Coming to Linux PC sometime in 2022, Hyper Team Recon from Nathan Burton and Top Hat Studios is a seriously charming upcoming 3D platformer that follows a bunch of shapeshifting aliens.

"Three energetic aliens, Ember, Penny and Lite, are tasked by their commander to travel to Earth in order to learn more about the lifeforms inhabiting the planet, using their species unique morphing abilities to disguise themselves as girls in order to keep a low profile, but after the trio get split up and stranded on Earth after their ship crashes, they will each have to traverse through a variety of levels and locations full of platforming, puzzles and combat!"

Have a look at the trailer below: 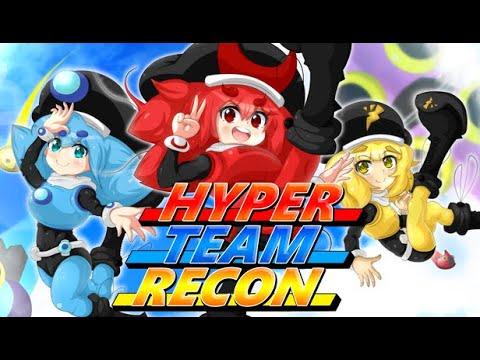 At times we've seen games described as being like something Nintendo would have on their consoles, and this I think definitely would fit in there. Vibrant colours, wonderful design and idea with gameplay that definitely looks fun. Mixing paper cut-out styled characters with a 3D platformer viewpoint is an interesting design choice too.

Shown off during Gamescom, we spoke to Top Hat Studios who confirmed with the developer that it is indeed another in their publishing portfolio that they will be helping to bring to Linux.

We do often include affiliate links to earn us some pennies. We are currently affiliated with GOG and Humble Store. See more here.
About the author - Liam Dawe
I am the owner of GamingOnLinux. After discovering Linux back in the days of Mandrake in 2003, I constantly came back to check on the progress of Linux until Ubuntu appeared on the scene and it helped me to really love it. You can reach me easily by emailing GamingOnLinux directly.
See more from me
Some you may have missed, popular articles from the last month:
The comments on this article are closed.
3 comments
Shroobster 30 Aug, 2020

I love chiptune, but there's something especially grating about this off-key attempt. Sounds like decent sound design too, but that tune... oof. Straight to mute.

Love the look of this though, I'll likely be picking it up when it's baked and ready.
0 Likes
While you're here, please consider supporting GamingOnLinux on: