Godot Engine 3.2.4 gets a second Beta with lots of improvements

Godot Engine continues seeing upgrades to the current 3.x series while the work is ongoing to bring Vulkan support the upcoming Godot 4.0. The second Beta of Godot Engine 3.2.4 is out now.

This has quickly become the most advanced and fully featured free and open source game engine around, and their work on it continues to be seriously impressive.

The lighters per object change is a great one, something I've seen a few developers gripe about and try to get around. Speaking on Twitter about the old limit, Godot's lead developer Juan Linietsky mentioned how "stupid" they felt about not having made it customizable originally and that while it's not optimal having it as an option is better, especially given the power of most computers now.

Read more over on the Godot 3.2.4 Beta 2 release announcement.

If you're looking for some Godot tutorials you should check out GDQuest, and they have a number of examples open source and up on GitHub like their recent Tactical RPG movement release pictured in testing below. 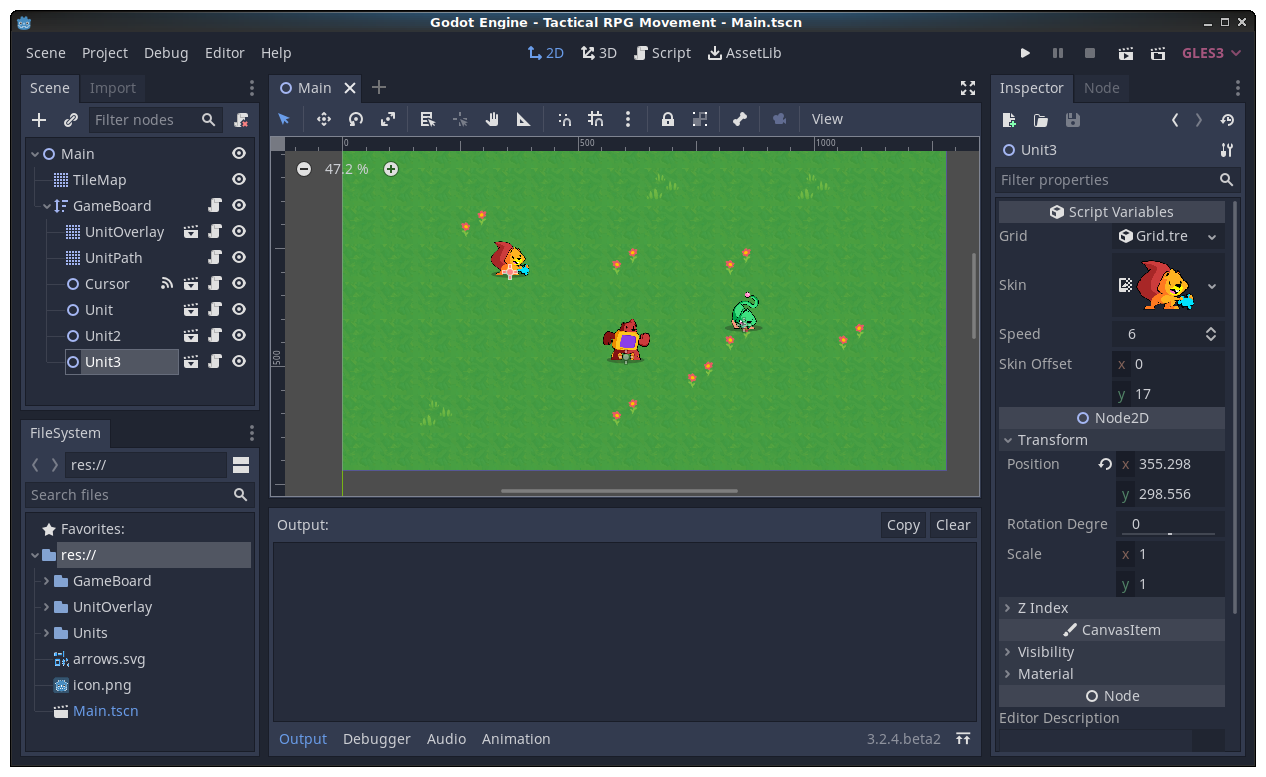 Are you working with Godot? Feel free to let us know what you're doing with it in the comments.

View PC info
Godot is awesome, I use it pretty much daily for hobby projects and such, and I'm very much looking forward to 3.2.4 as its going to include a better light-mapper among other cool things.
The changes to the lights per object limit is indeed a big one, very happy to finally see that addressed.

Here's a few screenshots of some scenes I've made in Godot.

Would recommend this engine to anyone, especially if you're on linux.

Quoting: ThatOneGuyHere's a few screenshots of some scenes I've made in Godot.

Thank you! :]
0 Likes
While you're here, please consider supporting GamingOnLinux on: