Daggerfall Unity is the open source game engine built with Unity for running the 1996 classic The Elder Scrolls II: Daggerfall and it's coming along very nicely.

A new release just went up with Daggerfall Unity 0.10.28, which the developer mentions is now "feature complete" and so it will be moving from Alpha to Beta status soon. Going by their roadmap, that sure is a lot of completed items. It's not finished though, as they will move onto bug fixing, minor adjustments, modding, translations and so on.

What's new with this release? Large HUD support, along with the ability to have the HUD docked or undocked meaning it can either stretch or have a more fixed size - good for bigger resolutions where it might get too stretched. 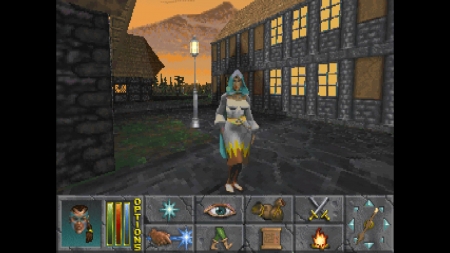 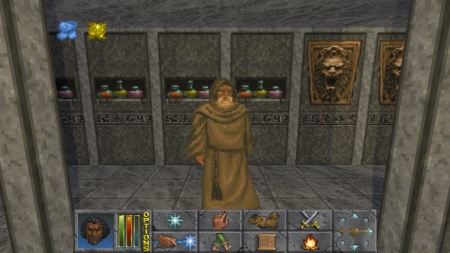 There's more ways to configure the HUD now in the settings file too, and a big overhaul to the movement system to better match the original. They can't match the movement system exactly, instead going for a system that enables you to feel more powerful and faster when you're a higher level. The biggest change appears to be the jumping ability, with it now giving small jumps to low levels and bigger / longer jumps for higher levels.

Plenty more smaller and varied fixes also made it in, there was a lot of little bits of fine tuning.

Since it's such an old game, it's also freely available as Bethesda Softworks put it up as a free download back in 2009. This means it really can live forever with an up to date cross-platform game engine. Daggerfall Unity isn't quite the same though of course, as it does have some unique enhancements so it's more like "Classic Daggerfall Plus" as the developer calls it.

Find it on the official site and GitHub.

Looking to play the later game, The Elder Scrolls III: Morrowind, with an up to date and open source game engine? Try out OpenMW too! It's quite awesome.

View PC info
Wow, that was really quick. Presumably a result of the original being open source, so little to no reverse engineering (or guessing/trial-and-error) was required.

Great work. I'm gonna have to try this, although with OpenMW also clamouring for my attention, not to mention all my modern games, god knows when I'm gonna get a chance to fit it all in. I have a couple of weeks off over Christmas though... so...

4 Likes, Who?
Potatoman24 9 Dec, 2020
This is interesting but the fact that they use unity for an opensource game engine development is... odd.
4 Likes, Who?

Quoting: Potatoman24This is interesting but the fact that they use unity for an opensource game engine development is... odd.

From what I can gather the choice to use Unity was ultimately to speed up development time, and to make the result easily moddable, which is a heavily desirable trait in any Bethesda game. Even with only a passing understanding of the Unity game engine, it's still easy to contribute to DFUnity in some manner. Hell, even I contributed a tad to the modding scene and I've never used Unity, my contributions involved me assisting a mod fix linux video playback, and I made some art assets.

The approach DFU took is almost the complete opposite of another project that for a time was being developed concurrently, DaggerXL. Which had a lone developer, was closed source, and used an original game engine, the open and accessible nature of the DFU project almost felt like a direct response to the slow-going XL project

View PC info
If I was a fan of games with "random generated maps" I certainly would play this one.

But I still like those kind of projects. I wish more old games could receive this kind of love from the community.
1 Likes, Who?
docofkult 9 Dec, 2020

Quoting: scaineWow, that was really quick. Presumably a result of the original being open source, so little to no reverse engineering (or guessing/trial-and-error) was required.

Are you saying TES: Daggerfall is open-source? This it the first time I have heard that and I can't seem to find any references to it online. Only that Daggerfall Unity is an open-source project.
1 Likes, Who?

Quoting: scaineWow, that was really quick. Presumably a result of the original being open source, so little to no reverse engineering (or guessing/trial-and-error) was required.

Are you saying TES: Daggerfall is open-source? This it the first time I have heard that and I can't seem to find any references to it online. Only that Daggerfall Unity is an open-source project.

Ah you're right. I conflated that a) DFU is open source and b) Daggerfall is available as a free download.

So still some reverse engineering was probably required after all. Maybe as a much earlier game, there wasn't as much though.

I'll have to update mine now, was running it on Debian Sid, and played for a few hours. Even picked up the old hint guide off ebay, that I lost in a move years ago.

Now to see if they can add new features to it, like apparently the original Daggerfall was supposed to have prostitutes in it! It was definitely one of those games that had too much feature creep, so they had to just release it, but then it released in a buggy mess like most of Bethesda's software.
0 Likes

View PC info
This seems to be a good time to get acquainted with this classic Bethesda game.
2 Likes, Who?
1/2»
While you're here, please consider supporting GamingOnLinux on: