War Thunder continues expanding its roster of countries available with the 'Ixwa Strike' update out now that brings with it South African armoured vehicles.

For ground vehicles there's 24 new with this update including a special South African subtree within the British ground forces and includes the likes of the SARC Mk.VI, Ratel 90, Ratel ZT3-A2, Olifant Mk1A and more. There's multiple new aircraft too like the F-5A, Mirage IIIE and the F8U-2 plus a few new additions to the naval forces. There's also a whole new map the Seversk-13, which is a mixed battle map so it's reasonably big allowing for armoured vehicles and aircraft to compete for supremacy. 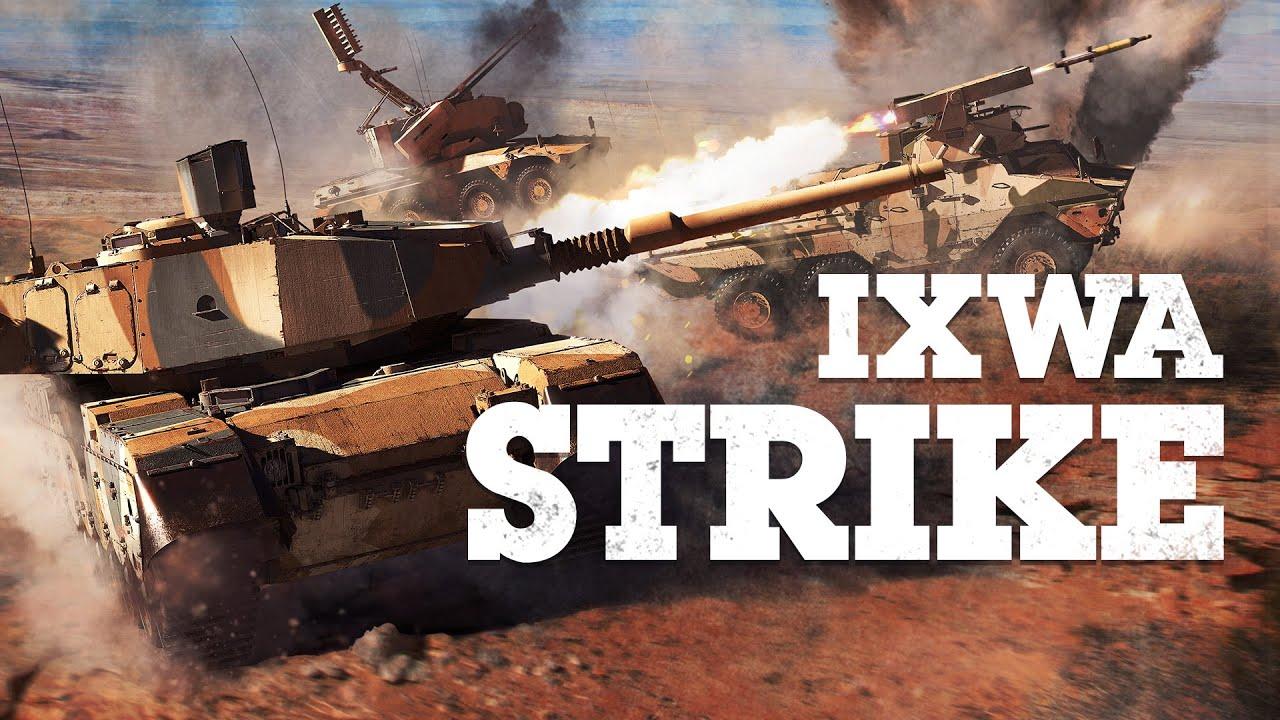 It's not just new additions though as there's masses of tweaks to the behaviour of damage models, flight model changes for various aircraft, the aircraft class "Attacker" has been renamed to "Strike Aircraft" and extended with the addition of a large number of vehicles, there's a few visual tweaks too like effects of shells on hard surfaces being improved, lots of sound work went into it too like new sound design for all aircraft weaponry, new explosion sounds for the visuals of shells hitting different surfaces, bombs have different sounds depending on mass and much more.

Overall, it's a huge upgrade for the game.

View PC info
And finally, my rare bug with my cursor is gone in a dual-display setup, it was soo annoying.
The gun sounds also became very impressive, it is like a new game now :)
0 Likes

Which issue was that?
0 Likes

View PC info
Had the same mouse pointer issue - for me it appeared some revisions ago: Had the game's own cursor and a system cursor on screen. The latter one never disappeared.

Though other issues remain:

bossbob88 13 Mar, 2021
View PC info
Unfortunately, they still did not fix the blurry texture issue, when you have less than 8GB of VRAM the game forces the texture quality to medium and to low with less than 4GB of VRAM.
0 Likes

View PC info
Just tried it again (first time with the vulkan renderer working on KDE) - man, what a difference! Runs even smoother than it did with proton last time that worked. Now only the graphical glitches on the map and point-bar need to be adressed ^^
Really good to see Linux being up to par again, was neglected for far too long.
0 Likes

ripper81358 14 Mar, 2021
View PC info
The game is now in good shape on linux. The Vulkan renderer works very well with my AMD Radeon RX 5700 and MESA despite the fact that the game officially still requires the proprietary AMD drivers. However it still crashes for me when i quit to the desktop.
0 Likes

Which issue was that?

Sometimes my Linux cursor appeared in the game, I had to alt+tab out and in every 2-3 minutes.
This only happened when I had 2 monitors, I got used to playing on a single monitor, but after this update, this issue vanished. (although if I Shift+Tab to steam I have this issue, but that is nothing)
0 Likes
While you're here, please consider supporting GamingOnLinux on: