Stranded on an Unknown Planet, Little Martian needs your help to survive and perhaps eventually be able to leave.

Little Martian is a top-down survival game that confronts you with decisions that alter the trajectory of the game, and force you to confront the morality of your choices. With graphics that look like they're out of a retro roguelike, Little Martian oozes charm from the moment you load it up. I am a complete sucker for survival games and the setting here seems pretty sweet. 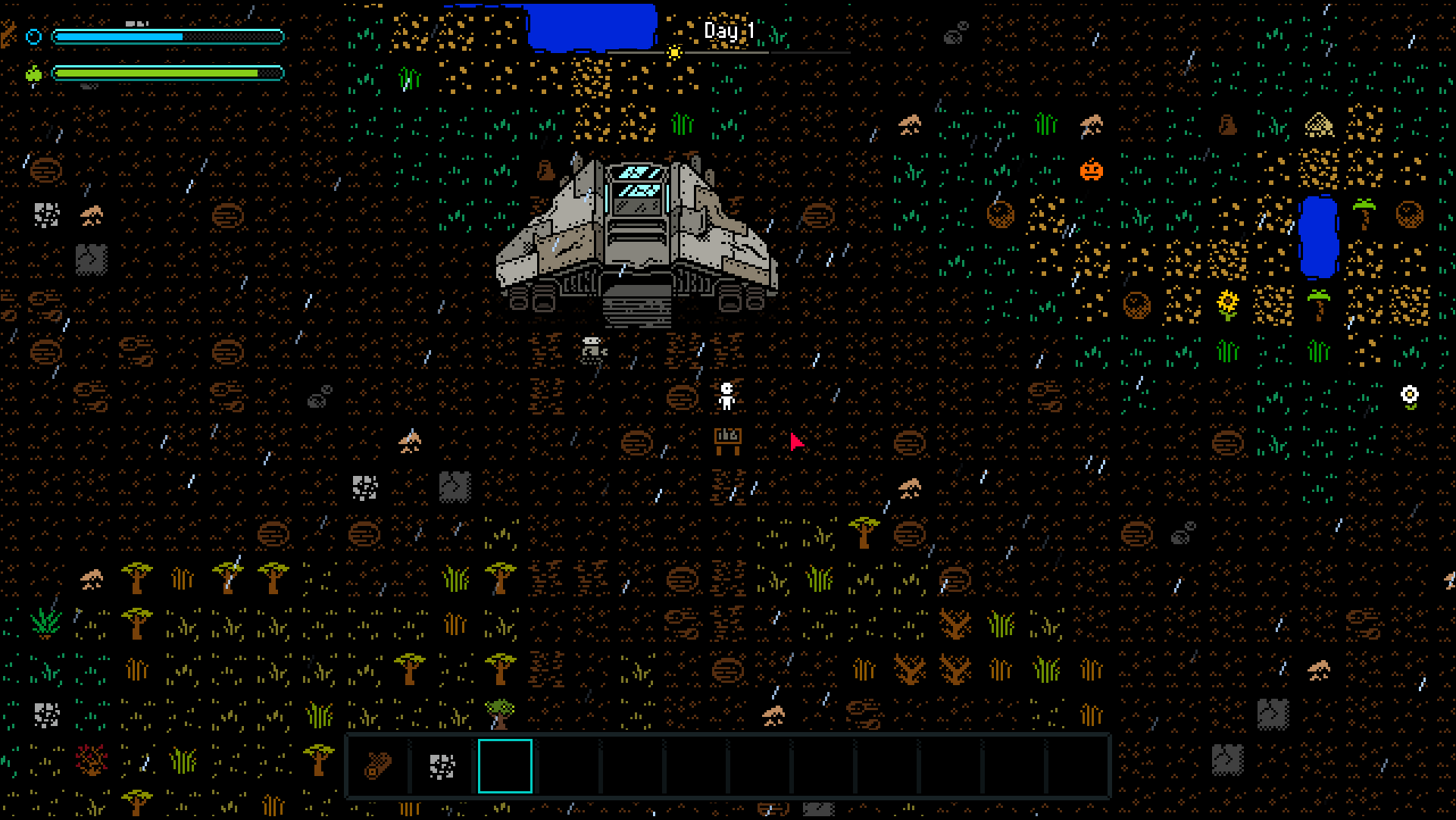 Like most survival games, the idea is to first get the basics together to survive the first night. Try to make a bed and some tools, and then go exploring as far as you can. Here it has the sci-fi edge to it though, so they can probably get away with doing a lot of strange things. Oh, you need to build an actual habitat too as it appears the the levels of sulphur in the atmosphere are too high for it to be breathable. The planet also appears to be dying and you arrival has not helped with that - you might not even be alone.

With the most recent update to the demo, the developer has now put up a Linux version which you can download here.

View PC info
I downloaded and tried out the demo. Seems decent. Reminds me of the game Wayward.
0 Likes

Quoting: KaluaLove the graphics. Will try the demo this weekend.

Funny how tastes differ. When I look at that screenshot, "love the graphics" is not what springs from my mind. More like "Civ II with the brightness turned way down".
0 Likes

Quoting: KaluaLove the graphics. Will try the demo this weekend.

Yeah. But I guess that's a good thing.
I grew up with playing games on the C64 and some of the games released for the good old C64 are still my favourite games till today. For me good pixel graphics are timeless. Good pixel art will always look great (at least for me).
0 Likes
While you're here, please consider supporting GamingOnLinux on: