Oversteer, the Steering Wheel Manager for Linux gets a big upgrade

If you have a Steering Wheel configuring it on Linux can be a breeze thanks to Oversteer and a big new release just recently went up with some fun new toys.

As usual, hardware manufacturers don't supply their own tooling for Linux users so it's up to the community to fill the gaps. Oversteer supports a lot of different wheels and pedals, with more being added in over time. Oversteer is easily becoming the go-to for wheel configuration. Oversteer 0.6.0 pulls in these changes: 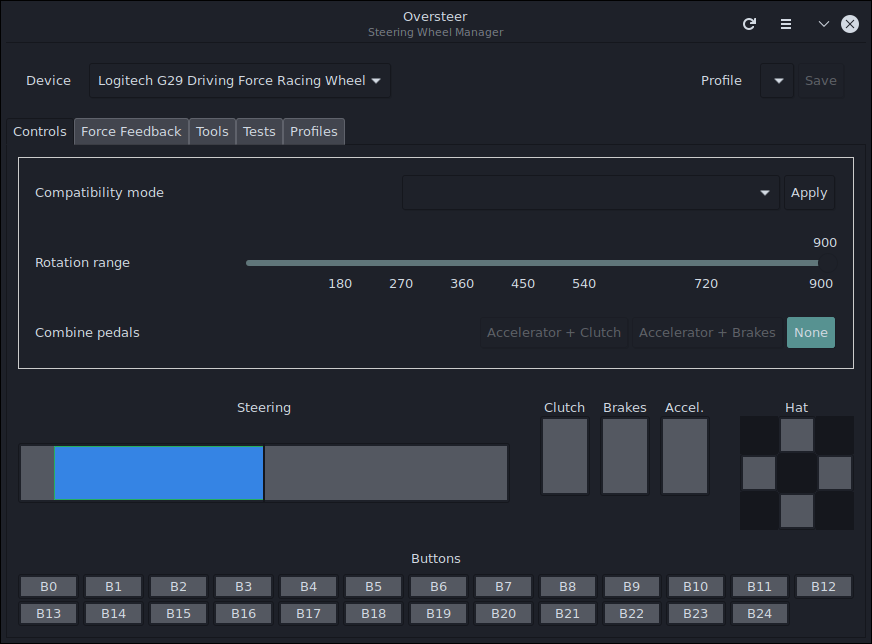 The new feature to run Oversteer as a companion app for games is useful. You can setup specific profiles for games, then add a launch option to Steam as an example, to have it auto-use a specific profile:

Great stuff. Check it out on GitHub.

View PC info
Oversteer is fantastic, and this seems to be a great releaase, but I was most happy to see this:

QuoteThese other wheels are getting suppport as their drivers mature:

View PC info
Thanks a lot @berarma for this great release!
1 Likes, Who?

View PC info
Does anyone know if these new FANATEC drivers work with other generic PS3/PS4 wheels as well? I would guess the PS interface should be more or less the same?

Edit: Ah, it looks like those have a special "PC-mode". Hmm... my PS4 type wheel does some what work, but it would be nice to have rumble support and some games seem to misunderstand it as a normal PS gamepad.

View PC info
Nice to see things improving with the wheels. I personally never needed this tool with my Logitech G920 as i can set the steering ranges and stuff in the games anyway, but berarma is doing amazing work and i have used his ffb-tools to workaround some proton incompatibilities in the past.
Nice to see FANATEC support improving.. Probably my next step up with wheel will be something from FANATEC.
1 Likes, Who?

View PC info
There is a T150 driver too on github. I haven't found a driver for the T500RS though.

Maybe those authors should join forces and create one driver for them all...
1 Likes, Who?
While you're here, please consider supporting GamingOnLinux on: