Imperator: Rome from Paradox is put on hold to focus on other projects

Paradox Interactive have announced that they've put Imperator: Rome effectively on hold for all of 2021.

As probably their least popular modern full game, Imperator: Rome struggled from the moment it was released. Paradox have tried to overhaul parts of it with some free updates, and some DLC for true fans but it appears all their work so far just hasn't been enough to turn it around in players eyes and in a business sense.

In a post on their community forum about how Paradox Development Studios are doing, they mentioned how PDS is split into three teams working on Stellaris, Crusader Kings III and Hearts of Iron IV. Imperator: Rome was intentionally missed out, as it's not currently being developed further:

You might have noticed that Imperator: Rome isn’t assigned to any of the studios mentioned above. The reason for this is that on a regular basis we analyze the projects we have in development, where they are at, what they are trying to do and also what people and resources we have working on them. As part of this analysis we realized that there was a need to bring reinforcement for a couple of the projects at PDS, and given where Imperator was at in the run up to 2.0’s launch, we decided that after the launch of the update we would move people from Imperator to these other projects. Right now we’re working on plans to regrow the team for Imperator and continue development, but for the short term we needed to focus our efforts on these other projects.

I wanted to break the news now to manage everyone’s expectations: don’t expect much Imperator news at PDXCON, or any new content coming out in 2021. We’ll of course get back to everyone with news about it as long as we have something to share! 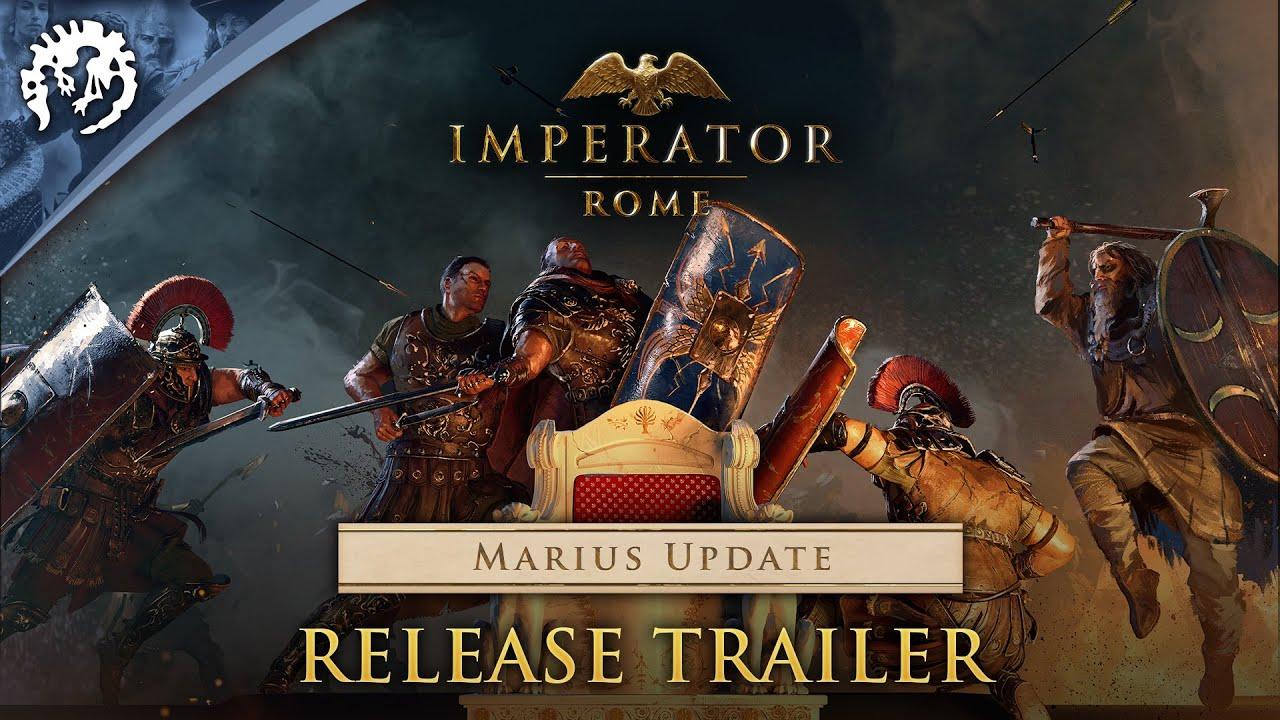 In other Paradox news, unfortunately for them it looks like the recent Europa Universalis IV: Leviathan expansion has become one of the most negatively reviewed DLC on Steam. Ouch. Paradox Tinto are currently in charge of that one and they're trying to fix it up.

About the author - Liam Dawe
I am the owner of GamingOnLinux. After discovering Linux back in the days of Mandrake in 2003, I constantly came back to check on the progress of Linux until Ubuntu appeared on the scene and it helped me to really love it. You can reach me easily by emailing GamingOnLinux directly and find me on Mastodon.
See more from me
Some you may have missed, popular articles from the last month:
The comments on this article are closed.
14 comments
Page: 1/2»

View PC info
Finally, they wisened up.
They failed the game and its potential at launch, and there was simply no coming back from that.

It's not like No Man's Sky where everyone wanted "a game like that" and was willing to give the game another go years after.
Rome is simply NOT a very hot topic right now, so a game launching with that setting would have to be almost perfect at launch to get a large following. They didn't manage to pull that off even remotely and so there was no audience that they could have lured back to it with continued support.

I was honestly surprised how long they tried, though.
0 Likes

View PC info
Other than Crusader Kings III, this was the Paradox title I was most looking forward to in the recent years. I am a sucker for Ancient Rome. It's one of history's most interesting settings, IMHO.

View PC info
I’m owner of many paradox interactive dev games.
Imperator Rome has much potential. But the systems they created feel half baked and are not really fun. Maybe it’s good that they take a break to come up with new/better ideas.

They should get their act together and do what made many people love their games.
4 Likes, Who?

View PC info
It's interesting to see what a complete failure Johan's project has been from the start to the end.
He wanted to "do things the old way and just make a game!" instead of working according to scrum (or at least something vaguely resembling it) and the other more "organized" ways that all PDS's projects are currently being developed using.
The result is a game with horrifying reviews, way over budget, huge stability issues and lacking design.
He then goes on to head the new studio in Spain, which in turn releases the add on with the worst review on Steam ever. At least according to a recent press release.
Great job! I must say it is quite a feat.
1 Likes, Who?

Quoting: GuestThere's a lot of complaints on Stellaris latest DLC as well. I think they've got to a point where the more they tinker or expand their games the worse they make them for one of two reasons. First, the people who buy it from the start keep on losing their save games, mods, playstyles and have to re-learn how to play the game every few or so updates. It's frustrating even if the game gets somehow better. Second, they've decided to target the multiplayer audience and they need to balance the game very well for that but it makes it lose its appeal, emerging story-telling, etc. That's what's cool about games like CK2, Stellaris, more than the strategy itself is. They need to keep EU IV/ HOI IV in a development mindset that is fundamentally different from their other titles.

I agree that Crusaders Kings is all about emergent storytelling, but Stellaris is seriously fun in multiplayer.

I don't get the hate with the recent patches. While it is true is a shame they are not introducing a lot of new quests and random events, the balances are quite good. I don't play Stellaris at what could be considered a competitive level, but I play it a lot with a group of friends, and until recently we had converged towards hive minds and robots because anything else was underwhelming. The latest changes have made things like lithovore empires perform quite well, corporations have now a considerable economic advantage over regular empires, and in general the range of viable strategies have increased considerably, making the game a lot more fun to play,
0 Likes

gojul 2 May, 2021
View PC info
I could never complete the tutorial of Imperator Rome, systematically getting unrest while not understanding what to do. So I gave up...
1 Likes, Who?

Quoting: GuestFirst, the people who buy it from the start keep on losing their save games, mods, playstyles and have to re-learn how to play the game every few or so updates. It's frustrating even if the game gets somehow better.

This. I honestly avoid buying thier games at release because if this "inevitability".

Honestly, the business practice.... None of that should be happening for a full release; the broken save games, relearning how to play. That's something you'd expect from early access. Not a full release and years later. But then you can't really sell DLC and still claim to be early access with out getting push back from gamers.

It feels to me, I have to wait for patches and buy a bunch of DLC in order to get the "real" game and not something that's incomplete at launch, even if it is a good game at launch, because I know all these changes and DLC are inbound. And because of the inflated cost, I'm not looking to buy at full price, which is less money for them, if I even remember to make the purchase (backlog, etc).
2 Likes, Who?
Purple Library Guy 2 May, 2021

Quoting: KimyrielleOther than Crusader Kings III, this was the Paradox title I was most looking forward to in the recent years. I am a sucker for Ancient Rome. It's one of history's most interesting settings, IMHO.

Well . . . it's not like you couldn't buy and play it today. They've just stopped adding stuff faster than in most of their games.
0 Likes

Trias 3 May, 2021
View PC info
A shame. After 2.0 patch I finally played a long campaign, till end year, and had lots of fun. Was really looking forward for this game...
0 Likes

Quoting: Guest...First, the people who buy it from the start keep on losing their save games, mods, playstyles and have to re-learn how to play the game every few or so updates. It's frustrating even if the game gets somehow better...

That is really a point. I played 2 playthroughs in Stellaris - a wonderful game. In the first run, I fucked up in midgame because I did not know enough about how the game works.

After that, in my second run, I had to learn so much things new because of a big update...

Today, I really ask myself, if I want to play another round. Since my last play, they changed so much and also I have to learn new things as I want to play the lithoids DLC I bought months ago.
But I am really not sure, if I want to learn the game again.
1 Likes, Who?
1/2»
While you're here, please consider supporting GamingOnLinux on: