After some time of being an Epic exclusive, HUNTDOWN has now released on GOG and Steam making it available for Linux from developer Easy Trigger Games. Note: personal purchase.

Was it worth the wait? Absolutely. It's insane - in the best way possible. It reminds me of Broforce for the over the top action, which remains as my all time favourite action platformer. However, HUNTDOWN is already looking like it might end up taking the number 2 slot - it's just that good.

"In the mayhem-filled streets of the future where criminal gangs rule and cops fear to tread, only the bounty hunters can free the city from the corrupt fist of felony. Lay waste to the criminal underworld and make a killing in this hard boiled action comedy arcade shooter." 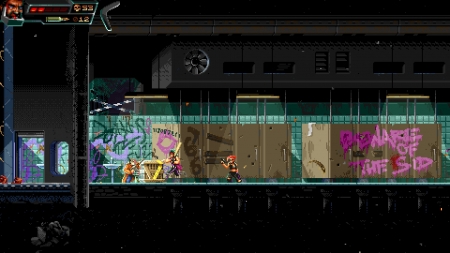 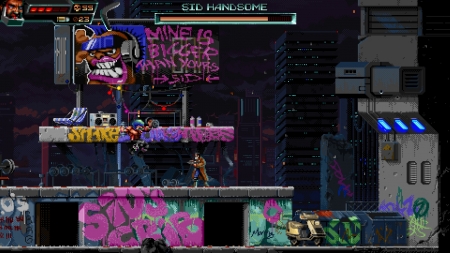 Featuring hand-painted gorgeous 16-bit styled pixel-art, it's an absolute feast for the eyes combined with the incredible fluid action back up by the pumping soundtrack. The voice acting is absolutely spot on too, fits in perfectly with each character. It's weapons and boss battles that make it ridiculously enjoyable though with such a fantastic mix available. Small guns, shotguns, machine guns, huge mounted weapons, a guitar, a bat and the list goes on - blowing things up just feels seriously epic here. 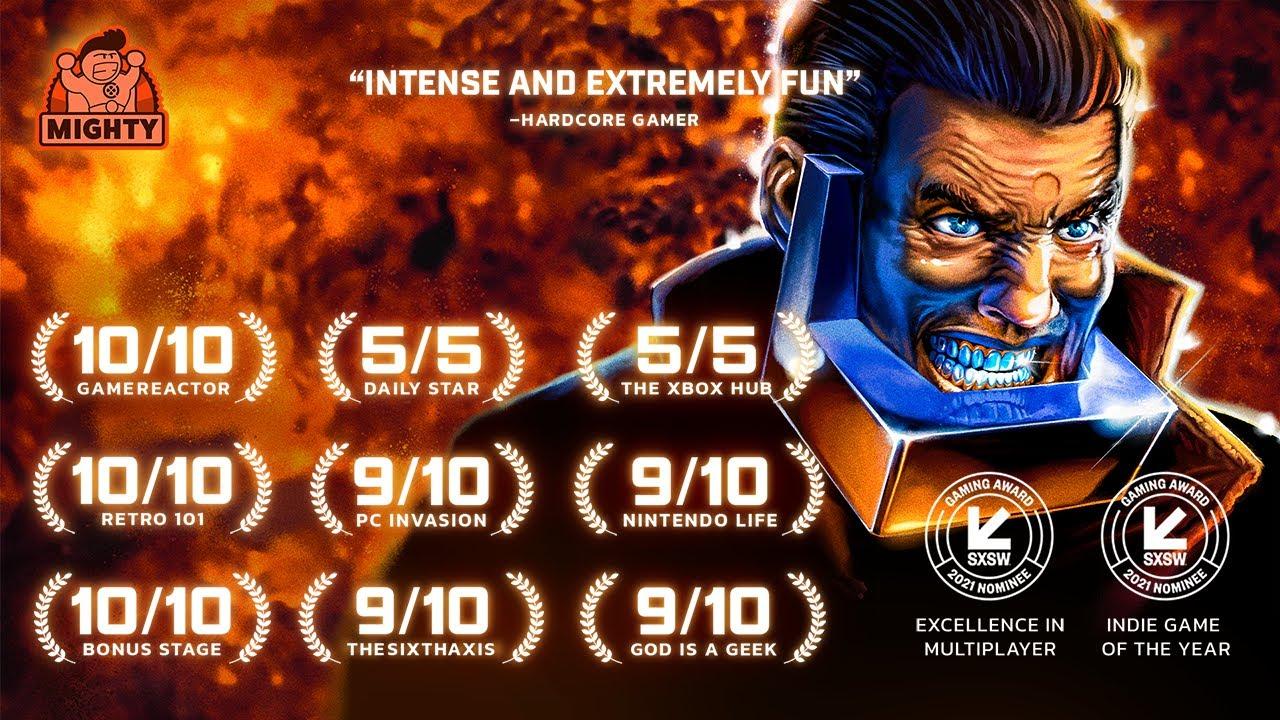 Gangs to take on:

It's an easy recommendation to go get it. Honestly it was love at first sight with HUNTDOWN. Not just because I grew up with similarly styled games but HUNTDOWN is close to perfection. As for the Linux version? Absolutely great! You just can't help but smile and maniacally laugh as you blast your way through it. If you loved games like Metal Slug, and other similar explosive experience do check it out. In a word — fantastic.

brokkr 13 May, 2021
View PC info
I just reinstalledc Broforce because I felt I was missing some simple sidescrolling popcorn action. This will fit the bill nicely. Thanks for the tip :)
0 Likes

View PC info
Yup, this is my cup of tea too. Is that the guy who voiced Duke Nukem (Jon St John) providing voice-acting in this?
1 Likes, Who?

brokkr 13 May, 2021
View PC info
BTW I absolutely thought this was Hunt Showdown when I saw the title. Too many games, too few words in the dictionary.
1 Likes, Who?

View PC info
Did I hear the voice of Duke Nukem (Jon St. John) in that trailer?
0 Likes

View PC info
Bought it yesterday, can't wait to try it on co-op

View PC info
That looks cool.
0 Likes
RanceJustice 17 May, 2021
View PC info
I was lucky enough to win a copy of the game from one of the partnered streamers during the release event! The game itself seems very, very well put together on all levels, from the artwork and style to gameplay mechanics it creates a hectic, thriving shooter imbued with 80s/90s sci-fi action! I look forward to continue showcasing it to others both on Windows and more importantly, on Linux!

I almost overlooked this title thanks to Huntdown being for a time (1 year!) exclusive to the Epic Games Store. While I attempt to be understanding how such a Faustian bargain is difficult to resist for indie developers (I have no compassion for AA/AAA who take the same deal while crying poor despite operating as a megacorp), such exclusivity harms PC gaming as a whole and especially Linux gaming as EGS seemingly purposefully does not support Linux - even when selling games that already have Linux builds when they were released on Steam (Slime Rancher is a good example)!

In many cases, developing and releasing first for EGS means that the game is much less likely to get a Linux port but thankfully Easy Trigger has proven to be an exception. Despite the somewhat frustrating year of EGS exclusivity, its release on Steam coincided not just with a massive update to the game but debuted Mac and best of all Linux support on day 1! This is pretty close to a miracle when we see how many indie and crowdfunded titles who end up failing to support Linux, even later in their releases. Even more so than other titles and developers, I unreservedly think Huntdown is worth purchasing on Steam and however we can showcase Linux support the better, hopefully leading to Easy Trigger Games' next title coming to Steam and Linux on day 1.

An excellent title all around and worth the wait, if Huntdown sounds interesting its certainly worth the purchase!
1 Likes, Who?
While you're here, please consider supporting GamingOnLinux on: