Our Machinery has announced the availability of their game engine The Machinery with an Early Adopters program that gives a discount on the licensing, although it's free if your team pulls in less than $100K.

It's a pretty crowded market now, especially so with the recent announcement of the free and open source Open 3D Engine based upon Amazon Lumberyard. You have to have something pretty special to have developers pick you over Unity, Unreal, Game Maker, Godot and all the other established names. So what makes The Machinery different?

Well, they say the whole thing was designed to be hackable. Everything is plugin-based and they offer a "wide range of tools and applications to help developers create and build compelling games, interactive experiences, and high-end virtual worlds". The basic idea is to not force developers into a specific way of using it, but give developers a platform they can extend exactly how they want and make The Machinery into their own tool. Something like the Lego of games engines perhaps? Snap pieces together however you want.

“During our time working with other technologies, we saw a need for a flexible and lightweight 3D engine,” said Tricia Gray, Co-Founder and Chief Executive Officer of Our Machinery. “It’s been exciting and challenging making a new game engine in a space that’s pretty competitive, but we feel The Machinery offers a robust and customizable experience that will allow developers to have much more freedom and flexibility to create the game of their dreams. We have tremendous passion for what we do and look forward to working with the many developers that share our passion to create.” 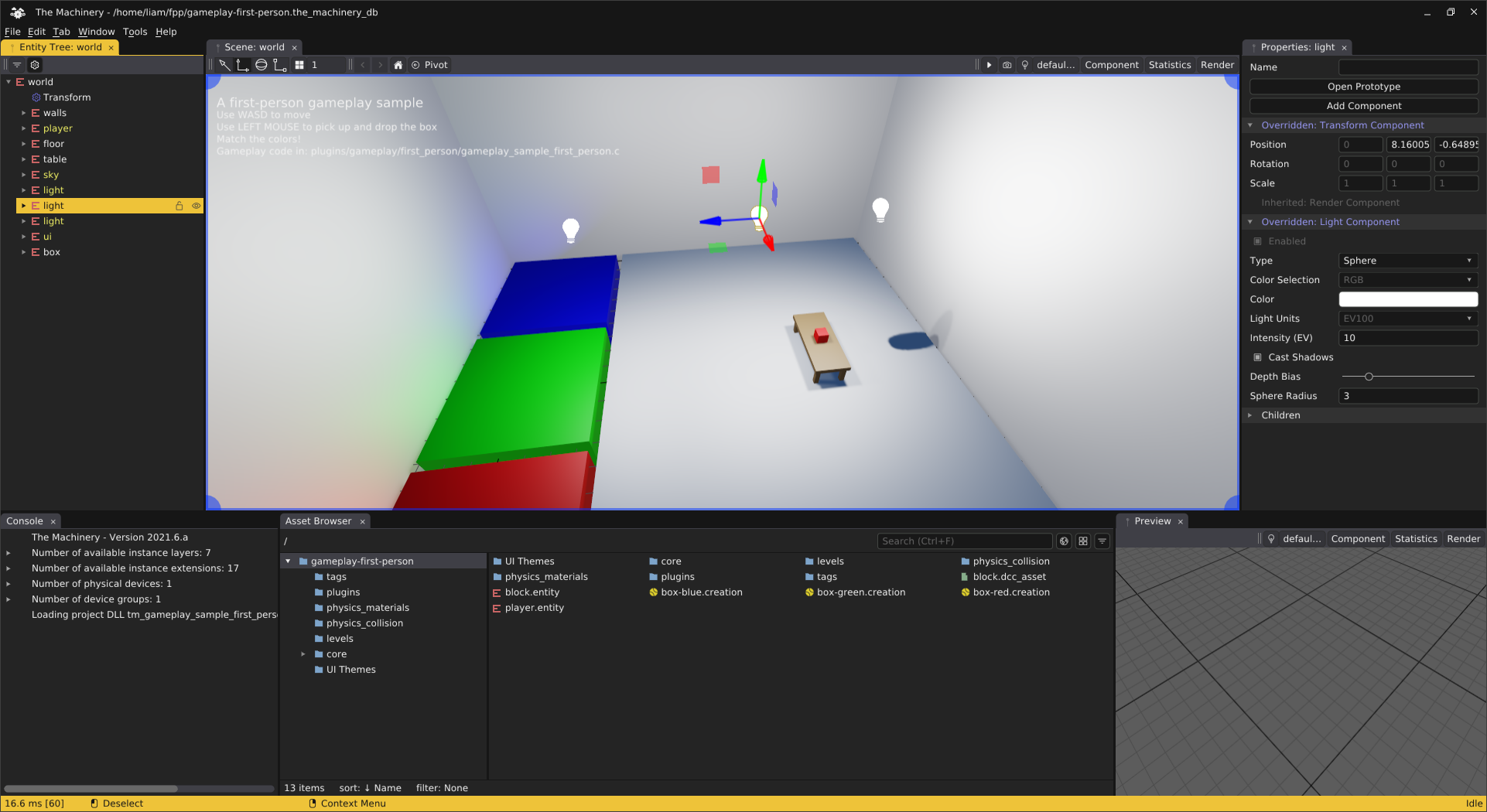 Pictured - The Machinery on Arch Linux

Seems they may be onto something though, as Our Machinery secured funding from Arrowhead Studios, Fatshark founders, Martin Wahlund and Rikard Blomberg, and Avalanche Studios founders, Linus and Viktor Blomberg.

“We invested in The Machinery personally because we feel strongly about its capabilities and performance,” said Linus Blomberg and Viktor Blomberg, Avalanche Studios Founders. “We will be opening a new game studio later this year and The Machinery will be our engine of choice to develop and create the games we are envisioning. The team at Our Machinery has a clear vision of their own and goals that align with our values. We see our partnership lasting for many years to come.”

It has been tested running on Ubuntu 20.04 and Arch Linux. See more on the Our Machinery website.