With the latest update to the single-player arena-styled first-person shooter Cathedral 3-D has now been released officially for Linux.

"Cathedral 3-D is a fast-paced, arcade, single-player, endless arena inspired by the early 3-D shooters of the 90s. You are the Monster, a powerful and incredibly agile beast armed with fiery breath. Your lair – a cathedral floating in the sky – hides a chest containing your heart. The humans want you dead, and they are coming in endless hordes to destroy you and your chest." 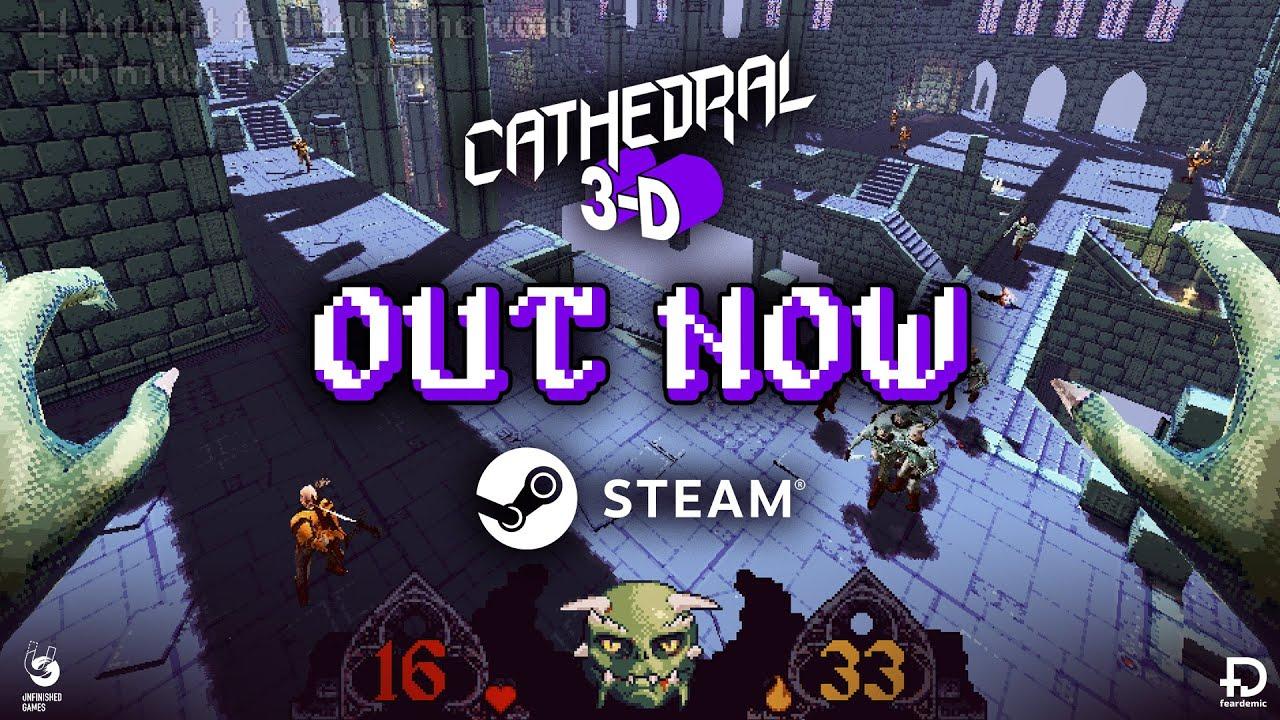 View PC info
I kind of confused this with Catacomb 3-D. Color scheme is even bit similar

Nice touch though is that light and shadow look somewhat modern so they're not aiming to be retro all the way. Based on the reviews though developer has some work to do as current rating is mixed on Steam.
0 Likes
While you're here, please consider supporting GamingOnLinux on: