Valve continues going through the almighty Steam library to tag games through their Deck Verified certification for the Steam Deck. Let's have a look at the current numbers and what's new.

Currently across games, software and DLC there's a total of 1,352 that are either Verified (740) or Playable (612). Thankfully it's easier than ever to track, since Valve have the official categories available on Steam and you can sort it by the time the latest compatibility happened.

Here's some of what's newly added:

In case you missed it, I did a quick video previously of Valheim running: 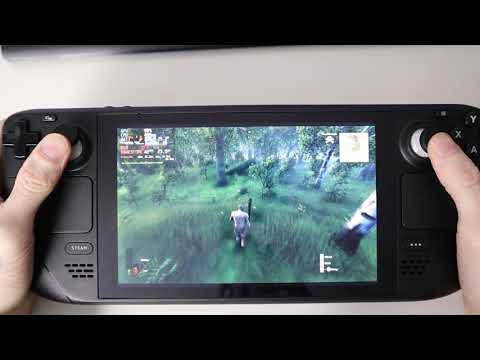 We do often include affiliate links to earn us some pennies. We are currently affiliated with GOG and Humble Store. See more here.
About the author - Liam Dawe
I am the owner of GamingOnLinux. After discovering Linux back in the days of Mandrake in 2003, I constantly came back to check on the progress of Linux until Ubuntu appeared on the scene and it helped me to really love it. You can reach me easily by emailing GamingOnLinux directly.
See more from me
Some you may have missed, popular articles from the last month:
7 comments
TheRiddick 15 Mar

View PC info
Allot of people were complaining that Valheim is a pretty terribly optimized game even for normal PC. Given its low polygon+texture art style, that is surprising.
0 Likes

Quoting: TheRiddickAllot of people were complaining that Valheim is a pretty terribly optimized game even for normal PC. Given its low polygon+texture art style, that is surprising.

It has a lot of the same problems as other open-world games due to their dynamic nature. It doesn't help that Unity still doesn't seem to have the best performance for big games like it.
1 Likes, Who?

View PC info
If Splitgate is verified, does that mean they've fixed the voice chat issues on Linux?
0 Likes

Quoting: TheRiddickAllot of people were complaining that Valheim is a pretty terribly optimized game even for normal PC. Given its low polygon+texture art style, that is surprising.

Everything seems fine, until your friends decide to build a (massive) base...

Phlebiac 16 Mar
View PC info
I was going to say "I sure wish they showed the Steam Deck compatibility info on the game page" - but then I found that they do! It's just buried pretty far down in the right-hand column. When I get some time I'll have to see if anyone has made a GreaseMonkey script for moving that to a better spot, and if not try to do so myself!
1 Likes, Who?
TiZ 16 Mar

Quoting: GazocheIf Splitgate is verified, does that mean they've fixed the voice chat issues on Linux?

No, they haven't. I'm a semi-regular Splitgate player on Linux and we still don't have working voice chat.

The fact that they called it Verified even with that could mean a few things, going from worst to best:

1. They didn't listen to Ethan whatsoever and Deck verification is still slapdash nonsense.
2. They had legitimately no idea it existed. I actually didn't know it existed until I happened to look into it, because I don't have any use or need for it. FPS players tend to be the most toxic and obnoxious of normie gamers, and Splitgate, going by its Discord, is no exception. I don't want to hear those people anyways.
3. In-game voice chat is not considered significant enough functionality to warrant its exclusion from verification. And honestly? I kind of agree with that, if that's the case. The main reason you would want voice chat is to talk with your friends when you're on a team together, but Discord better serves that need and works across multiple games. I can't imagine anyone is so attached to the in-game voice chat that they wouldn't accommodate if a Linux player asked to chat on Discord instead.
0 Likes
While you're here, please consider supporting GamingOnLinux on: