Want to see who is chatting in Discord on a Steam Deck or Linux desktop, while you're gaming or doing other things? Let me introduce you to the Discover Overlay.

Giving you quite a few options to tweak the style to your liking, you can display the avatar of people in your currently connected voice-chat, and text channels as well. It's really useful and makes it all incredibly easy to do. To give it a test and a brief guide because it really is simple to get going, check out this video below: 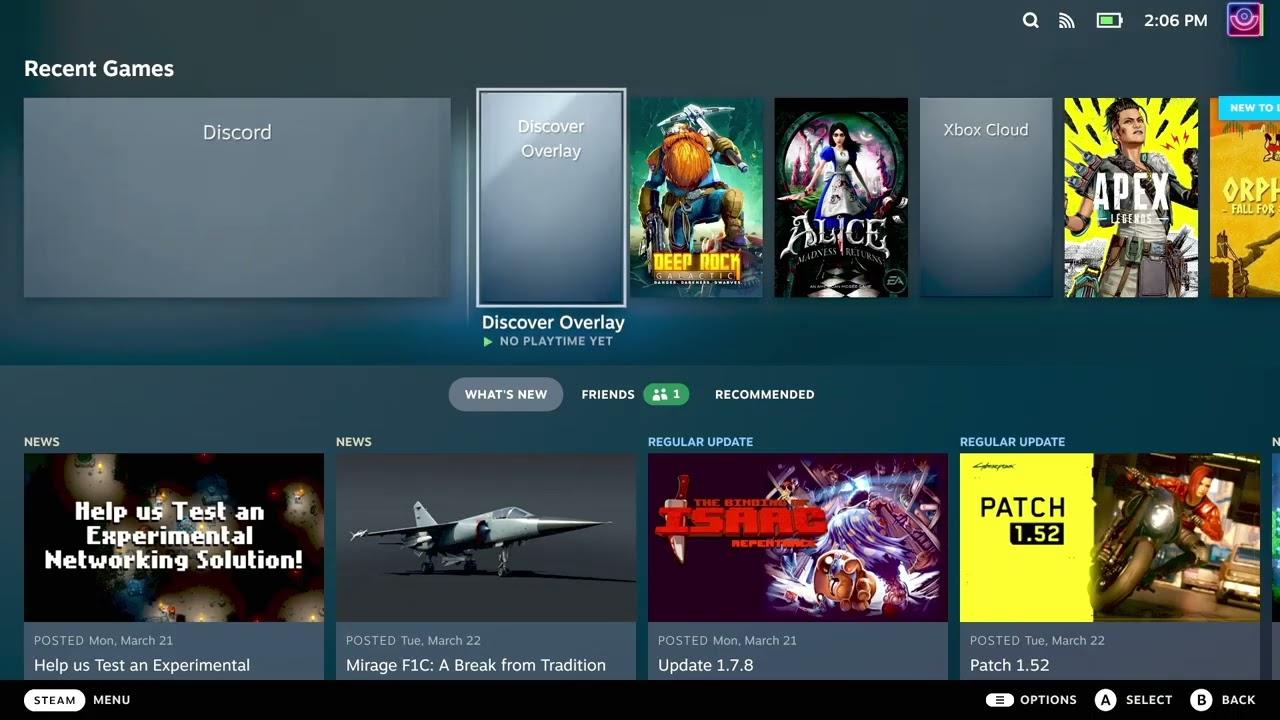 Full Steam Deck instructions on the official site. Note: it does not work together with the performance overlay.

There's fun little story behind some of the work involved here though, as it turns out one of the developers of the Discover Overlay is partly responsible for having the performance overlay on Steam Deck being a thing. I asked them about it, here's what they said:

As for our work targeting the Steam Deck... We realised pretty early after it was announced that we would 100% like to target it, it was just a question of how. After it became apparent that the deck would use Gamescope as it's compositor, trigg started looking into the feasibility of overlays with gamescope. In October he submitted a PR which laid the groundwork for getting external overlays running on the deck. This was later used as the foundation to get MangoApp running on the Deck - https://github.com/Plagman/gamescope/pull/363

We were pretty hyped about getting code into gamescope! After the official launch of the Deck we realised that we didn't actually have any way of testing whether our overlay actually runs on the Steam Deck or not. Thankfully we managed to get hold of one just over a week ago and work has been non-stop since then to get the overlay running perfectly, get the app in the Discover store & get a landing page setup for users to easily install the project!

You can download it easily for Linux / Steam Deck from Flathub or see the source and find other instructions on their GitHub page.

View PC info
Still say they need to rename this to something else, maybe...
Discordvery? Discoverlay? At least not worse than the current. :)
5 Likes, Who?

View PC info
These video tutorials are just superb. There have been loads of times that I've read about software/technology that is probably really cool and useful, but I just couldn't visualise it, so I never bothered to take the time to learn how it works and put it in place.

At a glance, I can see how useful this would be, thanks to the video. And it would be a breeze to get working generally, regardless of the fact it's geared towards showing us the Deck.

Magic work, Liam. Also, "hi" back to Australia! I've only visited once, for my honeymoon, and that was 20 years ago! But I'll never forget that trip - Perth, The Urulu, a couple of days in Cairns (which felt like the Wild West) and on Hamilton Island (which remains the most luxurious place I've visited, ever), then the bulk of our time in Sydney. Amazing place.
5 Likes, Who?

View PC info
As stated in the previous comment I also think the name is plain stupid, regarding https://apps.kde.org/de/discover/ used as a GUI to install stuff on KDE. It can only cause confusion and even more so on the Steam Deck where people not familiar with KDE end up so one might wonder if this was even done on purpose.
0 Likes

View PC info
Ah yes, Discover Overlay, which you install using Discover, which you can also use to install Dolphin emulator, not to be confused with Dolphin file manager.
5 Likes, Who?
Purple Library Guy 22 Mar

Quoting: rustybroomhandleAh yes, Discover Overlay, which you install using Discover, which you can also use to install Dolphin emulator, not to be confused with Dolphin file manager.

Or the Lost Dolphin of France.

Yo, didn't expect you to be here. Ya got some cool looking software there.

Yo, didn't expect you to be here. Ya got some cool looking software there.

Thanks, Trigg does most of the hard coding work, I mainly just wind people up on Reddit ;)
1 Likes, Who?

const 22 Mar
View PC info
Is there a way to globally set a button for push to talk? I realize I could just map one of the back-buttons, but that would be per-game, so kind of a bummer
1 Likes, Who?
1/2»
While you're here, please consider supporting GamingOnLinux on: