We've sort-of known for a while that Valve were working towards a next-generation VR headset to succeed the Valve Index and we've now seen a lot more supporting evidence that it's getting closer.

Plenty of this is thanks to the tireless work of XR Hardware Analyst Brad Lynch, who had been keeping an eye out for anything interesting that pops up. The codename of the device appears to be "Deckard", and a lot of the information is actually thanks to SteamDB who constantly track updates to Steam code on their GitHub where you can see a lot of the text strings being added in preparation.

You can see Lynch go over plenty of the leaked info in the below video: 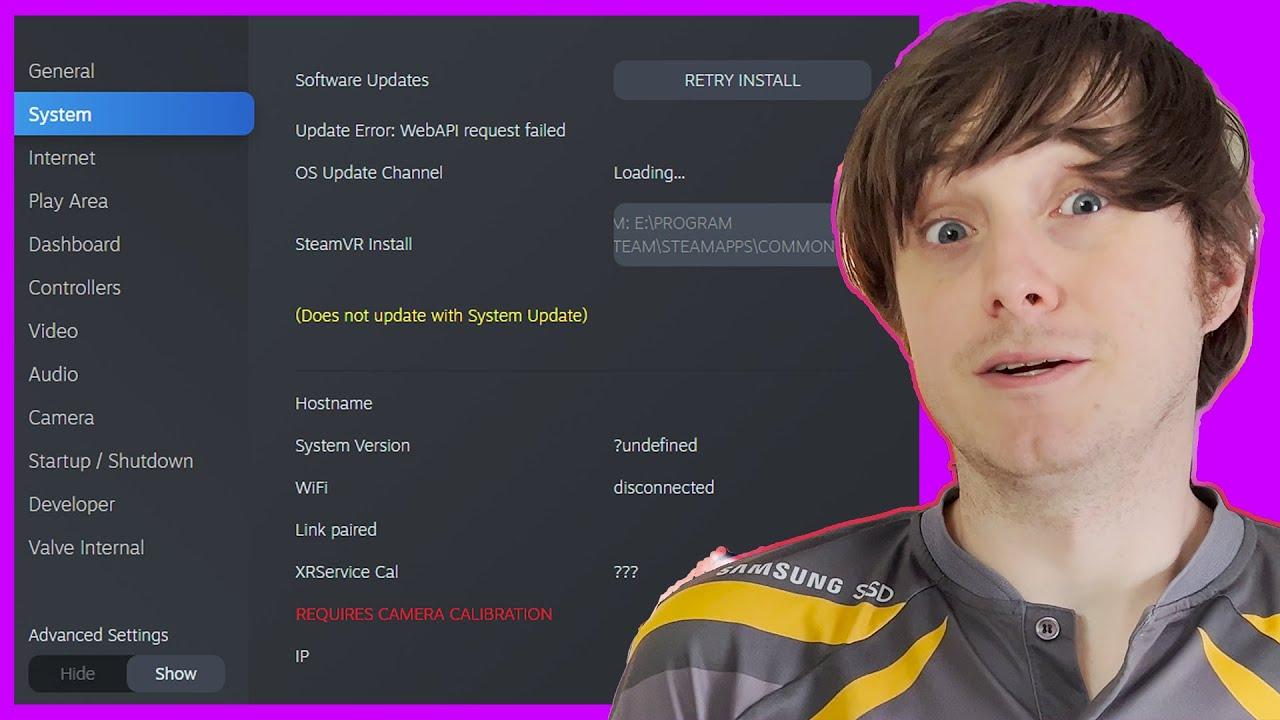 As a huge fan of the Valve Index, which I took a look at some time ago, the idea that we might be able to play without wires hooked up to a PC is thoroughly exciting. Even more exciting, is that it's quite likely in any standalone mode that it would use Linux, which is again a good reason for Valve to continue working on Proton outside of the use on the Steam Deck.

Then there's also the recent Patent, which shows off a possible new design of Valve's upcoming VR headset. The patent was filed in December 2021, and went public on June 16 2022. The patent is focused more on the fitting with the strap system, rather than going into technical details on how it will function. Still, we do get a little hint as to what it may have with the patent mentioning "the rear housing may house wireless transceivers, a battery, microphones, input/output devices, processors" and it also mentions the front may have "antenna(s)" and a few other references that do indicate wireless play.

Obviously it's not a confirmation that one will actually be released but still fun to see and clearly Valve are working on something big. 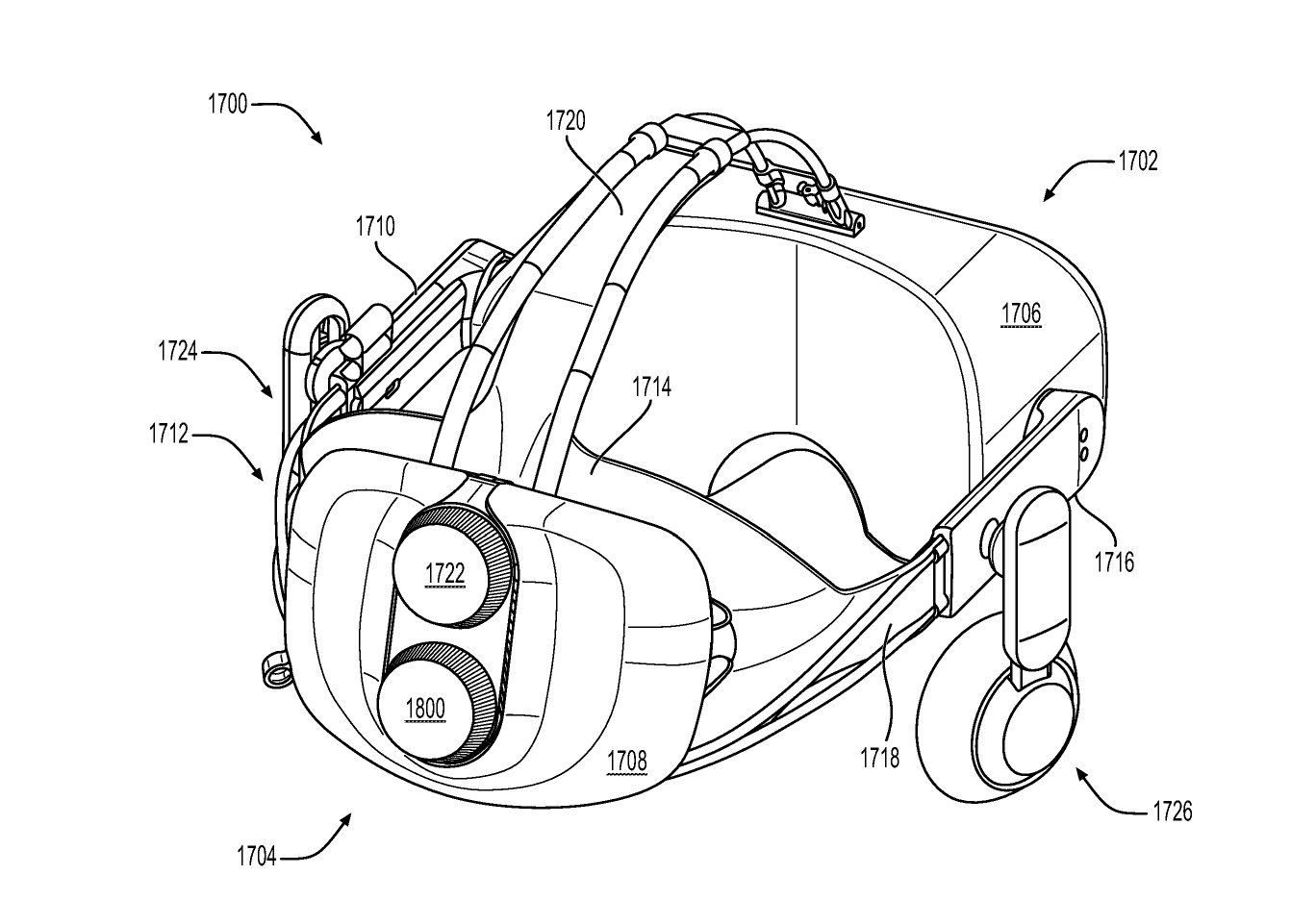 Spyker 21 Jun
Valve needs to release an updated but cheaper VR headset than the current Valve Index if they want to regain market share over Meta.
2 Likes, Who?

View PC info
With the Steam Deck improving gaming overall on Linux, I hope the Deckard will help with VR games on Linux. There are still quite some annoyances, like async reprojection (on nVidia) still having issues, Steam VR crashes, etc. And while Windows users can use LIV to present VR games easily in mixed reality to viewers, we Linux gamers have to hope for integrated 3rd person cams or to depend on mods. And even then it's kinda tricky to do the calibration manually.

Valve has done a great job with the Deck... fingers crossed they can pull off another success story with their next VR HMD.
3 Likes, Who?

View PC info
Curious to see the specs on the screen etc.

Very interested in VR since the Oculus announcement, but so far haven't bought anything since it isn't good enough yet visually.

Did try the Index at my cousin, and although fun, the whole cable mess was a downer.

Quoting: Sojiro84Curious to see the specs on the screen etc.

Very interested in VR since the Oculus announcement, but so far haven't bought anything since it isn't good enough yet visually.

Did try the Index at my cousin, and although fun, the whole cable mess was a downer.


I great you'll have to choose between cables and low res.
Which makes me think... A standalone device, pluggable for high-end graphics...?
0 Likes

elmapul 21 Jun
View PC info
i hope that dont split the atention of their fans between two products
1 Likes, Who?
PinballWizard 21 Jun
Every chapter heading in the manual should be "Enhance".
2 Likes, Who?

View PC info
Now how about that Steam Controller v2? :P
3 Likes, Who?

Quoting: elmapuli hope that dont split the atention of their fans between two products

I wouldn't worry too much about that - they're for two different market segments, as far as I can tell, since one product isn't an alternative for the other.

t3g 21 Jun
View PC info
I have the Samsung HP Odysee+ and HP Reverb G2 and while they are great, I hate having to deal with the wires for USB and DisplayPort/HDMI. I'm ready to go wireless!
1 Likes, Who?

View PC info
No cables and more resolution? Yes please!
Although for the latter the 4000/7000 GPUs would need to perform considerably better than expected to really be practical ^^
0 Likes
1/2»
While you're here, please consider supporting GamingOnLinux on: