Wine on Wayland sounds like it's coming along nicely

Collabora have given an end of year update on how the work towards running the Windows compatibility layer on Wayland is coming along and it sounds good.

Their focus has been to keep up with upstream Wine development, which involved "splitting the driver into a PE and Unix part, updating it for the latest internal driver APIs, and making preparations to support WoW64". A big improvement is that it now supports cross-process rendering, something required for Chromium/CEF applications. On top of that they've also worked on improved support for the linux-dmabuf v4 Wayland protocol (aka dmabuf-feedback), that "allows compositors to dynamically send information about optimal formats and modifiers, e.g., depending on the surface presentation mode (fullscreen vs windowed)" plus many other ehancements.

On the Wine Development mailing list, developer Alexandros Frantzis also touched on when to expect the code in upstream Wine:

Last year, due to the extensive ongoing internal rework in Wine (e.g., win32u), the decision was made to postpone the upstreaming of the Wayland driver until some amount of internal stability had been reached. My impression is that things are a lot more stable now, from the drivers' point of view at least. Is there any upcoming work that people feel would be severely hindered by the upstreaming of the Wayland driver?

Ideally, I would like to start the upstreaming effort (which I expect will take some time) at some point early next year, after the codebase has been unfrozen. Does this sound reasonable? 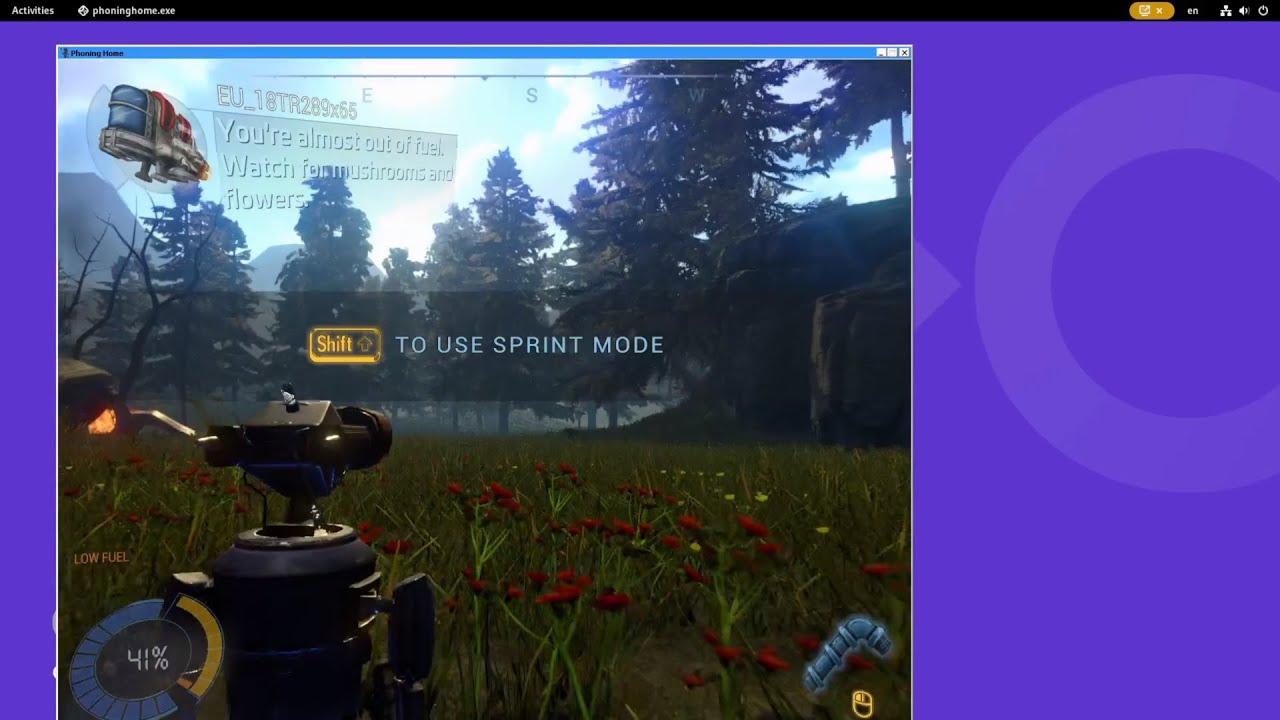 Why is this important? It's because Wayland is gradually replacing X11, and having Wine run on it natively without another compatibility layer in between like XWayland will hopefully improve performance and reduce another layer of complexities to go through for both users and developers.

About the author - Liam Dawe
I am the owner of GamingOnLinux. After discovering Linux back in the days of Mandrake in 2003, I constantly came back to check on the progress of Linux until Ubuntu appeared on the scene and it helped me to really love it. You can reach me easily by emailing GamingOnLinux directly.
See more from me
Some you may have missed, popular articles from the last month:
8 comments
Purple Library Guy 13 Dec, 2022
Cool.
1 Likes, Who?

View PC info
I had some pretty mixed experience running (vanilla) Wine on Wayland. Of the two games I tried, one had missing UI elements, the other just hang after the intro.

Now, admittedly this was a niche use-case (running old pre-D3D9 games) and some of these issues might be specific to my system and/or build.

What's positive is that wine-wayland had less issues than (Wine with) Xwayland. Both games ran without problem. I'm also quite impressed by the development pace of wine-wayland it seems to progress much faster than I had anticipated!
0 Likes

Quoting: whizseI had some pretty mixed experience running (vanilla) Wine on Wayland. Of the two games I tried, one had missing UI elements, the other just hang after the intro.

I don't use WINE very often, but so far every game I've tried has worked fine with vanilla WINE and XWayland (using Sway WM). Everything I ran was D3D9 or later though, and this was just in the past couple months using the latest WINE + DXVK.

In any case I'm excited for wine-wayland, to drop some X11 dependencies and possibly improve performance :)
0 Likes

This is literally how I feel whenever new Wayland/Portal things land. Cool.

I guess I tried making Wayland work for me once, it was too much of a pain in the ass. I'll wait until it reaches "just works", all the tools matures, and I don't notice any differences. So it's cool whenever new Wayland things lands, but just that, cool.
1 Likes, Who?
japzone 14 Dec, 2022
I find it kinda hilarious that Crayon Physics Deluxe is being used as a benchmark.
0 Likes
Purple Library Guy 14 Dec, 2022

This is literally how I feel whenever new Wayland/Portal things land. Cool.

I guess I tried making Wayland work for me once, it was too much of a pain in the ass. I'll wait until it reaches "just works", all the tools matures, and I don't notice any differences. So it's cool whenever new Wayland things lands, but just that, cool.

Yes, well, I use Mint, which seems to have about that attitude as a distro, so my experience of Wayland is pretty theoretical. So I'm kind of waiting for the time when Clem decides he's ready to go for it. Every Wayland announcement I'm sort of thinking "Wonder how close we are to when Wayland gets boring enough to be 'ready for Mint'?"
1 Likes, Who?
While you're here, please consider supporting GamingOnLinux on: