AMD came out with a bang at CES with a whole bunch of new products, including some impressive looking X3D processors added to the Ryzen 7000 lineup.

Here's the list of the new X3D AM5 processors, which AMD claim are the "fastest gaming processors in the world" with "up to" 14% faster performance over the previous generation. These will release in February 2023:

AMD also expanded their list of their normal Ryzen 7000 processors with new 65w variants that are due to launch January 10 2023. These include:

On top of that there's also a whole bunch of new mobile processors too due out in February 2023:

More mobile processors, this time for thin and light laptops due out in March 2023:

The mobile announcements kept going with Zen 3+ mobile chips announced they said for long battery life due out during January 2023:

Plus these plain Zen 3 mobile chips also due January 2023:

That's quite a lot to take in and those new desktop X3D have my mouth watering a bit. I only upgraded to a 5800X in the last year, I don't exactly need another upgrade but gosh they sound great. I need a PSU and GPU update next though…

Will you be looking to grab any of these? Do let me know in the comments.

You can see the full event video below: 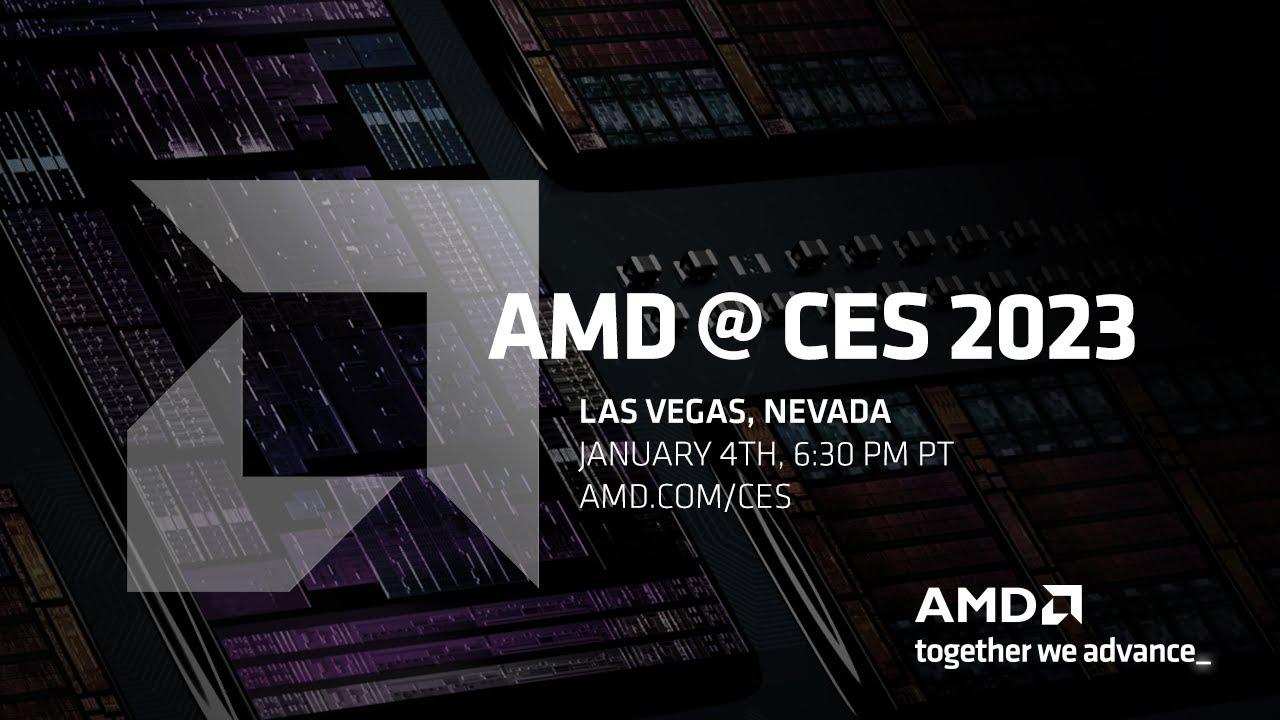 This is also probably a good place to note that AMD have confirmed overheating and thermal throttling issues with their new Radeon RX 7900 XTX, which YouTuber der8auer has been detailing across two videos. The issue affects AMD's reference cards, not the ones designed by their partners. The statement AMD released:

We are working to determine the root cause of the unexpected throttling experienced by some while using the AMD Radeon RX 7900 XTX graphics cards made by AMD. Based on our observations to-date, we believe the issue relates to the thermal solution used in the AMD reference design and appears to be present in a limited number of the cards sold. We are committed to solving this issue for impacted cards.

View PC info
I wish they also included the max TDP, like Intel in the previous announcement, and that there were 35W TDP AMD desktop AMD processors. It was also about time they recognized the design error on the 7900 XTX, and start applying RMAs.
0 Likes
citral 5 Jan
Quite nice, but I think it was a good move to build a solid AM4 pc about a year ago and skip 1 gen or 2 now until am5 motherboards and ddr5 become cheap, not to mention the early bugs/problems are ironed out and linux support is mature.

there's just not much value in anything but RDNA2 and am4 atm, great price/perf/watt, but it's getting a bit late to buy that right now maybe, depending on future expectations (I'd say a 6800XT is still a great buy, but a 5800X maybe not so, as it's a dead end)

That would probably allow for RDR2 [email protected] on medium, and make a solid steam SFF console on the TV, there has been nothing since 5600G/5700G and that's vega7 and only allows 720P low 30fps on that game :/

Quoting: ArehandoroI wish they also included the max TDP, like Intel in the previous announcement

But TDP numbers are nearly useless, all manufacturers use their own incomprehensible algorithms to conjure up their magical numbers. Gamers Nexus has addressed this many times over the last couple of years if you want to dive into this particular swamp.
2 Likes, Who?
fearnflavio 5 Jan

View PC info
On mobile I don't recommend using the latest amd CPU at all if you use Linux. Had this terrible experience with a tuxedo laptop with ryzen 6900HX where the keyboard did not work when using kernel newer than 5.19. So using distros like Garuda or pop_os was impossible.

I think same thing is happening with the GPUs now, we are always beta testers. Maybe after one year of launch it is time to buy.
3 Likes, Who?

Quoting: ArehandoroI wish they also included the max TDP, like Intel in the previous announcement

But TDP numbers are nearly useless, all manufacturers use their own incomprehensible algorithms to conjure up their magical numbers. Gamers Nexus has addressed this many times over the last couple of years if you want to dive into this particular swamp.

Quoting: ArehandoroIt was also about time they recognized the design error on the 7900 XTX, and start applying RMAs.

They have and are doing !

View PC info
I wonder if they still plan to make the long rumoured AM4 5600 X3D. Would be sure nice for a cost efficient upgrade on AM4 systems.
1 Likes, Who?

View PC info
Having a 5800X3D for about a month I will never go back to a non 3d sku for gaming. Compared to my 5950X the 5800x3d is a substantial improvement in the games I play (Hunt Showdown, Sea of Thieves, Valheim) and especially those running through proton. Sea of Thieves specifically gains over a hundred fps in specific areas maxed at 1440P, without a GPU change.

View PC info
One huge problem is that on the 7900x3d and the 7950x3d the extra L3 3d-cache is only connected to one of the CCD:s so there will now be a scheduler problem that is worse than on Alder Lake in that it have to decide which thread to give extra L3 to and which thread to give extra potential cpu boost frequency to, which of course is not something the scheduler can do (a thread could very much switch between the two needs as well).
1 Likes, Who?

Quoting: F.Ultrathere will now be a scheduler problem that is worse than on Alder Lake

Well, a potential problem at least. If it even is a problem at launch I expect it to be addressed quickly, much like Alder Lake was.
0 Likes
1/2»
While you're here, please consider supporting GamingOnLinux on: