A look at Bleed 2, the crazy action game from Ian Campbell

Thanks to the developer for sending in a key, I've had a chance to put some time into Bleed 2 [Steam, Official Site]. It turns out that it's damn fun and it is a little insane. 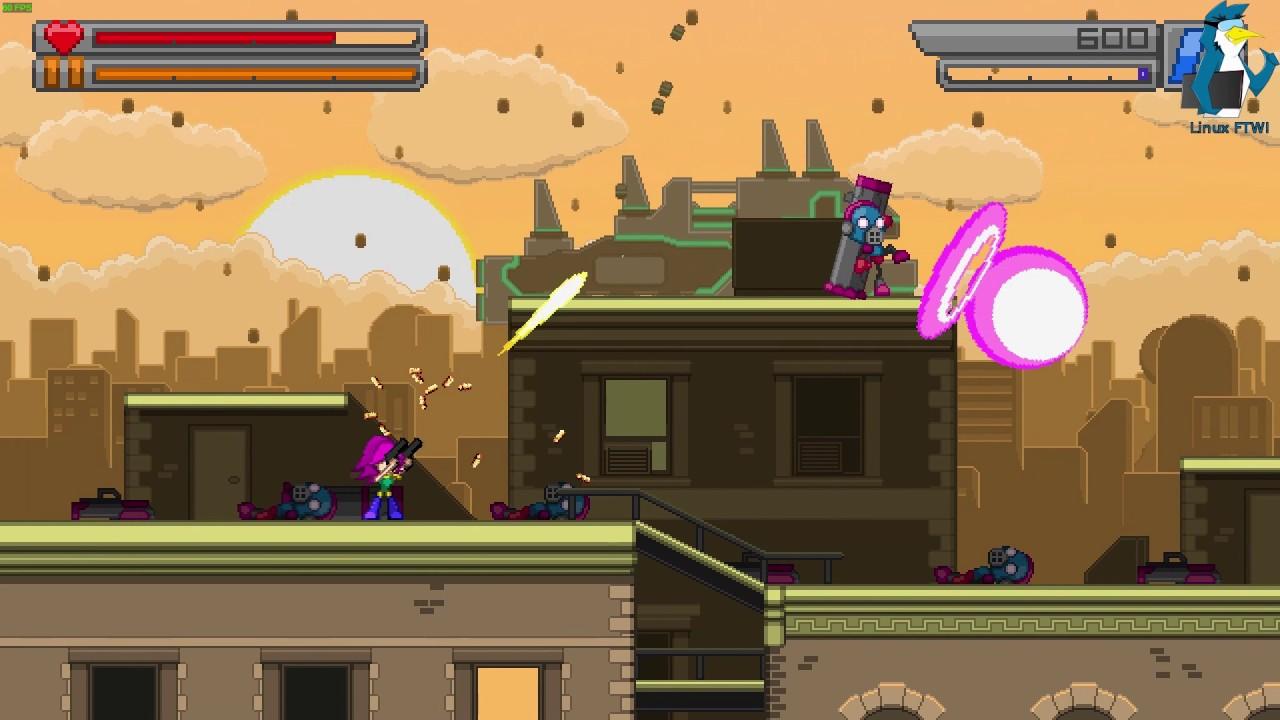 To say that Bleed 2 is 'another action platformer' wouldn't do this game any justice. I've been guilty of feeling like that with a lot of the games from indie developers, but Bleed 2 sets itself apart very nicely.

You play as Wryn, the 'greatest hero of all time' who defeated all the other heroes in the previous game.

Even on Normal difficulty, the game is surprisingly challenging. Not outright insane, but challenging enough to keep it there for the duration of the game while remaining fun to play. Some sections in particular are both frustrating as hell, but incredibly fun thanks to the excellent design of the enemies and your abilities.

Your character has the ability to temporarily slow down time and use her Katana to bounce back some enemy projectiles, which is extremely satisfying when you take out multiple enemies with their own bullets. This has led me to be a bit suicidal in Bleed 2, as I find myself actually running towards the enemy fire to get that satisfying feeling of destroying them with their own bullets.

The enemies are numerous and sometimes quite hilarious. I'm pretty sure the second level is full of what looks like cats. They also have a helicopter that fires missiles at you, but bouncing them back with the Katana is incredible satisfying.

There's no filler content, it's just all-out fast-paced action. I've been playing it with the Steam Controller and it works beautifully. This is one game I've been really pleased with due to this, as a lot of games demanding twin-sticks absolutely suck with the SC, but Bleed 2 is awesome with it.

Graphically, the game is quite simple, but you're usually jumping around so fast that it didn't really bother me in the slightest.

It's not a very long game at all, with a single play-through being 1-2 hours. I would have personally liked it to be longer, but it's still a great game especially if you try it on the harder modes.

If you like fast paced action games, this is not to be missed. Fantastic. If you think you can handle boss after boss, go for it! Article taken from GamingOnLinux.com.
Tags: Action, Indie Game, Review, Steam | Apps: Bleed 2
5 Likes, Who?
We do often include affiliate links to earn us some pennies. We are currently affiliated with GOG, Humble Store and Paradox Interactive. See more here.
About the author - Liam Dawe

View PC info
I played it for 30min and quite liked it but stopped because I thought it would be way longer and therefore I wouldn't have the time (with so many others games I play concurrently atm like Hitman,.. ) but now I will probably pick it up soon again. Short but dense experiences are the best! :-)
0 Likes
While you're here, please consider supporting GamingOnLinux on: