According to Kotaku, Microsoft is close to buying Obsidian

In what could be a blow to Linux gamers who are fans of Obsidian RPGs, Microsoft is apparently close to acquiring the studio.

One person with knowledge of the deal told Kotaku they’d heard it was “90%” finished. Said a second person: “It’s a matter of when, not if.”

So that sounds basically certain, that Microsoft will soon own Obsidian. Both Microsoft and Obsidian declined to comment on the rumour of course, as companies usually do when deals aren't yet finished.

Naturally, this will be a worry to Linux gamers since this could mean future Obsidian titles may not arrive on Linux like they have before. Obsidian has given Linux fans Pillars of Eternity, Pillars of Eternity II and Tyranny recently so it would be a huge shame not to have their next story-driven RPG land on Linux.

Microsoft acquiring anyone always makes me feel quite uneasy, since they could end up requiring future games they publish to be exclusive to their own store therefore locking out Steam. At least if they stayed on Steam and didn't do a Linux version (for whatever reason) of their next set of games, we would have Steam Play's Proton so it wouldn't be such a major issue.

However, Microsoft seems to have done a good job at letting Mojang continue doing their thing with the Java edition of Minecraft so perhaps it will work out okay.

Article taken from GamingOnLinux.com.
Tags: Misc, Speculation
19 Likes, Who?
We do often include affiliate links to earn us some pennies. We are currently affiliated with GOG and Humble Store. See more here.
About the author - Liam Dawe 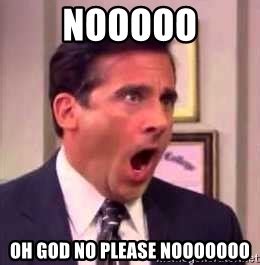 Quoting: x_wingWell, feels like Microsoft answer to Valve Linux embrace & improvement is to buy game studios and start to planning a revenue constriction.

I really do hope Valve have some serious other games lined up. They have some seriously good IP that need a refresh and continuation like Left 4 Dead 3, Team Fortress 3, Half-Life 3, Portal 3 and so on.

I could happily go for some L4D3.

They need more than Artifact (even though I've no doubt it will be a ridiculous hit) and In The Valley of Gods.
6 Likes, Who?

Some things never change.
12 Likes, Who?

Stupendous Man 9 Oct, 2018
View PC info
What horrible news! Pillars and Tyranny are some of my favourite games.
3 Likes, Who?

View PC info
And I heard some keep saying that Microsoft love Linux now. Nope I don't believe that.
7 Likes, Who?

View PC info
In my humble opinion, if Valve wanted to insulate themselves some more, maybe take a hint from Netflix?

I think they should start getting the ball rolling on Valve/Steam original content. Either start producing more games directly from Valve or acquire exclusive game distribution licenses from other developers.

I know they already kind of have (sort of), but I mean much, much more (with ever-increasing momentum). The reason Netflix did this was to avoid a studio/publisher revoking or preventing licensing agreements. If you own the publishing rights you retain all exclusivity.

I realize a lot of people dislike Steam due to it being DRM but it's hard to argue what they've done in terms of making gaming extremely viable on a Linux ecosystem.

If Microsoft can get (i.e. buys) enough developers under their wing, they'll have a headstart on Windows Store exclusive titles.