Puppy Games latest game Basingstoke [Official Site], which mixes in stealth and action is going to release April 27th with full Linux support. It was originally due to launch back in March, but they decided to delay the release for some spit and polish. 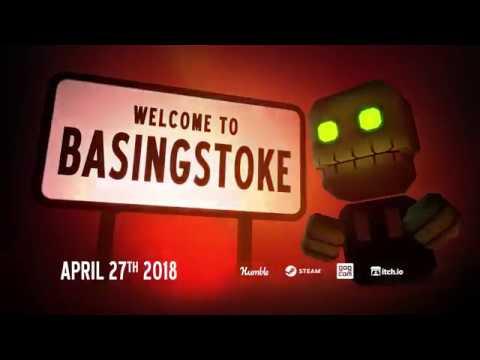 I'm happy to report that I did some private testing for Puppy Games on this one. Originally Valve denied their Linux build on Steam due to issues with gamepads on SteamOS. After a little digging and reporting back to Puppy Games, we found the issue was a Unity plugin, so I personally spoke to the developer of the plugin to get a new build done that works properly on SteamOS and they were very quick to action. Thanks to this and my testing, Puppy Games have since re-enabled the Linux version on Steam. It's also going to be available on GOG, Humble Store and itch.io.

Basingstoke is a tense roguelike that mixes stealth and arcade action. Explore the smouldering ruins of apocalyptic Basingstoke, UK, a world of extreme peril where reanimated undead and ferocious alien monsters roam!

Loot and craft as you explore. Lob a tasty sausage roll as a diversion, or poison a kebab for bait. Sneak up and knock a monster out with a whack from a cricket bat, or slice them up with a chainsaw. Tranquillize them with a dart fired from a homemade blowpipe, or set them alight with a DIY flamethrower. There's over a hundred useable items to loot or craft!

Puppy Games were one of the earliest indie developers to support Linux, way back before even Steam was released for Linux, so they're well worth throwing some monies.

Article taken from GamingOnLinux.com.
Tags: Action, Indie Game, Rogue-lite, Stealth, Steam, Upcoming
11 Likes, Who?
We do often include affiliate links to earn us some pennies. We are currently affiliated with GOG and Humble Store. See more here.
About the author - Liam Dawe

View PC info
I learned about puppygames back in the time of the first humble indie bundles. (and pre-steam on linux.) After getting one title, I ended up buying everything else direct from puppygame's website.

Even though I am not completely sold on this title based on the preview videoa, I will pick it up. Supporting the dev is part of the reason, but everyone of their other games has been more fun then I initially expected.

FYI,,, the games I have from them are:
Titan Attacks (space invaders clone)
Droid Assault
Revenge of the Titans (tower defense)
Ultratron (robotron clone)
4 Likes, Who?

I would say more about the game but that trailer is not much to go on. Too little gameplay is shown.
0 Likes

I would say more about the game but that trailer is not much to go on. Too little gameplay is shown.

We should have details about it at release, didn't want to include their other trailers as they're all rather old.
0 Likes

View PC info
Puppy Games should make a follow-up named Woking. Extreme peril is a given... ;-)
1 Likes, Who?

QuotePuppy Games were one of the earliest indie developers to support Linux, way back before even Steam was released for Linux, so they're well worth throwing some monies.

Indeed, that's what made me click-and-read the article, although it didn't mention GOG/DRM-free in the tags. I was dead sure it would be available to anyone :D
Definitely looks interesting, so I'll watch out for it....
0 Likes

View PC info
Sounds more like Slough to me ;)
1 Likes, Who?

View PC info
Loved all of their games so far. I am interested in this one also.
0 Likes
Swiftpaw 24 Apr, 2018

https://store.steampowered.com/app/336940/Basingstoke/
0 Likes
While you're here, please consider supporting GamingOnLinux on: