BlazeRush is another completely awesome co-op game available for Linux

You will be forgiven for not knowing about BlazeRush, since it's an oldie released back in 2014. Taking another look at it recently with the help of my trusty side-kick I've found it to be an exceptionally fun co-op experience on Linux.

It's an action-racing game filled with ridiculous power-ups like boosters, rockets, chainguns and so on which makes it so ridiculous. It's basically Micro Machines covered in awesome sauce. For those who don't have people to play with locally, it also has online play and some pretty menacing bots that will waste no time in completely annihilating you off the track.

Here's a few cuts of our racing. The end is especially fun where the green car (my Son) was hit with a rocket that literally sent him flying past the finish line: 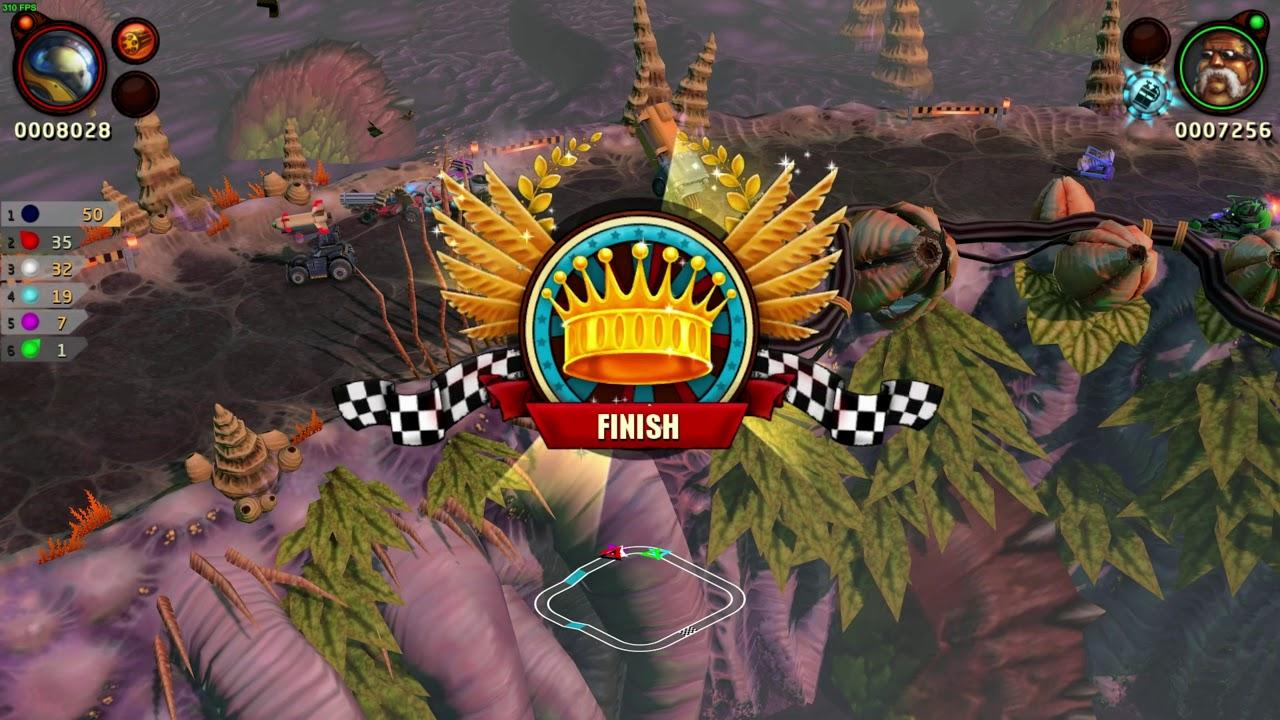 It's a game that's frantic, full of laughs and never has a dull moment.

If you like racing games with a bit of extra spice, this is absolutely one you need to check. I can't honestly find a single fault with it. The Linux version performs brilliantly and gamepad support is great. Tested with both the Steam Controller and Logitech F310 it didn't give us a single issue.

I did test it out for a bit back in 2015, but these games really are much more fun when played with others.

View PC info
That kind of racer where no matter what you do, it's all decided in the last lap. Awesome arcade racer! Still having loads of fun with it too!
0 Likes

View PC info
Thanks for another recommendation of a game I can play with my kid! This one, I don't have, so it's always great to find something new.
3 Likes, Who?

Quoting: hummer010Thanks for another recommendation of a game I can play with my kid! This one, I don't have, so it's always great to find something new.

Glad to know it helps. I'm currently going over lots of them with my son, to see if any are worth it.
3 Likes, Who?

View PC info
I have played around 18 hours of it. Super fun to play with friends, used my 2 steam controllers.
Works flawlessly also on Linux
1 Likes, Who?

Quoting: MohandevirThat kind of racer where no matter what you do, it's all decided in the last lap.

I actually hate the race mode exactly because of that, but king of the hill and especially survival are heaps of fun.

View PC info
Its apparently been in my library for a while without playing it... Time to install and give it a go!
0 Likes

Thanks for another great looking suggestion! Wishlisted ...
1 Likes, Who?

View PC info
Reminds me of Rock 'n' Roll Racing for SNES, which I loved as a kid. I'll have to get this so I can be like every parent and make their kids do what they used to do. :)
1 Likes, Who?

Quoting: MohandevirThat kind of racer where no matter what you do, it's all decided in the last lap.

I actually hate the race mode exactly because of that, but king of the hill and especially survival are heaps of fun.

I tried the game, hated the race mode too. The thing is, as I haven't seen it in other comments I will explain it, that you can't get too far behind or ahead. The camera works in a way that every car has to be on screen at any given time. So if you get too far behind you are "pushed" (you can see that several times in Liam's video).

Maybe I should have tried the other modes, but I was annoyed to the point that I asked for a refund.
2 Likes, Who?
1/2»
While you're here, please consider supporting GamingOnLinux on: