BulletRage, releasing later this year is a twin-stick shooter from Chimera One Games that promises non-stop action and I've had a play with a preview build. While the current preview build is limited, what's there is incredibly promising.

Inspired by the likes of SmashTV, Contra, and Doom it's a very loud and in your face game. One where the action rarely seems to let up and it will require your absolute attention. 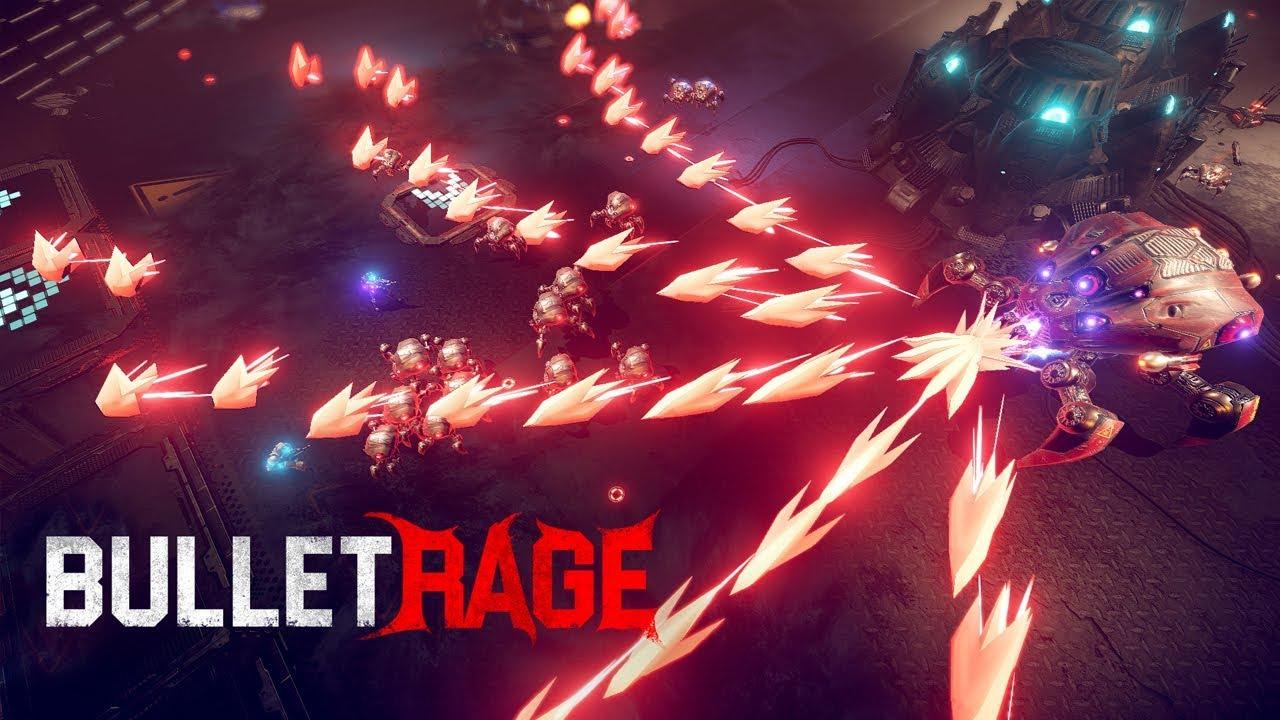 The developer sent a copy along to our Steam Curator and since I do love a good action game, I gave it a run and this might seriously be the most intense shooter I've ever played. It's completely insane and it just doesn't stop throwing enemies at you. Explosions everywhere, lasers flying across the screen, massive lumbering mech-units bearing down on you and more.

There I was, minding my own business, destroying enemy after enemy when suddenly—WARNING—mini-boss time. It was crazy, not only did this massive crawling mech fire tons of lasers at me, bombs where falling all over the place. 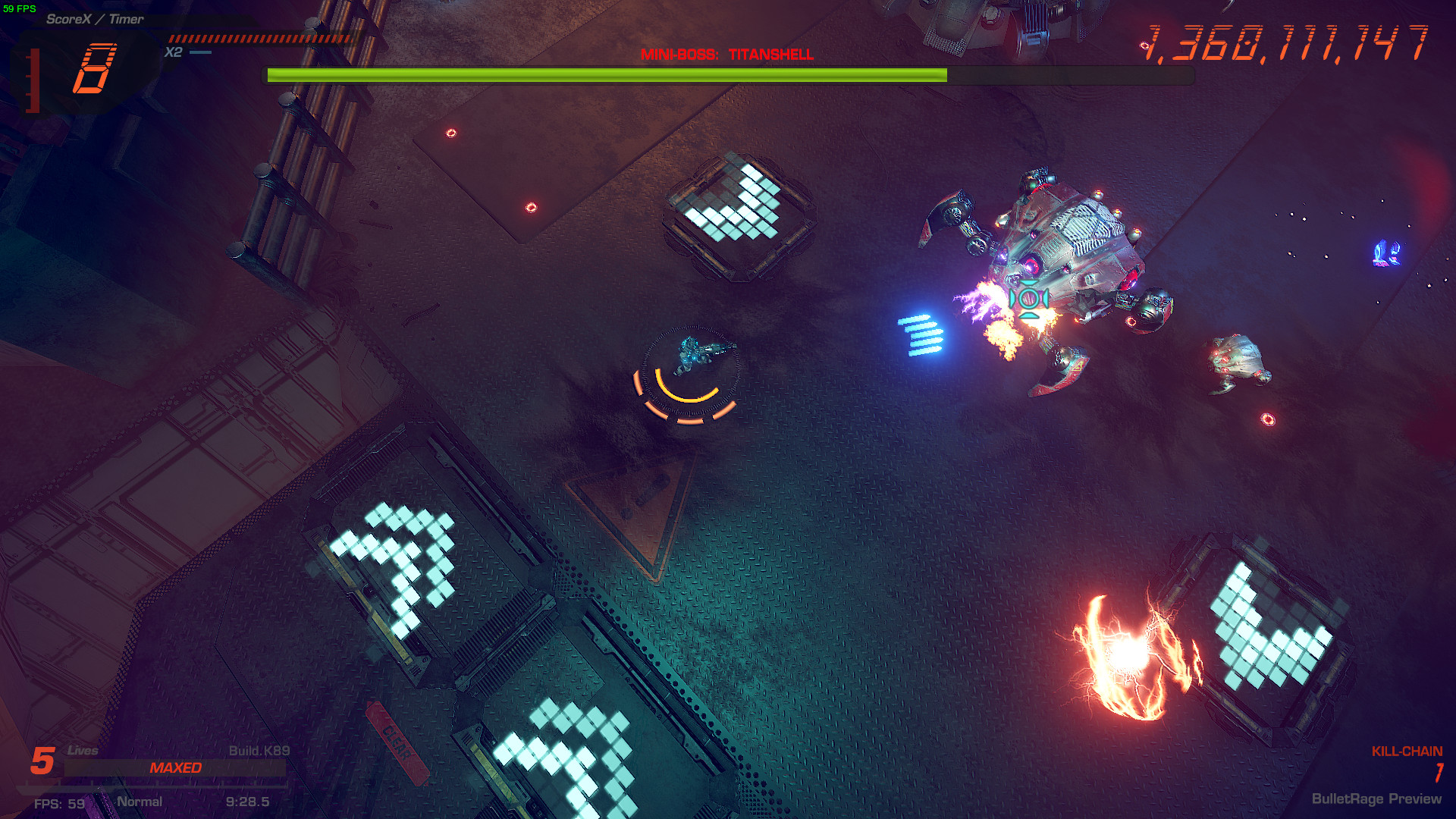 Just when I think I've defeated the damn thing, it springs back to life and fires even bigger lasers at me! So I take it down again…and again. Even the mini-boss has multiple stages, what the heck is a main boss going to be like? Well, I might have regret asking that as the boss was just as insane, requiring some really nimble movements to keep out of harms way: 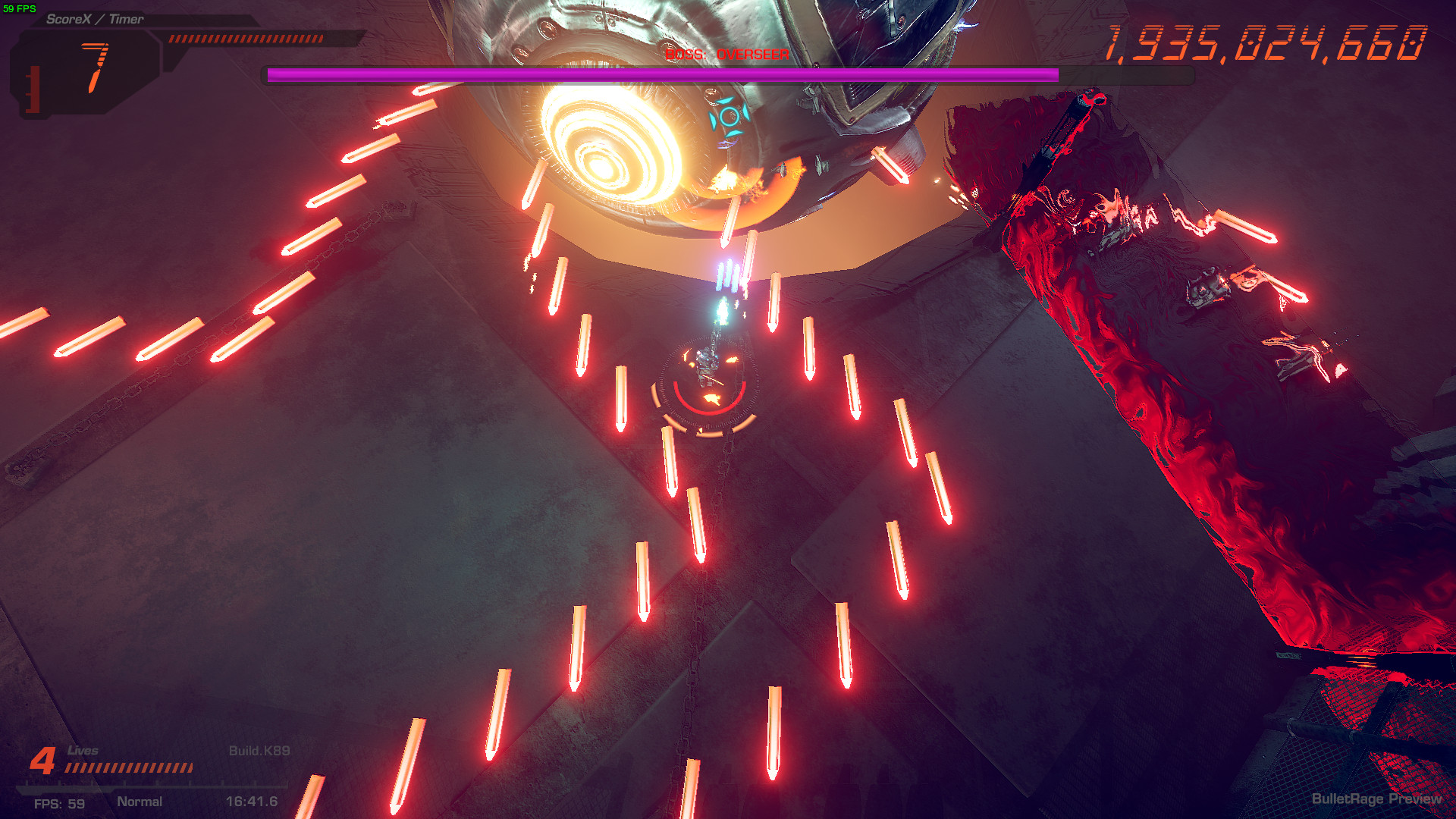 I will totally admit that the fights in this are so intense they actually made me sweat, it took real effort. The enjoyable kind of effort though, where I'm desperately mashing movement keys not to get hit and cursing my slowness to react.

You're not just battling the various different types of enemies, there's also environmental hazards too like spinning wheels of fiery death to avoid. 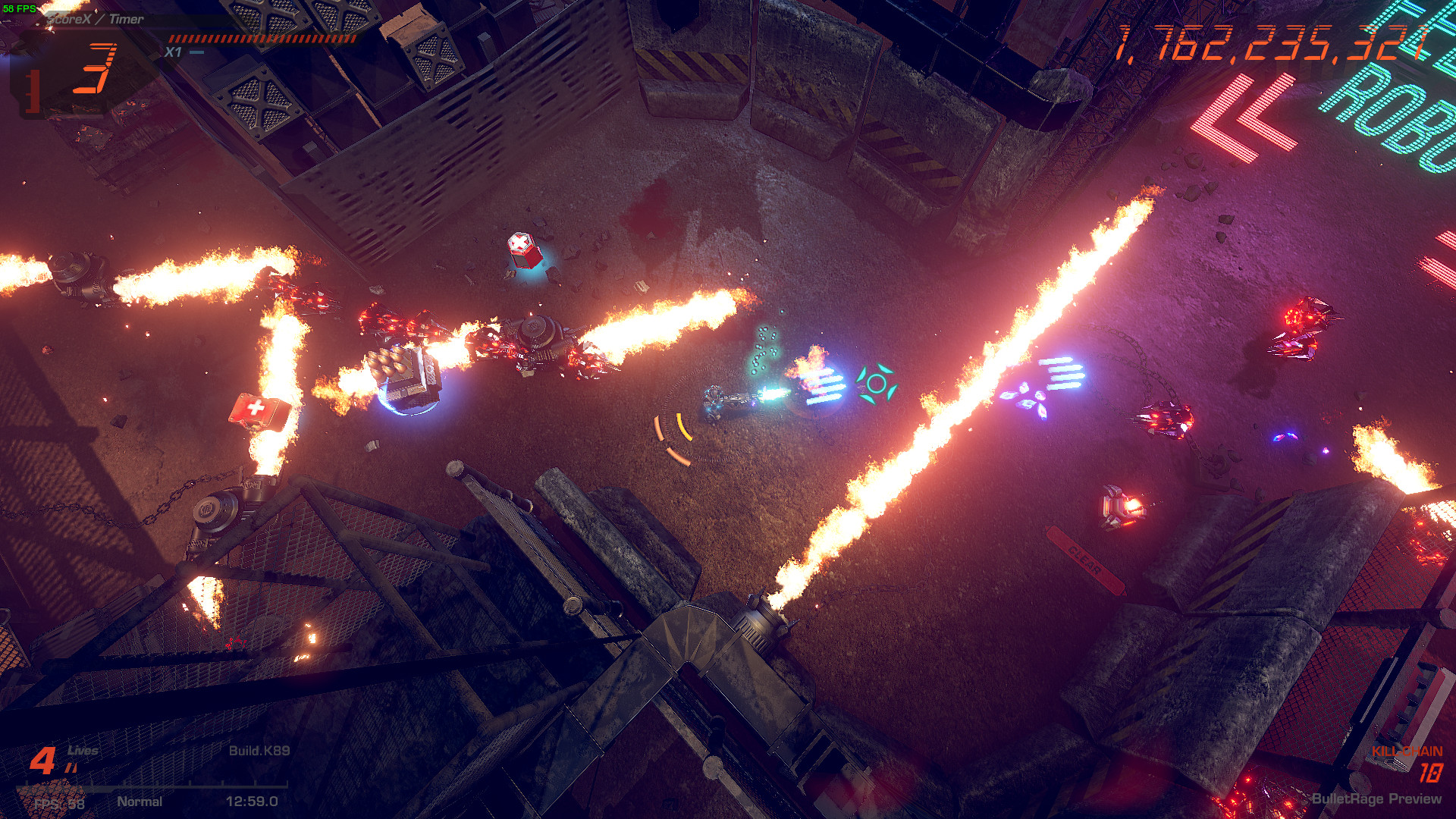 Features it will offer up at release:

Given the great design work that's gone into this, as well as some nice humour I'm especially keen to see what the campaign is like once it's ready.

The Linux version even at this stage seems solid, it performs well even on the highest settings and it remains incredibly smooth so you only need to worry about your aim. If you love fast-paced action, you're likely going to enjoy this quite a lot.

M@GOid 5 Feb, 2019
View PC info
Twin stick shooters are the type of game I prefer to play on other gamepads than the Steam Controller, since the lack of physical feedback to aim the sticks really disturbs me.

I might get this one, since it reminds me of the excellent Assault Android Cactus. After hundreds of hours and even getting a S+ on the Boss Rush (I started at 9th on the global rank, now only 34th), I need something new to play on the genre.

View PC info
I normally hate TwinStick controls... but in this game, it works!
You automatically shoot when aiming with right stick, and frankly this is the control method you want. MKB is supported but seriously speaking, forget about that and use a proper controller.

Devs are very active in the Discord and loves hearing from Linux gamers! Get in there and tear sh*t up! http://discord.gg/bulletrage
0 Likes

The game it really intense in a good way, hard but not unfair. I really needed to be fully aware when fighting the two bosses.

I don't like fast paced twin stick shooters, i much prefer games like Brigador (what a gem this one), but this one for some reason, i enjoyed a lot.

The settings is appealing to me too, with the post-alien-apo TV Show stuff.
1 Likes, Who?

View PC info
i've been testing this on linux since its conception, and its excellent fun :-)
0 Likes
While you're here, please consider supporting GamingOnLinux on: