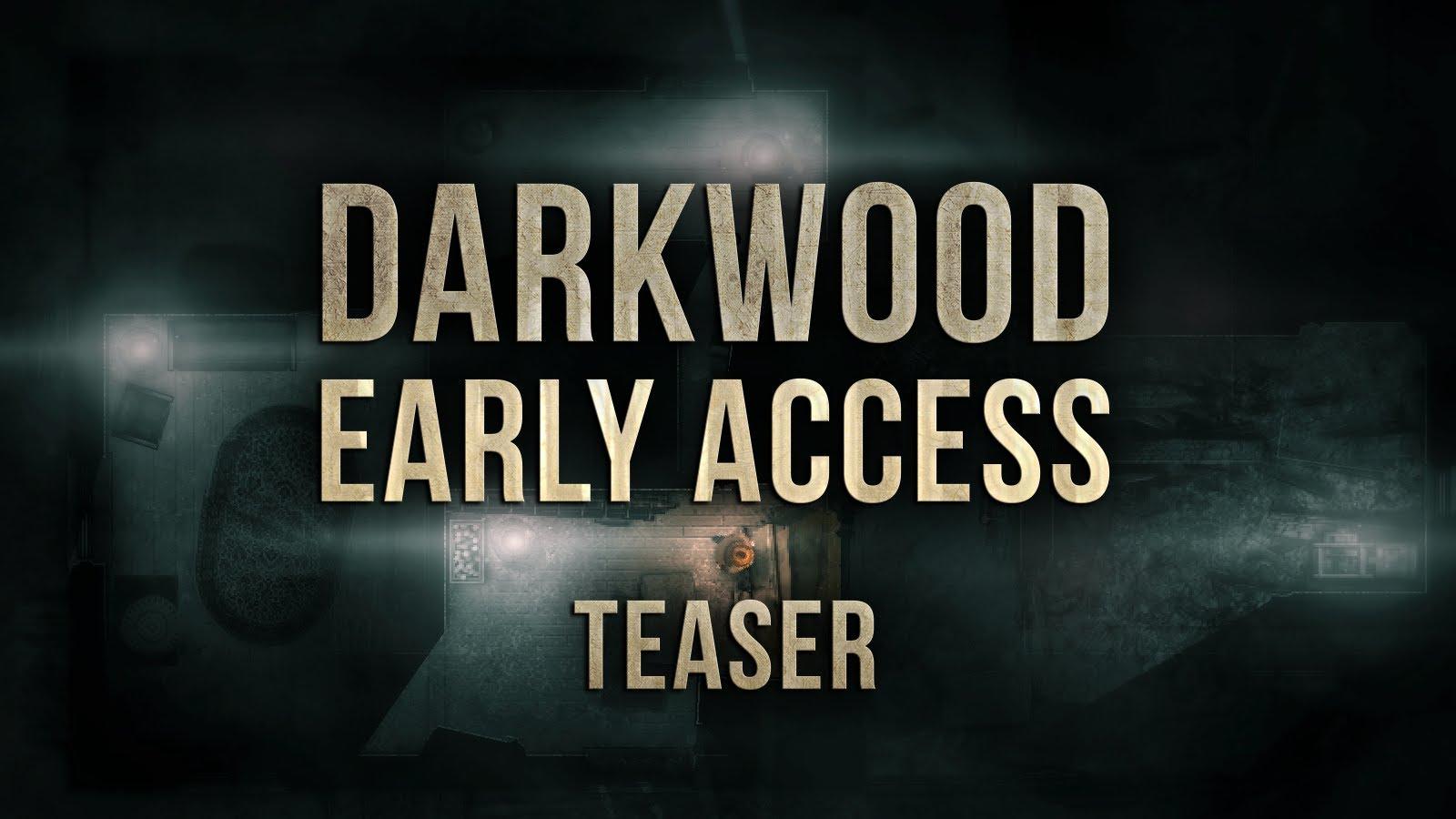 Luckily we were sent a key from the developers to give it a whirl, and I'm happy to report it works reasonable well on an Intel HD4000 as well as an Nvidia 560ti. Apart from a slow loading time to begin with the game seems to run without a hitch.

Like many other survival based games it features crafting items such as torches with items you have foraged and pillaged across the land. The crafting system is very easy to use as well which makes getting into the game simple enough. There's practically no hand-holding in this game, so you need to figure out most things for yourself.

Darkwood joins the list of survival games I horrible suck at it, and I met my first end opening the door to some sort of mental patient who proceed to beat me senseless and I had nothing to hit him with, so that first try ended as quickly as I thought it would.

One thing that does annoy me is unskippable intro's to a game, so if you want to make a new character you need to sit through the world generating and then the same intro every time, and that does get annoying.
Another problem with a very dark game like this is that I always find myself squinting to see anything, and it gives me a headache does anyone else find they do that?

I'm not entirely sure how far the random world generation goes either, as the first section in both of my games were exactly the same.

The game is in Early Access though, so it will be fleshed out with a lot more content as time goes on, but for now it's still quite interesting and worth a go.

Check out Darkwood on Steam, and prepare to die horribly. Also...my poor dog I don't want to put him out of his misery, but looking at how this game plays out I imagine he will go feral at some point and attack me.

Once the game progresses a bit further we will visit it fully with a video to show you just how scary it can be.

About
Darkwood is a game about survival, exploration and fear, set in mysterious woods somewhere in the territory of the Soviet Bloc. It is a top-down, free-roam, surreal horror experience with a randomized world, taking cues from classic games, where oftentimes you had to figure things out for yourself. By blending RPG, roguelike and adventure elements together with a challenging difficulty, Darkwood aims to please players craving for a deep and rewarding experience.

A good game to have headphones in while sat in a dark room. Article taken from GamingOnLinux.com.
Tags: Early Access, Adventure, Horror, Roguelike, Sandbox, Steam, Survival
0 Likes
We do often include affiliate links to earn us some pennies. We are currently affiliated with GOG, Humble Store and Paradox Interactive. See more here.
About the author - Liam Dawe

That's pretty cool that devs are starting to send you keys! Does that happen often? If so, it's a good sign for the site and Linux as a whole.
0 Likes

View PC info
That happens on and off, but most of the time we do have to go out and request it directly to them. Otherwise we end up doing rather short uninformative posts as we simply cannot afford to buy them all to cover!
0 Likes

Alzarath 26 Jul, 2014
View PC info
First play, the mental patient, I lured out of the room, ran back in, closed the door behind me, crafted a weapon and killed him. I agree, though. There's very little hand-holding, and I think that's a massive boost in the creepiness factor. They taught a few basic controls then sent you out on your own, from the looks of it.

I'm thinking the start is scripted, and later you'll be sent out on your own, into the randomly generated world. They did mention on the front Steam page that world generation is really bad right now, and that it's a top priority.

I'm not one to get scared by games or anything, but this game's doing a pretty good job at the creepiness factor so far.
0 Likes

View PC info
Thank you for this article. And thanks to the devs for sending you a key.
This genre is not really my cup of tea, although I have played several. To be fair, I think I don't really like horror games very much.
This one reminds me a bit of Teleglitch, but with less action, and prettyer graphics (I haven't played this one yet, so it's really an opinion based on the trailer). I may jump into this game in a later development phase.
0 Likes

View PC info
I'm very excited to play this one :D However, I'll probably wait until it's fully released.
0 Likes

QuoteOne thing that does annoy me is unskippable intro's to a game, so if you want to make a new character you need to sit through the world generating and then the same intro every time, and that does get annoying.

If by intro you mean prologue, then there is a "skip prologue" option when starting a new game.
0 Likes
While you're here, please consider supporting GamingOnLinux on: