Death Road to Canada released on Steam with Linux support, some thoughts 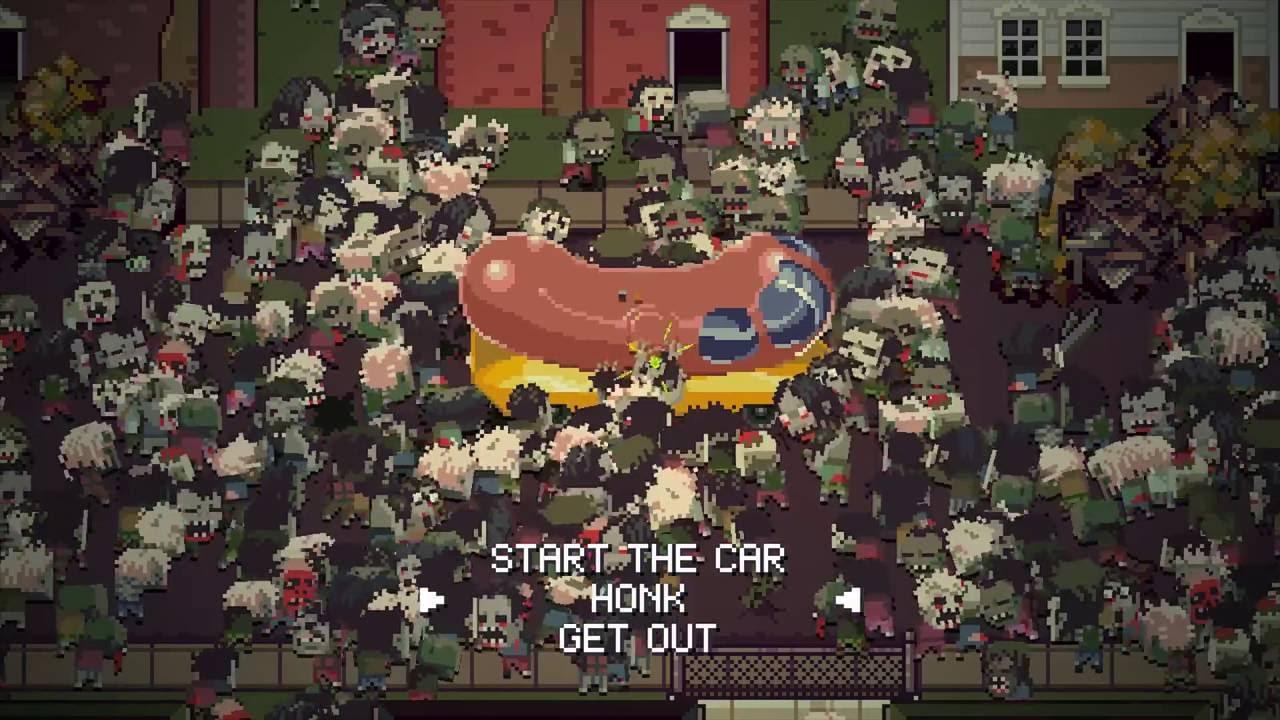 YouTube videos require cookies, you must accept their cookies to view. View cookie preferences.
Accept Cookies & Show   Direct Link
Death Road to Canada is a brand new Linux game that released on Steam recently and a GOL user was kind enough to send me a copy to take a look. It's a randomly generated road trip with Zombies with lots of encounters and annoying people to find.

I've been having more fun with this than I probably should have. Exploring random abandoned "Y'all marts", dismembering zombies and watching their brains and other organs fly out is grim and hilarious. What's even more grim is walking over those organs then squishes them!

It has a fair amount of RNG, which can make certain parts quite unfair. It can be brutal at times, much like FTL (which I have still never beaten!). If you go into it knowing this, you will at least be prepared. They are already working on a patch to make the car breakdowns less based on RNG, which sounds more fair and enjoyable.

One bit I feel needs tweaking, is the status screen after an event. I told a character to try to open a food truck, he failed, then when it was telling me what I lost and so on it went by far too quickly, I couldn't even read what the character had to say about it. It's generally an issue after all events, every other screen waits for a key press but this does not.

I found a dog, gave it some food and now he's my pooch. Right after that we noticed a horde of Zombies approaching and we had no choice but to fight it out. We were under siege! It was only a quick siege and pretty easy to survive, but we lost a bit of health.

Right after the siege my car broke down, so we had to walk. Someone fell in a puddle and lost a bunch of supplies, but we did find another car—hooray. Sadly some massive fissure was opening up in the road, I chose to floor it and try to jump but the car ended up on its roof and in flames—walking again it is then! Right after that a feral cat attacked one of my people and it's not going well at all.

It certainly makes for some amusing stories of how your game went down.

It even has local co-op, what more do you need?

I really like this game, go check it out on Steam. Article taken from GamingOnLinux.com.
Tags: Action, Adventure, Indie Game, Initial Thoughts, Steam, Zombies
0 Likes
We do often include affiliate links to earn us some pennies. We are currently affiliated with GOG and Humble Store. See more here.
About the author - Liam Dawe

View PC info
..... This sounds AMAZING!
Hell, even the devs name is cool.

Hey Liam,
thank you for the insightful review.

The game is awesome.
When you start playing it, it may feel too dependent on RNG.
But the game is built around replayability. After a while you learn about whether
a random event can be useful or not, which pretty much depends on your team, loadout
and resources at the time. In that respect it is somewhat similar to FTL (Nooo, don't
fight the Giant Alien Spiders). The Beat 'em up parts are also pretty exciting.

I highly recommend this game.
0 Likes

QuoteIt can be brutal at times, much like FTL (which I have still never beaten!).

Alas, to date, neither have I!

Mind you, my attention span is incredibly short these days :D
0 Likes
While you're here, please consider supporting GamingOnLinux on: