Deep Sky Derelicts, a turn-based strategy and RPG with tactical card combat will come to Linux

Deep Sky Derelicts [Steam, Official Site] has been announced that will be a turn-based strategy and RPG with tactical card combat. It's inspired by the likes of Darkest Dungeon and FTL: Faster Than Light and it certainly looks good. 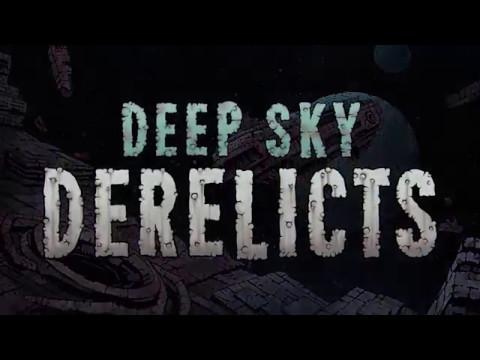 The art style certain does remind me of Darkest Dungeon,

I've had it confirmed to me that it will come to Linux, with an Early Access release in October with a full release expected in "Q1 2018".

QuoteWe have come up with a very distinctive and quite precise idea of how the game should look like and how it should play, taking the basic inspiration from such games as Darkest Dungeon and FTL: Faster Than Light. Yet we are very much looking forward to pushing the game further with the aid of the community during the Early Access period and implementing the players’ best suggestions for the perfect Deep Sky Derelicts experience.

View PC info
The art style and idea is nice.
However FTL scares me as that was brutal in rogue like terms.
When you bring up Darkest Dungeon I start to look for the life boats.
1 Likes, Who?

View PC info
can't argue with their choice of inspiration: DD and FTL are two of my all time faves. I'll keep an eye on this one.
0 Likes
While you're here, please consider supporting GamingOnLinux on: