Techland have once again updated their fantastic open-world Zombie action game Dying Light, this time with a few new bits for everyone to play with.

Like the last content update which added in the Silver Hazmat Zombie, Dying Light 1.2 gives us another new enemy with the Gasmask Demolisher. A powerful variant of probably the biggest enemy in the game so if you come across it be sure you're fully stocked up on medkits. They're not a common infected type, so they may take a bit of finding. If you head to Old Town, they can be found in more closed-off arena-like areas. They're—uh, quite a force of nature (click shots to enlarge): 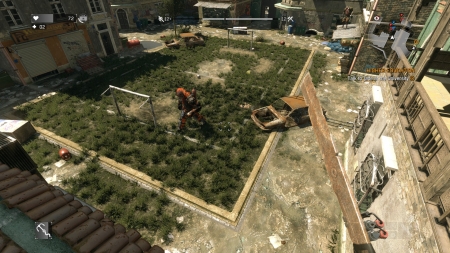 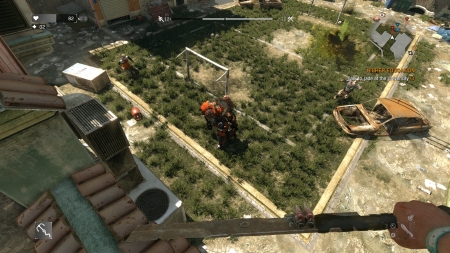 They're like a massive version of the Hazmat Zombie, a more mutated form. I died shortly after taking those shots…

Not close enough for you? Here's another I came across and damn, they're quite scary up close. 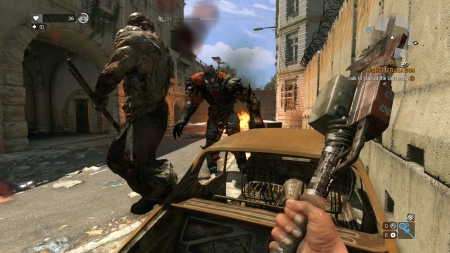 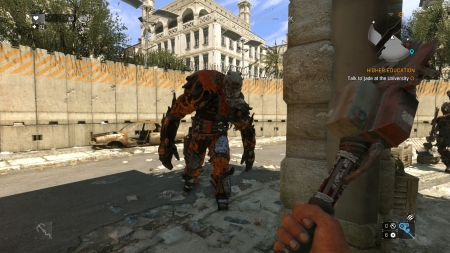 More weapons made it into the main game now too. Previously both the Rusty Spine shotgun and Candy Cutter sickle needed you to redeem them from Techland's own Gemly store but that's no longer the case. To help with the weapon spam, in your inventory your weapons are now also split with a DLC section and a 10-in-12 (a bunch of previous free content updates) section. It just makes it a little neater and easier to find some specific items. Your outfits and buggy skins also got more sorting categories.

Also added in this release are national outfits you can change into for Mexico, India, Ukraine, Hungary, Finland and the Czech Republic. 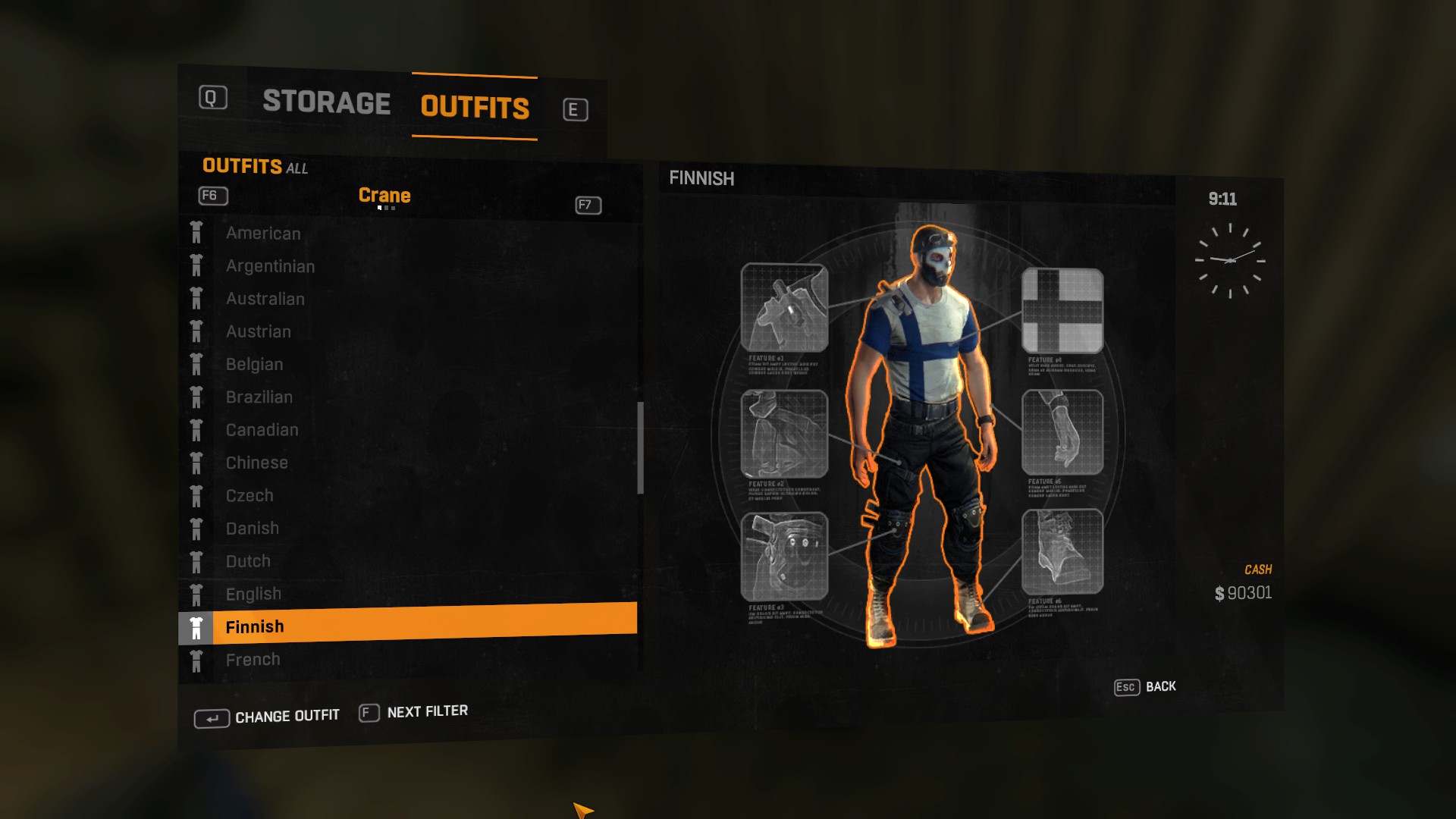 Curiously, Techland also said they added in a "new type of live event" but they haven't said what. I imagine we will find out the what soon, given that Halloween is coming up so they must have something fun planned for Dying Light. Previous events have been great, especially Hyper Mode where you're as powerful as Superman it's pretty hilarious.

For skin collectors they also put out a new Godfather Bundle DLC which includes a themed outfit, a buggy skin and a couple of weapons too.

I noticed reports in previous comments about the "Drop Attack" causing issues, so to be sure I updated the Linux version today to test that myself and it seems to work perfectly. At least with the latest NVIDIA drivers, it doesn't seem to be an issue.

Want to get Dying Light or The Following expansion? I've recommended it before and I still thoroughly do, it's my absolute favourite open-world Zombie smasher. Amazing to see continued feature updates like this so long after release. Find it on Humble Store and Steam.

View PC info
Did they fix drop attacks?! I hope you tried with bladed weapons? It always worked fine with blunt weapons.

Gemly is changing. Starting on September 12th at 14:00 CEST (05:00 PT) purchase function will no longer be available on Gemly's online store.

But please, don't worry! Everything you've already purchased will be still available to you via your account. You will also be able to claim dockets and Anniversary gifts available on the Gemly Website.

If you have any questions, please contact our support team at support@gemly.com

Quoting: dpanterDid they fix drop attacks?! I hope you tried with bladed weapons? It always worked fine with blunt weapons.

Tried with two different bladed weapons and no issues for me.
2 Likes, Who?
TheRiddick 2 Oct, 2019

View PC info
heard the game runs quite a bit better with proton vs native. Wish they move to vulkan in a future update.
3 Likes, Who?

Quoting: dpanterDid they fix drop attacks?! I hope you tried with bladed weapons? It always worked fine with blunt weapons.

Tried with two different bladed weapons and no issues for me.

It works on nvidia. AMD users often mention this issue, it must be something with mesa.

Here you are wrong, that crashes happened on Nvidia hardware as well. Was enough to attack an enemy with a blade weapon, then the game either crashed directly or was hanging a while, then continue to work for a short while until it eventually crashed.

Can't say anything for the new patch, as I stopped Playing the native Linux build in favour of Proton.

Quoting: TheRiddickheard the game runs quite a bit better with proton vs native. Wish they move to vulkan in a future update.

Rather unlikely. DL is a finished game and the updates will end with releasing Dying Light 2.

Also about performance navive vs proton. Well it it OpenGL game... In my case it works well. In pair with windows version but some people report worse performance.
But still this is very good, if game this Linux game perform with 80% FPS from Windows. Many Linux games perform much worse. Just look at older Feral port, where you can expect 50% FPS from Windows.
1 Likes, Who?

View PC info
When I played through DL the first time, I used the native version with Nvidia. The drop attack issues basically meant you couldn't really use them, unless you wielded a blunt weapon.
Will be interesting to try the native version again.

View PC info
The crashes happened for a friend on Arch as well, so it's no issue with the distribution. It might have been fixed in a patch, but that must have been in the last 6 months.
0 Likes
DMG 3 Oct, 2019

View PC info
Are these new weapons ones that you 'just start with' at the beginning of the game? Or are they earned/unlocked/found in the course of gameplay? Since I'm no fan of beginning gameplay with OP weapons (not that I would have to use them, admittedly), I'm hoping that it's the latter.
0 Likes

They are blueprints that you apply to an existing base weapon, both weapons and materials can be found as world loot and in some cases bought from vendors. They are essentially skins.
1 Likes, Who?
1/2»
While you're here, please consider supporting GamingOnLinux on: