If you like your sci-fi co-op games, EmptyEpsilon might be one to take a look at which is free and open source. Not one I had personally heard of before and it seems to be an active project too. 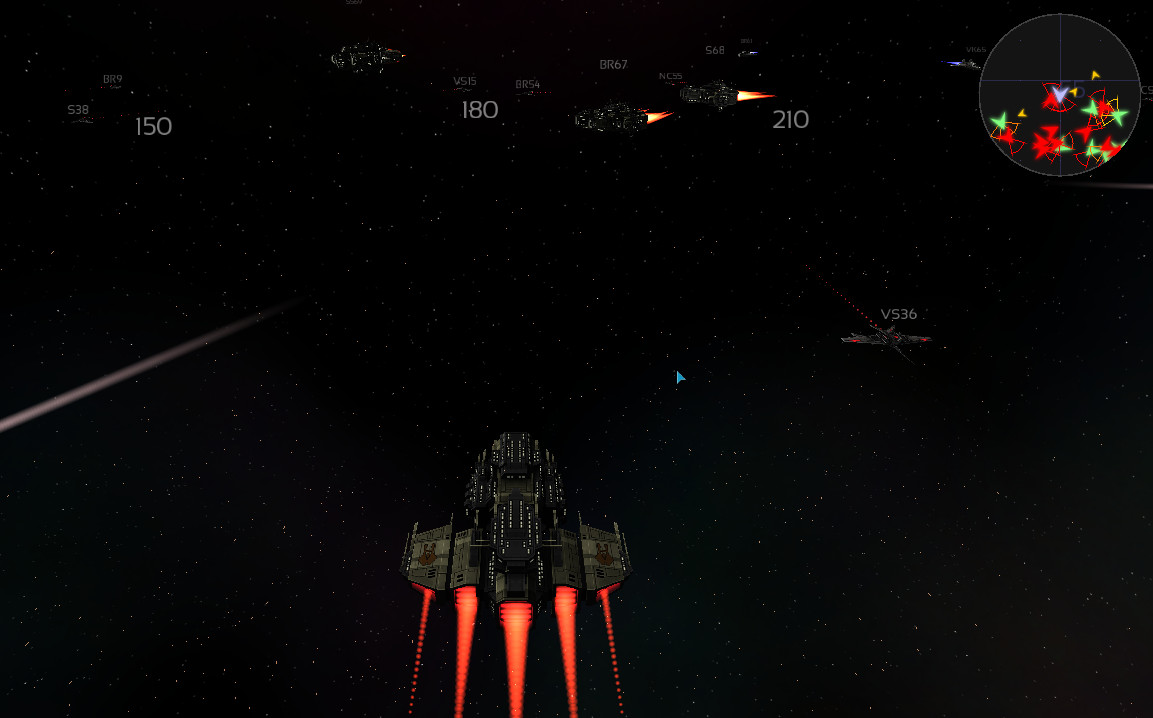 The developers say it started off as a clone of Artemis Spaceship Bridge Simulator, since then it's deviated with their own unique ideas to become its own game. Since Artemis isn't open source, they saw something they wanted to do different and better—so they did.

Currently, they're only providing packages for Windows and only "guarantee" support for Windows, but their aim is to support all major platforms. Since it's open source, no harm in trying.

EmptyEpsilon places you in the roles of a spaceship's bridge officers, like those seen in Star Trek. While you can play EmptyEpsilon alone or with friends, the best experience involves 6 players working together on each ship.

Each officer fills a unique role: Captain, Helms, Weapons, Relay, Science, and Engineering. Except for the Captain, each officer operates part of the ship through a specialized screen. The Captain relies on their trusty crew to report information and follow orders.

See the official site here and the GitHub page here.

View PC info
Sounds interesting but I will not be building it myself. Hope they package it as a flatpak
0 Likes

View PC info
Ha, it's already buildable on Linux. The only issue with their script I found is that it installs documentation in '/usr' instead of '/usr/share/doc', but that's easily fixable. Going to give it a shot later.

It's simpler if you play locally over the LAN, of course. These instructions are for those times you want to play over the internet using an AWS instance. I generally choose a c5.xlarge for which AWS charges seventeen cents an hour (check current prices yourself). Some internet players can be found on the USN discord: USN Discord
3 Likes, Who?
Daid 8 Dec, 2018
Main developer here. Not super actively working on it anymore.

Linux support is guaranteed to work, we run our setup on network booting linux systems. But there is not a pre-build linux version, because I didn't want to figure out how to best provide that.
1 Likes, Who?

Linux support is guaranteed to work, we run our setup on network booting linux systems. But there is not a pre-build linux version, because I didn't want to figure out how to best provide that.

Sure. Was simply going by your official info provided. The GitHub literally says:


Quotebut only Windows support is guaranteed.

View PC info
Ie played this a bit with some friends, managed to gather a full crew. It's TONS of fun!

Linux support is guaranteed to work, we run our setup on network booting linux systems. But there is not a pre-build linux version, because I didn't want to figure out how to best provide that.

I've gotta admit I' a bit let down by that :–/ As stated, I've truly had some great sessions with my friends. Was hoping there would be more content and pathes improving stability :–) But hey, It's completely free, Im grateful for that alone! I hope it will pick up pace once more at some point :–D
0 Likes
While you're here, please consider supporting GamingOnLinux on: