Imperator: Rome from Paradox is out today with same-day Linux support (updated)

Update: If you cannot get it to run, disabling your networking should allow it to run for now. Credit to mcphail.

Imperator: Rome is the newest grand strategy title from Paradox Development Studio. Set in the tumultuous centuries from Alexander’s Successor Empires in the East to the foundation of the Roman Empire, Imperator: Rome invites you to relive the pageantry and challenges of empire building in the classical era. Manage your population, keep an eye out for treachery, and keep faith with your gods. 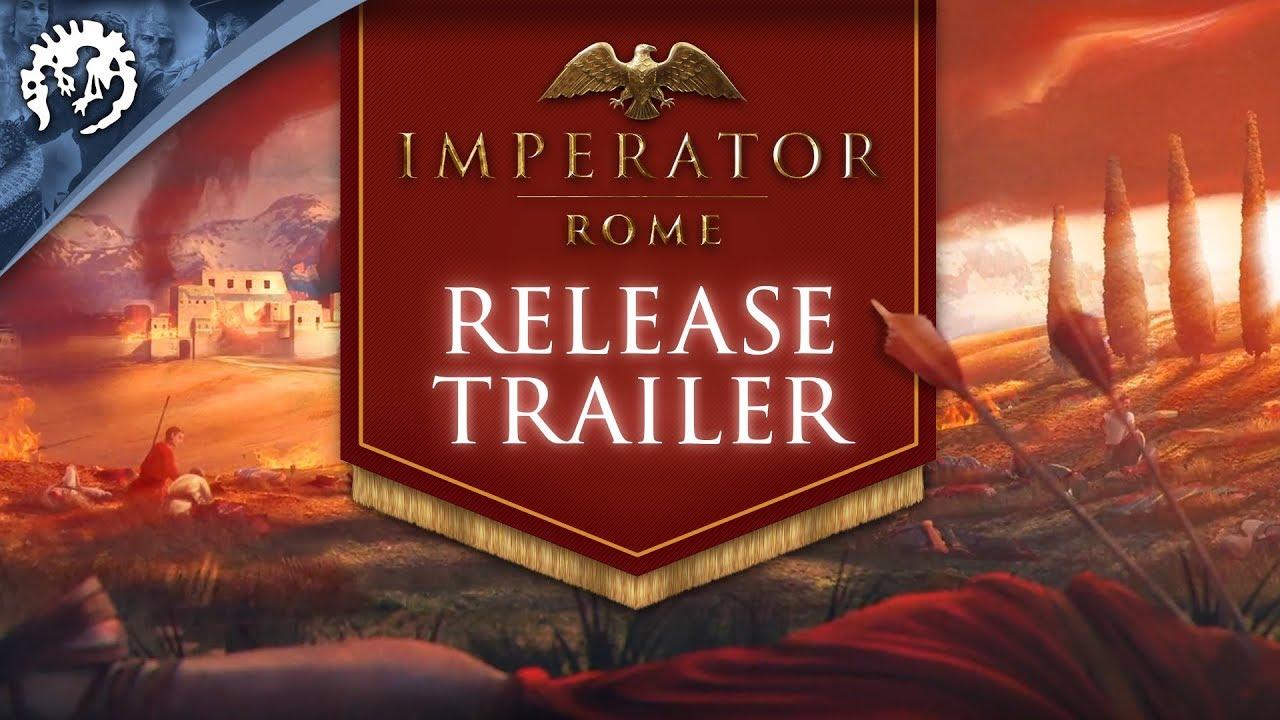 Like with most grand strategy games from Paradox, there's a lot of mechanics you will need to learn before truly getting into it. To help with that, Paradox have a tutorial series ready for browsing over on YouTube.

GOG actually sent me a copy of it, although these types of strategy games aren't usually my cup I've given it a run. Imperator: Rome comes with a fancy looking launcher, allowing you to adjust things like fullscreen settings, resolution, picking which monitor to display on and language. A feature I tend to find quite useful as a multi-screen user: 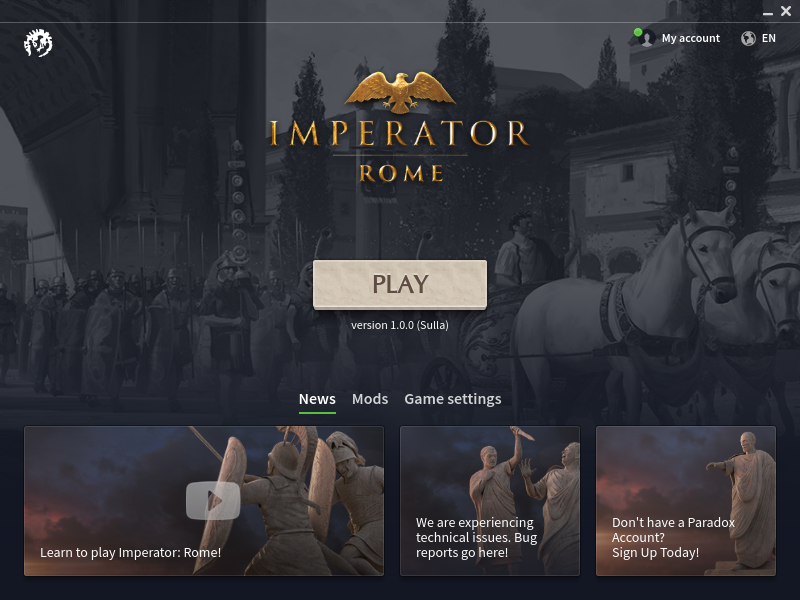 However, clicking play on Ubuntu 19.04 seems to result in something not quite working right as the launcher quits and the game is nowhere to be seen. Trying to run the game directly, brings me the Imperator: Rome logo screen and then that too also quits to the desktop. I tried deleting the Launcher and Imperator folders in "/.local/share/Paradox Interactive/" (in case their account login system is overloaded) and now the game when launched directly gets me a tiny bit further to what looks like a loading screen, but then crashes to the desktop once again.

Our contributor Samsai, who also owns it from GOG is able to launch it. However, they've encountered other major problems like poor performance and "jittery" scrolling so it doesn't seem great there either. Samsai is using an AMD GPU and I have it confirmed from multiple others on an AMD GPU that it works, but others on NVIDIA like me it's not working for. So in this case, it seems specific to NVIDIA GPUs that it won't work.

Looking around, it seems there's a large amount of people having issues across all platforms. Some people like me can't run it at all, others that can like Samsai above are seeing major performance issues, others have it constantly crashing.

Paradox is one developer I am willing to give the benefit of a little extra time though, given their constant support for Linux with their strategy games. However, there's no getting around that this was a bad launch.

If you love huge strategy games you can find it on Humble Store, GOG and Steam.

Article taken from GamingOnLinux.com.
Tags: GOG, Humble Store, Simulation, Steam, Strategy
8 Likes, Who?
We do often include affiliate links to earn us some pennies. We are currently affiliated with GOG and Humble Store. See more here.
About the author - Liam Dawe

View PC info
The current workaround for bypassing the bugged launcher is, at least in my case, by launching the game's binary from the console directly (~/.local/share/Steam/steamapps/common/ImperatorRome/binaries/imperator)

I have good performance (R5 2600X and Vega 56 using Mesa 19.0 and the 5.0.x kernel, playing on 1440p) though there are some really minor lightning issues on small modes (like, a tiny building in a city turning really bright and then getting shadowed intermittently) but nothing game breaking so far!
1 Likes, Who?

aukkras 25 Apr, 2019
For me running it from terminal like this works:

I had to skip first login screen in the launcher and then login on screen with "Play" button (otherwise I was getting 503/504 errors).

(I also did "find ~/.local/share/Steam/ubuntu12_32/ -name '*libxcb*' -delete" since something in libxcb was crashing, but it might not be necessary on Ubuntu)
0 Likes

View PC info
aukkras, are you on an AMD or NVIDIA GPU? Everyone on NVIDIA I've spoken to so far can't run it.
0 Likes

nadrolinux 25 Apr, 2019
View PC info
I ran a version from Steam and I played tutorial for 10 minutes without problems on Ubuntu 19.04 (I didn't find a more free time today to play this game longer).

View PC info
Hmm, the bugged release is surely a bummer. From what I remember, Stellaris (their last new release) was good on this front at least.

But yeah, Paradox at least has great post-launch support. And same-day native release is quite good.
0 Likes

Quoting: liamdaweaukkras, are you on an AMD or NVIDIA GPU? Everyone on NVIDIA I've spoken to so far can't run it.

AMD Fury X, Bleeding edge (from git) AMDGPU...
0 Likes
mcphail 25 Apr, 2019
It launches and runs from the Paradox Launcher on my machine with an old GTX650. The music stutters when the screen scrolls or updates, though, and I'm here because the game just locked up half way through the tutorial!
0 Likes

Quoting: mcphailIt launches and runs from the Paradox Launcher on my machine with an old GTX650. The music stutters when the screen scrolls or updates, though, and I'm here because the game just locked up half way through the tutorial!

You're the first NVIDIA user to say it works, is this on the proprietary driver or the open source driver?
0 Likes

View PC info
Now we just need to wait the usual two years until the first 14 big patches and four full-priced DLCs make the game great!
Worked with EU4, worked with Stellaris, I have no doubt it will work here...
2 Likes, Who?
mcphail 25 Apr, 2019

Quoting: mcphailIt launches and runs from the Paradox Launcher on my machine with an old GTX650. The music stutters when the screen scrolls or updates, though, and I'm here because the game just locked up half way through the tutorial!

You're the first NVIDIA user to say it works, is this on the proprietary driver or the open source driver?