Like the sound of an arcade-style mountain biking game? Lonely Mountains: Downhill is currently on Kickstarter and plans Linux support. 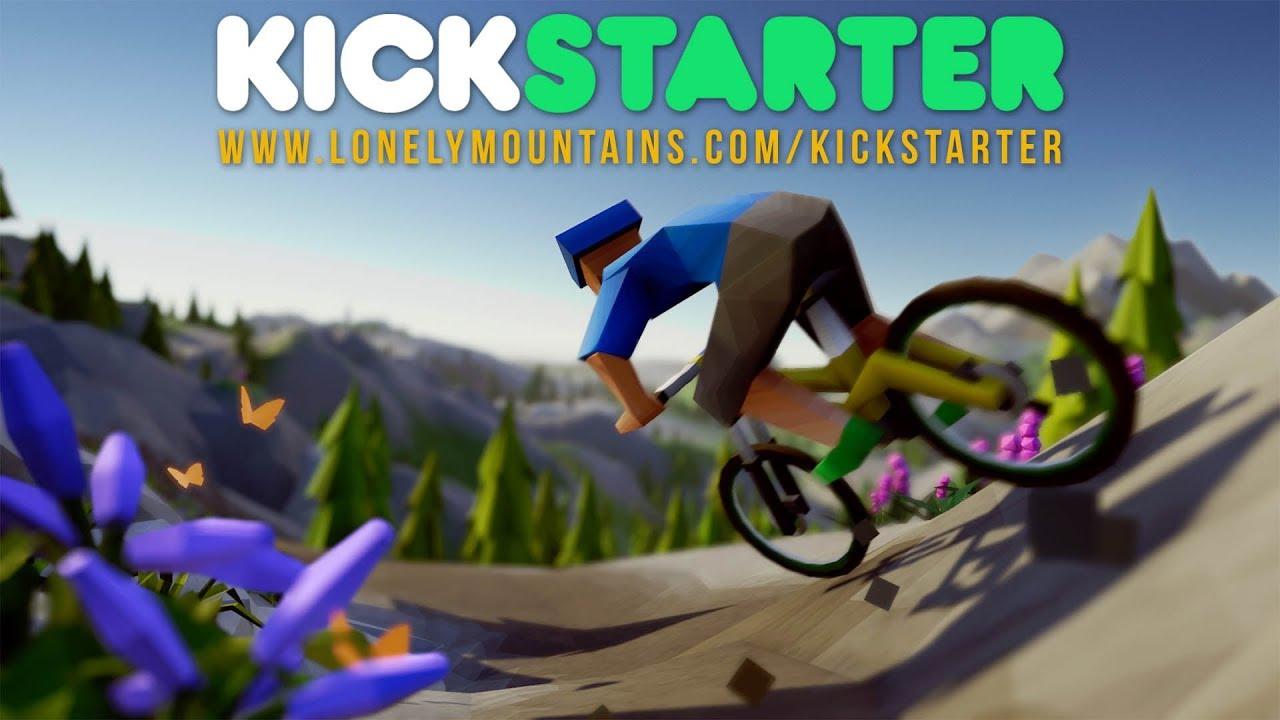 This isn't a case of me having to reach out to a developer to clarify platforms either, as it's very clearly stated on their Kickstarter right near the top:

Lonely Mountains: Downhill is planned for release on PC/Mac/Linux mid-2018 if we hit our funding goal.

The developer, Megagon Industries, is seeking to get €35K. They already have €18.9K with 23 days left, they've got plenty of time.

What I like about the game, is that they're going for a natural approach. There will be no audience cheering you on, no sponsor signs on the side of the road or anything of the sorts. It's not an exploration game though, as it will feature various game modes like time trials, special challenges and so on.

What do you think to this? I think it could be a lot of fun! I have to admit the trailer made me laugh a bit with the multiple failed jumps, looks fantastic.

Article taken from GamingOnLinux.com.
Tags: Crowdfunding, Indie Game, Sports
8 Likes, Who?
We do often include affiliate links to earn us some pennies. We are currently affiliated with GOG and Humble Store. See more here.
About the author - Liam Dawe

I am the owner of GamingOnLinux. After discovering Linux back in the days of Mandrake in 2003, I constantly came back to check on the progress of Linux until Ubuntu appeared on the scene and it helped me to really love it. You can reach me easily by emailing GamingOnLinux directly.
See more from me
Some you may have missed, popular articles from the last month:
The comments on this article are closed.
8 comments
M@GOid 24 Oct, 2017
View PC info
It would be nice to show some gameplay. I'm always suspicious when a developer only show a game in "attract mode".
1 Likes, Who?

Like M@GOid said, the trailer looks cool, but it gives no indication of what the gameplay will be like.
0 Likes

Give us a link :P

I wonder if anyone on this board is a fan of the Atari 8bits... I got mine with the full load of mods... and then ended up bricking the damn thing so now I'm waiting for my EPROM burner, which should arrive tomorrow.
0 Likes

View PC info
I loved Kikstart on the CBM64. It appears the follow up was spelt differently (CBM64) - 'Kickstarter II'. Had to have a look on youtube... then saw 'action biker', the memories are flooding back, great stuff!

Back on topic... the graphics look great in this game and could be a fun casual game to pick up. But... when actually released and not before.
0 Likes

View PC info
Looks cool, and if it comes out I'll likely buy it, but I've been burned in Kickstarter before. Through the Woods also had a Mac and Linux version promised, even demos. Then Antagonist took the money and went to work making a Windows only game. That was sadly the last time I would trust an unmade game to be released for my platform.
0 Likes

Quoting: CimerydLooks cool, and if it comes out I'll likely buy it, but I've been burned in Kickstarter before. Through the Woods also had a Mac and Linux version promised, even demos. Then Antagonist took the money and went to work making a Windows only game. That was sadly the last time I would trust an unmade game to be released for my platform.

I only trustrust those that have delivered before. Like inXile. Waiting on Bard's Tale 4! I should beat the first three, I suppose...
0 Likes
While you're here, please consider supporting GamingOnLinux on: