By flesk - 16 October 2014 at 11:14 am UTC | Views: 7,870
The gorgeous sequel to 2011's title 'Lume' is slated for release next month. With no news on release platforms the last year we reached out to the developer 'State of Play' to catch up with the status of the Linux release. 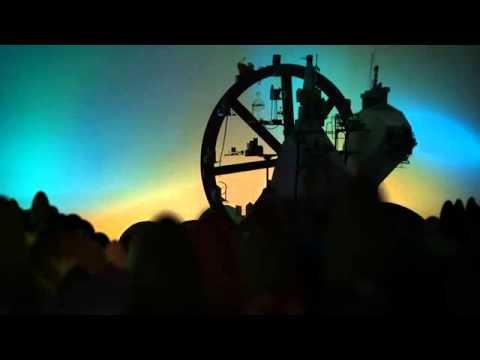 At the beginning of last year PCGamer ran an article about Lumino City where they stated that the game would be coming to Linux. This was without further qualifying it or quoting a source, and with no news on a Linux version for over a year I started worrying about the chances of a Linux version in time with the release next month.

QuoteLumino City should release in "late Spring" this year, on PC, Mac and Linux (with iOS versions coming later, presumably once they've squished the sets with a hammer so they can fit on the smaller screens).

Note that "Spring" in this quote refers to Spring 2013.

Earlier today the developer confirmed on Steam that the game is still planned for a Linux release but that it won't be in time with the Windows release:

QuoteA Linux version is planned.
Sorry for the delay, but it isn't going to be ready for this launch date.

When asked about their choice for engine on Twitter they confirmed that they're still using Flash:


@Fleskesvor thanks! And it's still Flash :)

I would have hoped they'd have moved to Haxe or something else by now to better support Linux but as long as they're still determined to develop a version for Linux I'm happy.

Sequel to the award-winning game Lume, Lumino City begins where that game left off. Begin by exploring the city, and using your ingenuity piece together all sorts of puzzling mechanisms to help the people who live in its unique world. Discover gardens in the sky, towers marooned high on an immense waterwheel, and houses dug precariously into cliffs. To create the environment, a ten foot high model city was built by hand and by laser cutter, with each motor and light wired up individually, bringing the scenes to luminous life. Article taken from GamingOnLinux.com.
Tags: Flash, Puzzle, Upcoming
0 Likes
Share

View PC info
Lume was incredible, so this has been on my radar for quite a while now. I'm glad they're at least working on Linux, even if it's not going to be day one.

So many games that are out already that haven't come through on that promise though. Transistor, Banner Saga, Banished, Divinity: Original Sin and the list goes on. Here's hoping Lumino City doesn't fall into that "We're working on it, really!" trap.
1 Likes, Who?

Lume was nice but not very playable (I’m stuck early on a puzzle that doesn’t make much sense). Also a tiny window, and Flash :-/. So I don’t mind if Lumino City is not out for Linux.
0 Likes

View PC info
Lume has some obscure puzzles for sure but I really like that in this game. They're all logical, so it just takes some determination to solve them.

It's definitely true that Flash is awful performance wise. I long for the day when Flash is no longer used in game development, but until that day comes I'll just suck it up when it comes to the few Flash games I really want to play. This is one of them.
0 Likes

No matter how I look at the map puzzle, it doesn’t seem logical at all to me. I’ve tried.

I wanted to check were I was stuck again but it looks like my savegame disappeared (maybe I deleted it).

And Flash, I can play Flash games (The Clockwork Man was nice), but they generally look bad, are slow, don’t support the right mouse button, use a barely supported closed-source technology… It’s just far from optimal.
0 Likes
While you're here, please consider supporting GamingOnLinux on: