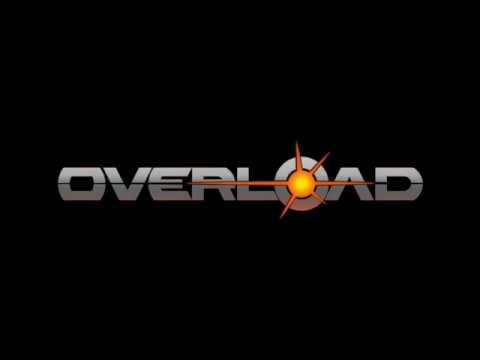 YouTube videos require cookies, you must accept their cookies to view. View cookie preferences.
Accept Cookies & Show   Direct Link
The game was funded thanks to Kickstarter, where the developers nabbed $306,537 from helpful people wanting to see it become a reality. It's also nice that another Kickstarter team actually managed day-1 Linux support.

The team behind Overload actually has some of the originally Descent team and the co-founder of the studio even worked on Freespace 1 & 2, which are my two all time favourite space shooters. I'm really not surprised the game has already turned out so well!

Note: I've reached out to the developer to request review keys so we can cover it in more detail and livestream it.

The fact that they already have a playable teaser demo speaks volumes about how confident they are in the game. With good reason too, as it looks absolutely gorgeous and it performs amazingly well on my hardware. I was consistently getting about 150FPS and it feels so smooth it's crazy.

They plan content updates every 3-4 weeks and they will be adding a free multiplayer mode sometime (they estimate 6-8 months) after the final release. I think this is a good way to do it, as too many games focus on multiplayer first when they have so few players.

View PC info
Maybe I missed something but on launch the EA version didn't have much more content than the demo. On the positive side, controls are super good and works great with the Steam Controller. Also it's running great performance wise.
0 Likes

Duckeenie 20 Mar, 2017
View PC info
Reminds me a lot of forsaken.. Actually I'm surprised at how well those graphics have held up.
2 Likes, Who?

Quoting: DuckeenieReminds me a lot of forsaken.. Actually I'm surprised at how well those graphics have held up.

Was a huge fan back in the day :D

Edit, Which you can still play and on linux

M@GOid 20 Mar, 2017
View PC info
I am one of those that played a lot of Forsaken and very little of Descent.

Looking at the Overload video, I have to ask: were is the HUD? It's very strange to fly around without any kind o information on the screen.
0 Likes

Quoting: M@GOidI have to ask: were is the HUD?

The demo has both HUD and cockpit. I don't know why they decided to not have that in the trailer, maybe it wasn't done yet when they made it.
1 Likes, Who?

There is already a VR Lets play of the demo on youtube!

Quoting: AlveKattThere is already a VR Lets play of the demo on youtube!

Man, that is a killer app for VR.

I always thought that simulators and the like are the best case for VR. This trailer just solidify my belief on that. You are always in sit position on the vehicle and there is no problem with breaking the suspension of believe, because you don't have to walk anyway.
2 Likes, Who?

Quoting: AlveKattThere is already a VR Lets play of the demo on youtube!

Occulus running on Linux? dude, this guy is using obviously windows.
Btw, i was reading on their forum and a message from 13 mar of developer says:

Yes, you can play the game with either a Vive or a Rift (Windows only for both).


Ah, yeah. I forgot to check up on that.

I just assumed that since the demo has a Linux build it would have the same features. But yeah, I know that isn't always true. My bad.
0 Likes
1/2»
While you're here, please consider supporting GamingOnLinux on: