Pillars of Eternity II: Deadfire delayed until May

The upcoming RPG sequel has been delayed a little bit to give the developers time to polish and improve the game following feedback in their closed beta. 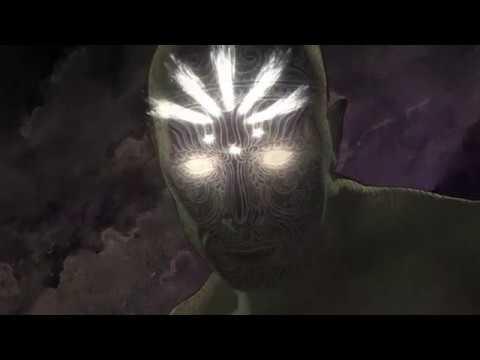 The followup to the successful isometric RPG, Pillars of Eternity [Official Site], will be delayed for a little over a month and is set to be released May 8. In a statement, developer Obsidian have shared the following as the reason for the delay:

As you have probably guessed, Deadfire is a huge game -- significantly larger than the original Pillars of Eternity. Obsidian has been working harder than Abydon himself to make sure every inch of it is awesome, as well as incorporating all the great feedback we have been getting from everyone playing the Backer Beta.

With this in mind, we are taking just a few extra weeks to polish and put those finishing touches on the game.

It’s a reasonable enough reason to delay a game in my opinion. With so many rough launches seemingly being the industry norm, I'd rather face delays if it means bugfixes and balance passes. Getting a good, stable and bug-free experience at launch is important.

I’m looking forward to playing this one, as I was a fan of the original game. If you weren’t aware, this sequel continues the story of the first taking the player to the exotic Deadfire Archipelago far away from the setting of the first title. Expect sailing, exploration and dealing with pirates as you find out the reason for the rampage of the rogue god Eothas.

You can preorder Deadfire on Obsidian’s own store, GOG and Steam. As always, though, we advise against preorders. If you’re hungry for more information on the game, you may also want to check out the various video updates on development that have been made available.

View PC info
I don't mind the delay. Obsidian are professionals.
9 Likes, Who?

View PC info
Let's hope they don't skip out on the QA this time 'round. It's the only thing that they don't do amazingly well.
0 Likes

View PC info
I think that I have to dust off the first one and play it. It looks good. (I got the first through a Humble Monthly and never played it.)
0 Likes

If you like Baldur's Gate or Icewind Dale you are in for a treat indeed.
3 Likes, Who?
PublicNuisance 15 Mar, 2018

View PC info
I am near broke, have a huge backlog and still haven't beat the original. Take your time.
1 Likes, Who?

If you like Baldur's Gate or Icewind Dale you are in for a treat indeed.

BG and ID are already significantly different game. In BG (at least 1), freedom of movement and exploration is a big thing, ID is mainly combat focused with a little to do otherwise. This is despite they are games build on the same engine.

The outcome is that BG, ID and PoE are all significantly different game and if you liked one, it doesn't mean that you will like the other.

Example: BG has closer to Fallout or Arcanum than to ID or PoE. ID is closer to various hack & slash games, such as Temple of Elemental Evil, which was mostly dungeoncrawl (or so I believe) lacking open world. And PoE is relatively linear with significantly prescribed way how you can play it, which is very limiting.
0 Likes

View PC info
I really need to finish some of my single-player games so I have better reason to get games like this sooner!
0 Likes

Make sure to read the manual! The game holds "false friends" to Baldurs Gate veterans. So if you play it like an Infinity Engine game on normal difficulty, like I did, you might not have much fun with combat. I experienced combat as not very tactical and unclear, because I did not quite understand everything about it. At the same time difficulty level "normal" is quite easy, so I did make progress anyway, it just wasn't fun.
After reading the manual I restarted the game on difficulty level hard and have much more fun ever since!
The delay gives me time to complete the game before part 2 gets released!
2 Likes, Who?

View PC info
Please keep in mind: The Unity-framework is used for "Pillars of Eternity" and there is no way beyond sending telemetry unasked throughout the net when playing.

View PC info
I love PoE franchise and do not mind waiting longer for a higher quality product. Gives me chance to finish Tomb Raider once Feral releases it.
0 Likes
1/2»
While you're here, please consider supporting GamingOnLinux on: