Postal 2 Linux Updates Are Now Up In The Air 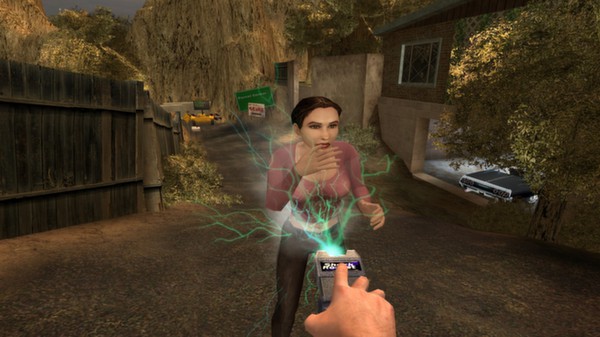 Sadly the big updates for Postal 2 for Linux may be a long way behind the Windows updates as Ryan "Icculus" Gordon their usual porter has now passed on their work. So, they need a new developer to help out it seems. So, not only is the big update not going to be on Linux for a while, but we have to wait for their DLC too.

QuoteLinux and Mac support is up in the air right now... the guy that used to update our builds no longer wants to it seems so we'll have to look for someone else.


QuoteYour guess is as good as mine, he stopped replying to our e-mails months ago, we have no idea why.

They aren't the only developers to say Ryan is a bit of a mystery man with the developers behind Sactum 2 & Goat Simulator saying he also wouldn't reply to them for weeks at a time.

I'm sure the porting master Ryan has good reasons, and it's probably just due to how busy he is. He does have a lot on his todo list that's for sure.

Postal 2 has recently been updated for things like the integration of some really popular mods, Steam Workshop, and in future will have things like full gamepad support along with additional content in the form of at least two DLC packs (you can see the news on all that right here).

This is the problem when you don't learn your platforms in-house and rely on other people, as like in this case they can let you down. I really hope they either find someone else, or more preferably look into it themselves to stop this happening to them in future.

So, anyone fancy getting in touch with RunningWithScissors to work with them on porting? Don't be shy!

About Postal 2
- Aggressive vs. Passive: POSTAL 2 is only as violent as you are.
- One large non-linear world.
- Explore the world and accomplish your errands at your own pace.
- Interact with Non-Player Characters
- Survival Mode: If you choose to play as a pacifist, you will still have to deal with the NPC's who may also go POSTAL!
- Based on the Unreal Editor: Easy to use and very powerful, with many mods already available from the community.

For those that haven't played it even without these big updates it's still a great game, so check it out on Steam or Desura.

Icculus actually replied at the linked forum post, and as we suggested it might have been he has just been very busy

I won't quote the other reply, as Icculus doesn't seem very happy, but it's interesting to note that he has been doing the Linux & Mac versions for free, so it's no wonder it's not exactly a priority as time is money. Article taken from GamingOnLinux.com.
Tags: Action, Adventure, Desura, FPS, Steam, Upcoming
0 Likes
Share

I am the owner of GamingOnLinux. After discovering Linux back in the days of Mandrake in 2003, I constantly came back to check on the progress of Linux until Ubuntu appeared on the scene and it helped me to really love it. You can reach me easily by emailing GamingOnLinux directly.
See more from me
Some you may have missed, popular articles from the last month:
The comments on this article are closed.
14 comments
Page: 1/2»
jdub 16 Jul, 2014
Is Ryan suffering from a case of bigshotism?
0 Likes
Toploader 16 Jul, 2014

This is the problem when you don't learn your platforms in-house and rely on other people, as like in this case they can let you down. I really hope they either find someone else, or more preferably look into it themselves to stop this happening to them in future.

This is a bizarre statement, why would a small indie dev house pay a full time Linux / Mac porting expert (That are not in massive supply) when they are only needed for a few months a year maximum (in this case, probably no more than a week)? Of course it will be outsourced to other people, just so happens our normal go to guy is seemingly no longer available.

Going forward things will be different as engines natively will support Linux in most cases and it can be handled in house, but as long as we are updating a game based on UE2 we'll need outside help when it comes to major updates which effects the C++ and the like.
0 Likes

View PC info
You know, you don't need to hire someone exclusively for GNU/Linux / Mac OS X support. They can do normal development too. Duh.

And yes, in my mind, icculus should only do the initial porting, and then help the original dev team support and further develop the port. Staying ignorant of the port and just pushing everything to the "Linux guy" is really really stupid.

I mean, how long did you figure he would have time to hold your hands? Last I checked, he has like a dozen of other ports to handle.

Quoting: ToploaderGoing forward things will be different as engines natively will support Linux in most cases and it can be handled in house

You do understand that "just push a button to export to Linux, don't test, don't care, stay ignorant" is a bad idea, right?

As long as you have proper abstractions, use C99 stdint types and the like, there really, really shouldn't be a problem with "updates that effect the C++".
0 Likes

View PC info
My point wasn't to actually employ a new single developer to handle it, but for yourselves and other developers to do it in-house with existing developers.

The fact is this is a problem as you don't do it yourselves, but you outsource it.

Not blasting anyone here at all that's just what the situation is.
0 Likes

View PC info
Still, I'm not necessarily taking icculus' side here. Not replying to mails is quite unprofessional... :/

I can relate, though. When something else is keeping me busy and/or a reply (or even thinking about how to reply) is too...demanding, I postpone it. And possibly forget it then.
0 Likes
Toploader 16 Jul, 2014

Quoting: DrMcCoyYou know, you don't need to hire someone exclusively for GNU/Linux / Mac OS X support. They can do normal development too. Duh.


Of course we know that, I think you over estimate how many people there are out there with these skill sets, We are a small team, and those that can work on multiple platforms are likely to get paid more else where then what we can offer.

Quoting: DrMcCoyAnd yes, in my mind, icculus should only do the initial porting, and then help the original dev team support and further develop the port. Staying ignorant of the port and just pushing everything to the "Linux guy" is really really stupid.
I mean, how long did you figure he would have time to hold your hands? Last I checked, he has like a dozen of other ports to handle.


Ryan ported the UE2 engine himself, no one knows the code better then him, having him maintain it for all these years was the logical choice and served everybody well. It's only just become a problem now, 12 years later.

Quoting: ToploaderGoing forward things will be different as engines natively will support Linux in most cases and it can be handled in house


You do understand that "just push a button to export to Linux, don't test, don't care, stay ignorant" is a bad idea, right?


I clearly understand the situation more than you do. Not that I expect you to understand why maintaining our build of the UE2 will not be the same as maintaining a build that natively exports to Linux, but you seem to want to pretend to.

I think you guys simply overestimate how big we are. RWS is about as indie as it gets, we don't even work from an office.
0 Likes

View PC info
I never said I know how exactly you maintain your UE2 build. How can I, as far as I know, that information is not public. (What I fear is that it's just this out-of-tree directory, synced with your main development only by patches Ryan sends you. Which would be a nightmare, yes.)

But I do know a thing or two about cross-platform development. And I know that if you keep that mindset of "it exports to Linux" without actually knowing anything about GNU/Linux development, and testing and debugging on GNU/Linux, you're in for a world of pain.

If however you have one tree that builds natively on Windows, Mac OS X, GNU/Linux, wherever, and you can natively develop and debug on that platform, this will make things so much easier.
0 Likes

View PC info
It's starting to look like Ryan has bitten off more ports than he can handle ;)
0 Likes

View PC info
Yeah its funny how Ryan takes forever to reply to anyone. Although he's sometimes quicker to reply to you on Twitter. He could just be really busy with his current ports / Family issues, but even then..replying to a e-mail doesn't take that long. Also not replying to developers means he's losing potential work ($$$).
0 Likes

View PC info
This is really rather strange as it is all still on his IcculusBoard on Trello:
https://trello.com/b/y0wvS4ec/icculusboard

Is the problem really just that he has simply fallen out of contact with you? If so maybe just the press on this issue might help sort things out.

Regardless, I really do hope you get this situation resolved, as I have been looking forward to these updates for a long time. I am perfectly fine with being patient, and I respect your efforts immensely, but I do of course want to actually be able play with these at one point or another. Best of luck in getting this fixed.

Thankfully, as Toploader mentioned, things like UE4 supporting Linux from the get go should help iron out some of these issues.
0 Likes
1/2»
While you're here, please consider supporting GamingOnLinux on: