Savage Lands is an interesting take on the survival genre with a fantasy setting, so I took a look so you know what to expect. 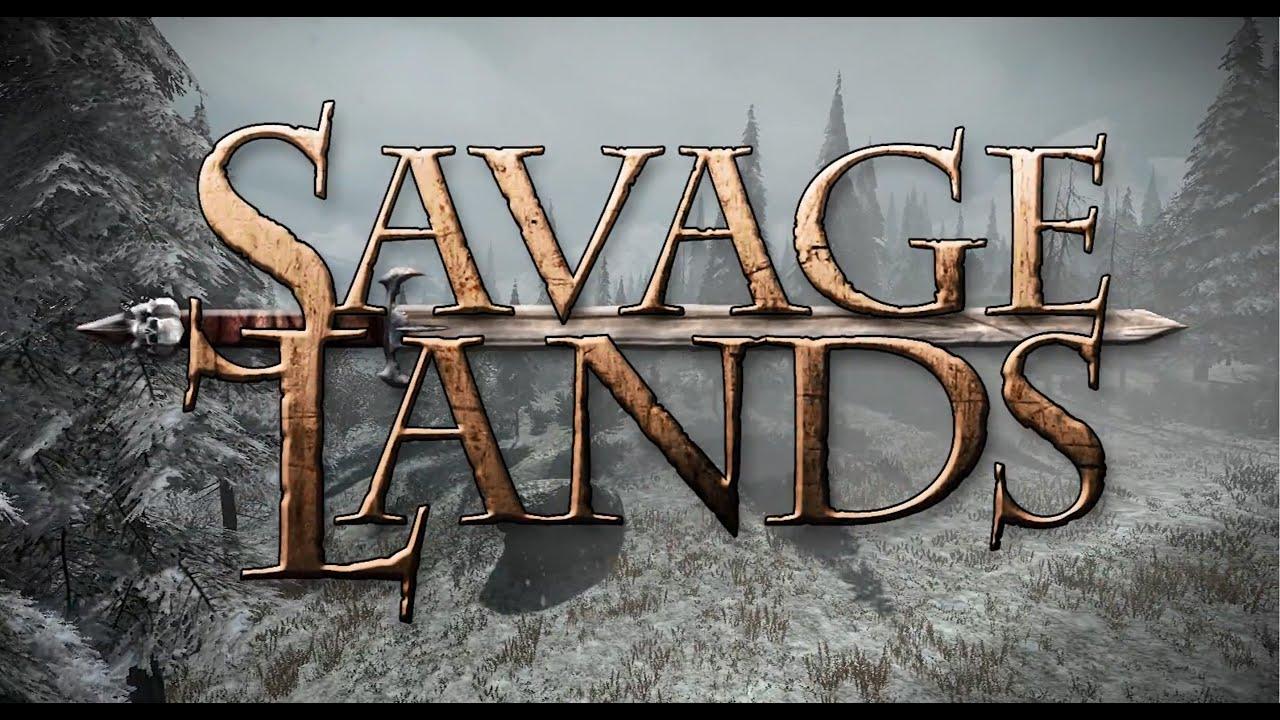 Savage Lands is a gritty, brutal, first-person open-world fantasy survival game in which players have only one goal: Stay Alive. Explore a world where days and nights are spent slaughtering vicious creatures, gathering scarce resources, building shelter and crafting powerful weapons needed to survive. Every decision counts, because one mistake can lead to an unfortunate encounter with deaths cold embrace.

The game only released for other platforms in March, so the game is very new. With that in mind here’s a quick look.

It seems to perform reasonably well. On my 970 with literally every possible option maxed out I get 40-60FPS depending on what’s going on. For an Early Access title that’s not too bad. I would still expect a 970 to do better though.

I'm not sure what settings the developers had turned on the for the Steam pictures, but maxed out on Linux it looks rather ugly. That's not me being picky, the pictures they grabbed on the Steam store look fantastic, but the game itself really isn't all that pretty to look at.

As usual for a survival game, I begin my journey by running around wondering what the hell to do. Unlike most survival games and to its credit, Savage Lands does give you a basic idea of what to do at the start in the form of a few simple quests to do in your journal. It’s not the most fun of tasks mind you, collecting stones and such.

One annoyance I have noticed is that after running for barely 2 seconds your character sounds worn out huffing away, and he won’t shut up for ages. It’s extremely off-putting. I really hope they tone that sound down a lot, but the developers only reply to me about that was that it’s like real life. It’s genuinely enough to put me off playing it for long periods of time, it’s an obnoxious noise. It’s like developers who put Motion Blur on, it doesn’t look good, and it’s not fun.

Like with Rust, I don’t feel this type of game is really aimed at me, as I find it quite lifeless aimlessly wandering around collecting bits and chopping down trees.

By the time I had nearly finished the tutorial quests, my character was starving and died. I couldn't find Flint anywhere to build a campfire, and saw no sign of food either. The main difference with this and Rust is that Savage Lands has a variety of fantasy twisted creatures, although the start is so slow and boring I didn’t manage to find a single one of them.

I will likely take another look at Savage Lands if they ever tone down that incredibly obnoxious huffing sound. I've put it back in my calendar to take a look again in August, hopefully it will be a nicer experience by then. Check out Savage Lands on Steam, remember it’s Early Access though folks.

2 May, 2015
View PC info
The game doesn't look ugly to me. The water is beautiful, the winter effects are really well done and realistic. You're supposed to find one of the abandoned villages, gather supplies and prepare to leave the starting lands. Out in the world there are more fantasy creatures to run into.

It's actually a really well done survival game that isn't as aimless or genre-less as Rust. The flint is in the rocks, you have to build a hammer and mine for it. If you don't want to do that though there is flint (and other starting resources) strewn about the beaches. Just walk up and down the beaches and you'll get more goods than you need.

I would suggest just reading one of the starting guides on Steam and then giving it another go, it's really an awesome game!

Multiplayer is a blast too!

View PC info
I don't recommend Rust in current state for anyone! It is by far the worse survival game I ever played. Don't starve is great, Project Zomboid is fine, or for a 3D approach 7 Days to Die.
1 Likes, Who?

View PC info
Rust in its current state is pretty awesome again.. it used to be pretty much broken like 3 months ago, but now it has lots of features and great performance and visuals under linux.

7 Days to Die is pretty much most feature-complete from the firstperson survival games, but it lacks 1 big feature imo. Servers are mostly 10-12 players max, some 32... thats nowhere near 100+ like rust has.

Don't Starve is great, but i still havent had time to play the Togheter version.

Beasts of Prey is another one but lacks features atm and itsn't polished enough.
0 Likes

Quoting: marcelomendesI don't recommend Rust in current state for anyone! It is by far the worse survival game I ever played. Don't starve is great, Project Zomboid is fine, or for a 3D approach 7 Days to Die.

It's not even possible to play it with 60fps.
0 Likes

View PC info
@Kurremkarmerruk, How does the characters huffing not drive you insane? I stand by all my other comments. I don't think it looks good, there were no villages to find before I starved, and no flint anywhere.
0 Likes

Ooooh oooh Frontiers! Since when has it had linux support? What do you like about it? Is it buggy?
0 Likes

Ooooh oooh Frontiers! Since when has it had linux support? What do you like about it? Is it buggy?

I haven't put much time into it yet, since I hate playing games with keyboard and mouse and the full controller support is not so full in Linux yet, but I like that it focuses on exploring and story and less on hack and slash. The Linux version has been available on Steam for months now, but "official" Linux support is coming soon.
0 Likes

View PC info
I also have FRONTIERS wish-listed, so be sure to poke us at GOL when it's available officially.
0 Likes
1/2»
While you're here, please consider supporting GamingOnLinux on: