SEUM: Speedrunners from Hell adds 33 new levels in 'The Drunk Side of the Moon' DLC

Need more speedrunning? SEUM: Speedrunners from Hell [Steam] has expanded with 33 more levels in their new 'The Drunk Side of the Moon' DLC.

If you don't remember the game, it's essentially a fast-paced 3D platformer with some heavy metal music. You need to finish each level as quickly as you can, to beat the times of others. Something for those of you who love to speedrun!

On top of 33 new levels, the DLC also adds in three new power-ups along with the entirely new environment. The new power-ups come in the form of mutators, which you can pick when you start a level. You can go back to older levels with these mutators, to play them in a completely different way—sounds fun! 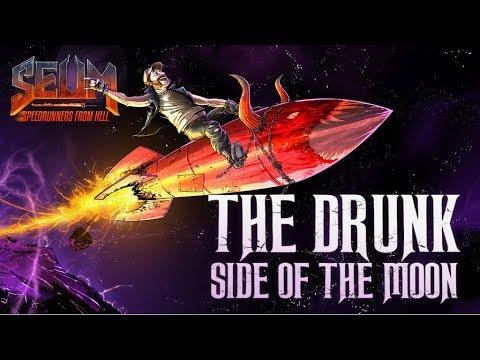 I actually quite like the game myself, we've had a good bit of competition in the past on the high score tables between a few of us. Every time I beat a score, someone else comes along and gets a second faster and it's infuriating fun.

Article taken from GamingOnLinux.com.
Tags: DLC, Platformer, Steam
1 Likes, Who?
We do often include affiliate links to earn us some pennies. We are currently affiliated with GOG and Humble Store. See more here.
About the author - Liam Dawe

I am the owner of GamingOnLinux. After discovering Linux back in the days of Mandrake in 2003, I constantly came back to check on the progress of Linux until Ubuntu appeared on the scene and it helped me to really love it. You can reach me easily by emailing GamingOnLinux directly.
See more from me
Some you may have missed, popular articles from the last month:
The comments on this article are closed.
1 comment
no_information_here 24 Oct, 2017

I just picked up the base game yesterday and am really enjoying it. Strange thing with the Steam Controller, though: The "right mouse button" (bound to left trigger) does a forced auto-center for the view, so it makes levitating and teleporting almost impossible. Mouse works fine, but I like to kick back using a controller when playing most games.

Anyone else have this?
0 Likes
While you're here, please consider supporting GamingOnLinux on: