Slain: Back From Hell released for Linux on GOG, some thoughts 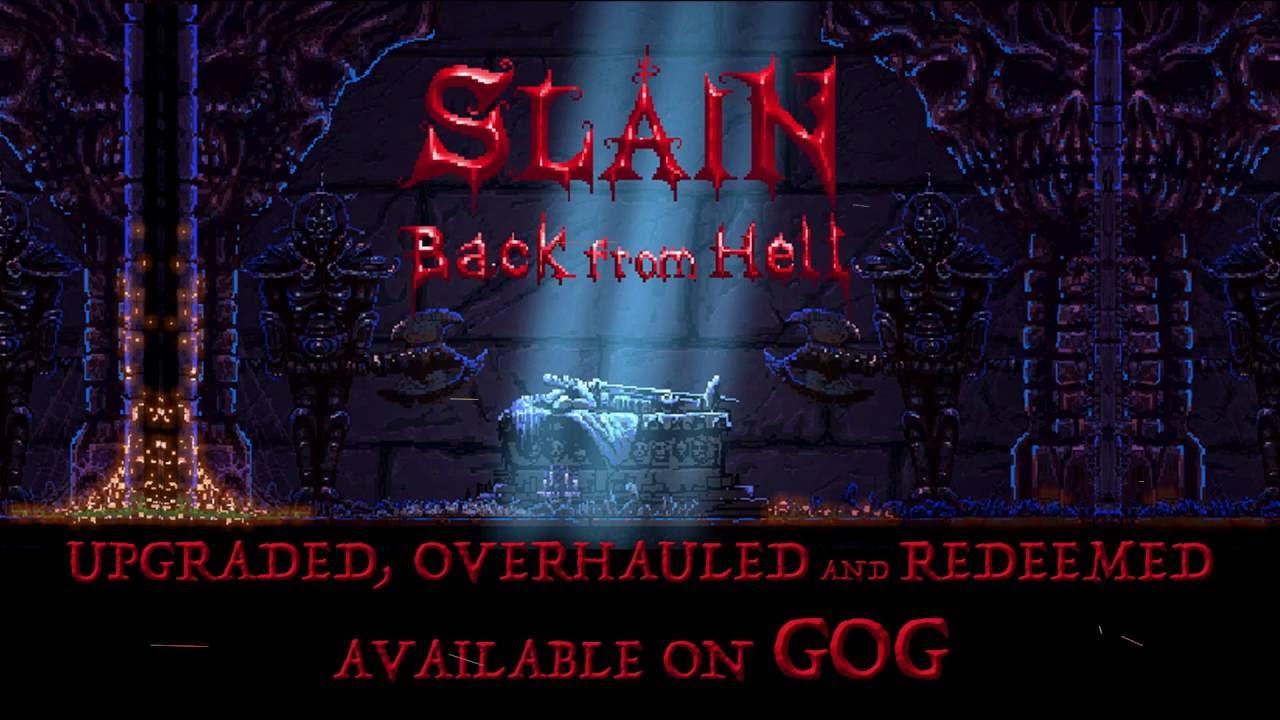 YouTube videos require cookies, you must accept their cookies to view. View cookie preferences.
Accept Cookies & Show   Direct Link
Slain: Back From Hell is the revamped of the poorly received Slain, now that it's available on GOG and I have been sent a key I gave it a test.

Slain: Back From Hell is an arcade style platformer with a heavy focus on action, gore and a few minor puzzles.

I never did try the game on the original release, so my thoughts haven't been soured by any previous experience.

With that said, there are still some things it does poorly. The first of which being the intro text, it's a really badly worded and uninspired intro, luckily the music and graphics do make up for that.

The heavier music matches the scene rather well, along with the pixel gory graphics that really are quite fantastic.

Don't be fooled by the early game, the combat seemed annoyingly simplistic at the start, but it actually gets pretty good once you get into it.

Timing your blocks at a crucial moment will stun your opponent, leaving them vulnerable for you to perform a powerful attack. It was a pretty awesome sight the first time I managed to do it and it's not all that easy to get the timing right.

The power ability you can use while crouched and having full mana is bloody glorious, hearing the power up high pitch noise and then boom. Simply marvellous!

It's actually not all that easy either, multiple parts of the game had me stuck for a while, so it managed to keep my interesting enough to keep trying.

Two things did annoy me: The first of which is the checkpoint locations, often in annoying places that see you re-play annoying parts. Secondly, the keyboard controls feel a little awkward.

Overall I found it to be a competent action platform, with beautifully gory visuals and a great soundtrack to go with it.

Well I had finished the game in like 2 Days so I guess the playtime is like 2-4 hours depending how skillful you are.
Is not a game that I would play again though :P

When you master your Sword and skills all become much more easier at the end...

I watched it being played on absnerdity's stream. It looked awesome and he said it was, definitely seems like it would be worth picking up, I checked for a Linux version back then and saw that it wasn't yet released so didn't proceed to buy but now I may.
0 Likes

Mountain Man 25 Aug, 2016
View PC info
Reminds me of Castlevania.
0 Likes
TheGZeus 26 Aug, 2016
The game crashes if the quality is set to anything but the default.
Good otherwise.
0 Likes

View PC info
It's not as insanely hard as Maldita Castilla, but it's still quite challenging (both were inspired by Ghosts n' Goblins in some way.). Good platformer overall. Graphics and animations are very well done, as well as music. Combat is refreshing with all the special moves and attacks.

View PC info
How about playing it with steam controller? Still workable and fun?

Quoting: TheGZeusThe game crashes if the quality is set to anything but the default.
Good otherwise.

Works for me on max.
0 Likes
While you're here, please consider supporting GamingOnLinux on: