Space station management game, The Spatials: Galactology, is confirmed to be coming for Linux

This is an expanded and reimagined version of the management sim, The Spatials. It’s yet to be released but the developers have confirmed that a Linux version is in the works. 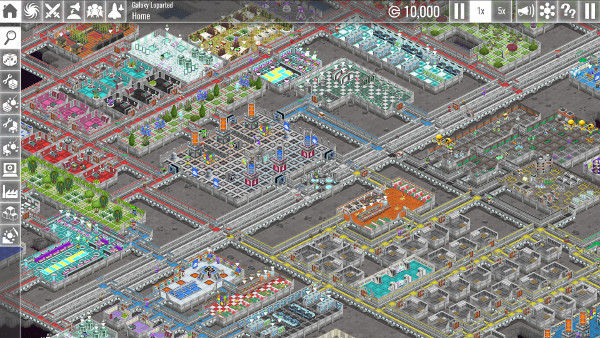 GOL took a look at the original game last year and it seemed to fill the void in fun space station management simulations. This reimagined version expands the game in nearly every way; new structures, items and gameplay elements are just some of the areas that have been worked on. This is on top of added mod support.

A recent tweet confirmed that the game is indeed coming to Linux:

@gamingonlinux It's planned and I will try to make the port soon, but I have a crazy week ahead so I cannot give a date

The game will launch into Steam’s Early Access on July 7th and anyone who owns the original before July 5th will automatically get a free copy of the new and enhanced game.

Oh and the name doesn't mean anything but coincidentally could be pronounced as "Buttery" which suits me just fine.
See more from me
Some you may have missed, popular articles from the last month:
The comments on this article are closed.
2 comments
Guest 30 Jun, 2016
I wish it was space station 13 like....That game seriously needs a native Linux version.
0 Likes

I bought The Spatials a few weeks ago but the tutorial was a bit hard to digest and I haven’t really played it yet. IIRC they said that Galactology would be free for owners of The Spatials.
0 Likes
While you're here, please consider supporting GamingOnLinux on: