It wasn't smooth sailing for this one, as their original Kickstarter was trolled with a large fraudulent pledge that resulted in their original campaign failing to hit the goal. They later put up a new Kickstarter, which actually was successful and a lot more so than the first one in terms of funding raised.

What makes Dimension Drive so nuts? Even when you're playing by yourself, the game is split across two parts of the screen. It does have local co-op support as well, so you don't have to get overwhelmed by the action. Hopefully this will be enough to set it apart from the masses of other shoot 'em ups currently available on Linux, it certainly looks good. 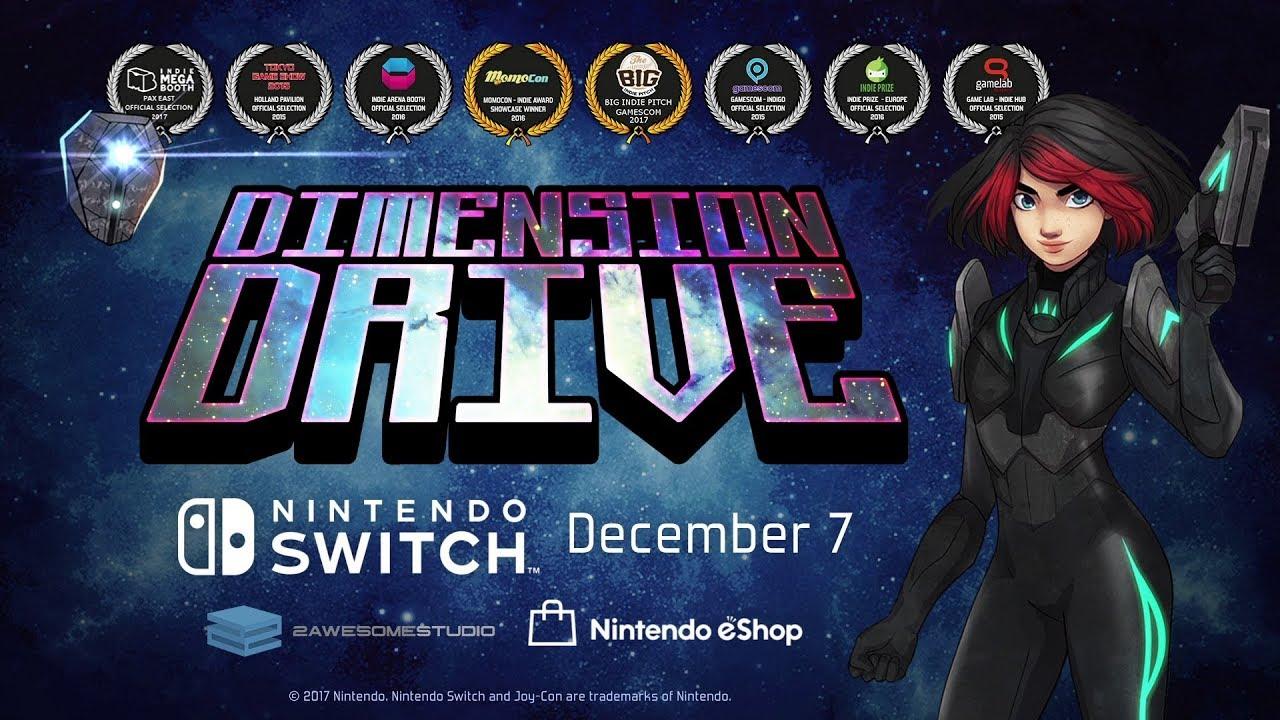 This intense space shoot ’em up challenges you to fight across two battlefields on one splitscreen. Instantly switch between them to dodge waves of bullets, reach secret areas, or surprise your enemies. Play solo or turn it up to 11 with a local co-op partner to give your enemies hell when you team up on one screen, or split up to grab as much loot as possible.

Want us to review it to see if it's worth your money? Be sure to let the developer know!

Article taken from GamingOnLinux.com.
Tags: Action, Arcade, Indie Game, Shoot 'em up, Steam
1 Likes, Who?
We do often include affiliate links to earn us some pennies. We are currently affiliated with GOG and Humble Store. See more here.
About the author - Liam Dawe

Pros:
* Reasonable and fun dodging of enemies and bullets compared to some other shooters where the visuals or the enemies are so overwhelming.
* Brilliant game mechanics. Switching between the two dimensions is brilliant and fun, but that's not the only nice game mechanic in here.
* Local co-op.
* Nice visuals, and the performance was very solid at 60fps, though I'm running it on a powerful machine so I'm not sure if this statement holds true on lower end machines.
* Gamepad (SteamController) worked well outside the box.
* Runs well on Linux (nVidia with binary driver)
* Worked as expected in dual monitors setup.

Cons:
* The campaign is shorter than I you'd hope.
* The game could not remember my screen resolution settings and default to a low resolution setting, so I have to set it every time I launch the game. Though that's not a big problem since changing the resolution was very fast.
* Pressing B on the controller in the menu doesn't work (doesn't take you to upper menu), so I have to use Esc on the keyboard instead.

Overall: Highly recommended if you like top down shooters.
0 Likes

QuoteThe game could not remember my screen resolution settings

I don't have any desktop icons/applets, so I don't know. Also, last time I launched the game I did not encounter the two issues I mentioned above, so I guess they fixed them.
0 Likes
While you're here, please consider supporting GamingOnLinux on: