Streets of Rogue has a Steam release date set, plus recent updates have improved online play

By Liam Dawe - 26 February 2017 at 7:58 pm UTC | Views: 7,321
Streets of Rogue [Steam, Official Site] is a fantastic idea, to have the combat feeling of games like Nuclear Throne, Enter the Gungeon and others, while having a more open-world approach to the action roguelike genre. 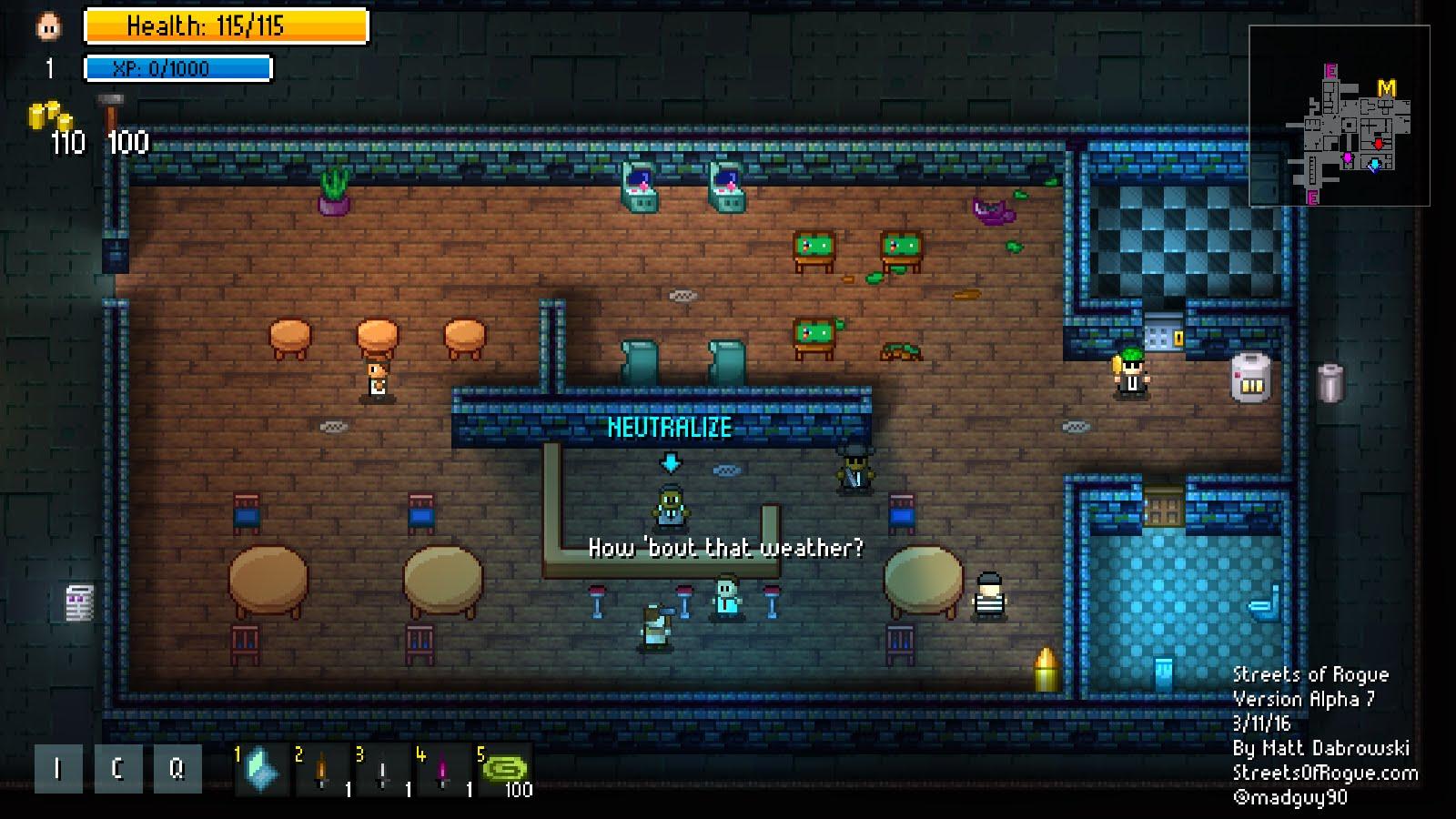 YouTube videos require cookies, you must accept their cookies to view. View cookie preferences.
Accept Cookies & Show   Direct Link
They have now set a Steam release date for March 10th and the developer has continued to release free builds for people to test.

Myself and Samsai tried a new build last night and the online multiplayer now seems to work really well. We connected fine (last time it refused) and managed a few quests and it was actually pretty funny.

It has Twitch integration too, so it could be highly amusing in a livestream.

One to keep an eye on for sure! You can download the latest test build for free here.

About the game
Streets of Rogue is a rogue-lite about player choice, freedom, and anarchic fun. The game takes inspiration from fast-paced top-down rogue-lites like Binding of Isaac and Nuclear Throne, and adds free-form, experimentation-driven, emergent gameplay elements of RPGs like Deus Ex.

In order to progress, the player will need to accomplish specific mission goals in any way they see fit through use of their special character traits, items, and the environment. Article taken from GamingOnLinux.com.
Tags: Action, Roguelike, Steam, Upcoming | Apps: Streets of Rogue
2 Likes , Who?
Share

I am the owner of GamingOnLinux. After discovering Linux back in the days of Mandrake in 2003, I constantly came back to check on the progress of Linux until Ubuntu appeared on the scene and it helped me to really love it. You can reach me easily by emailing GamingOnLinux directly.
See more from me
Some you may have missed, popular articles from the last month:
The comments on this article are closed.
2 comments
Spud13y 26 Feb, 2017

View PC info
Looks pretty fun. I'll wait until it gets out of Early Access before playing it, though.
0 Likes
Guest 26 Feb, 2017

Quoting: Spud13yLooks pretty fun. I'll wait until it gets out of Early Access before playing it, though.

Don't. It's really fun right now with lots of content. No bugs i have encountered in hours of play. It's a really fun title, there is a demo on itch.io.
0 Likes
While you're here, please consider supporting GamingOnLinux on: