You can check out the official update trailer below: 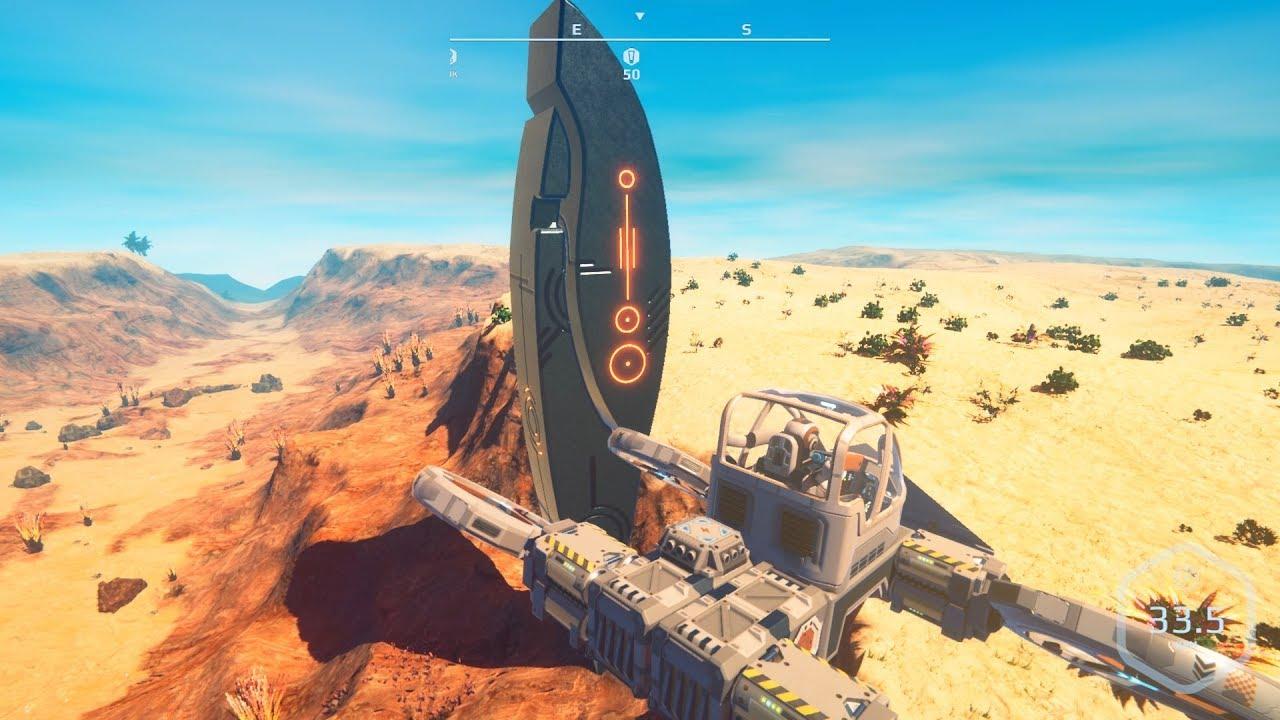 They also released this handy infographic to give you an overview of what's changed—a lot in fact. You can now take to the skies using the Air Blade block to create all sorts of weird aircraft, not sure I will ever want to travel by land again thanks to this. Although, having a mobile base thanks to the huge wheels you can now build is pretty damn awesome too.

The game did (and still does a bit) have an issue with giving you something real to do, with the Monuments you need to discover there's at least something more interesting to try to find now. The planetary map is also another rather slick addition, giving you a much better feel for where you are and for the grand scale of the game itself.

Performance is still a pretty big issue, even on Medium settings on my Intel i7/NVIDIA 980ti it's all over the place. I do hope sometime soon they take a good look at that. I want to enjoy it more, but right now it doesn't perform well enough overall. I can forgive them for that currently though, since it's quite early in development.

The game certainly has a lot of potential, a bunch of which was lost when they ditched multiplayer, but if they continue these sizeable updates and make the story good, it could well be worth a proper play-through in future.

We do often include affiliate links to earn us some pennies. We are currently affiliated with GOG and Humble Store. See more here.
About the author - Liam Dawe
I am the owner of GamingOnLinux. After discovering Linux back in the days of Mandrake in 2003, I constantly came back to check on the progress of Linux until Ubuntu appeared on the scene and it helped me to really love it. You can reach me easily by emailing GamingOnLinux directly.
See more from me
Some you may have missed, popular articles from the last month:
The comments on this article are closed.
9 comments
TheRiddick 26 Nov, 2017

View PC info
It should be noted that Pantropy looks just as good but has MP to boot. (and you can see the mountains, not just a wall of fog)

Quoting: TheRiddickIt should be noted that Pandora looks just as good but has MP to boot. (and you can see the mountains, not just a wall of fog)

Trying to google whatever that game is, is rather frustrating. Got a link?
0 Likes
TheRiddick 26 Nov, 2017

I don't see info anywhere about it coming to GNU+Linux. I doubt that their "PC" means other operating systems than Windows.
0 Likes
TheRiddick 26 Nov, 2017

View PC info
Yeah they are launching a kickstarter in feburary and hopefully it has a Linux goal or something.
0 Likes

To be clear: planet nomads started out the same way (a lot of multiplayer). And they announced linux from the start. It has come a long way since the kickstarter, and I will probably enjoy playing it.
The biggest problem with multiplayer: the game is meaningless without others. Like quake3 arena... No others, no game.
Now if you look at planet explorers, that's a really nice game (which gets updated too). It has this story, or secrets, that you won't find out until you have build your base, designed and created flyers.
I hope that planet nomads ends up at least like planet explorers.
Even ARK has a kind of story. Which you will learn if you subscribe to the DLC ;-).

View PC info
I have yet to see any rich story in planet nomads, it looks just like base building and exploring which would be many times easier and fun with others.
0 Likes

View PC info
I decided to grab Planet Nomads. Even though it is Early Access, and very likely that there is more content to come, the fact that they are supporting Linux (and supporting it well - i.e. working builds) encouraged me to go for it.

Played it for 2-3 hours so far, and getting on okay with it. After a little bit of struggle getting to grips with the controls, I'm now proceeding without stumbling. It helped that I watched a gameplay video on Youtube first. Quite pleased that I've managed to avoid dying with my first player so far (Normal difficulty). Note that I am a seasoned 7D2D player, so getting my head around 'survival' isn't a problem.

It's been good fun and playing well for me, so far. I set it on the High Graphics Settings, running at 4K and getting approx 31 FPS on my system. I was impressed how small a download it is... Only about 1.5 GB download size (so far).

Fingers crossed that it keeps on getting better and more interesting content.

As it stands right now (the current content) I think I'm happy with the value for money (paid $13 on Sale).
0 Likes

Like all the others who have a Linux goal only to just ignore it later on and even remove any mention of Linux anywhere?
0 Likes
While you're here, please consider supporting GamingOnLinux on: