The developer of Helium Rain gave an update on their sales, low overall sales but a high Linux percentage

Helium Rain [Steam, Official Site], the gorgeous space sim from Deimos Games is really quite good so it's a shame they've seen such low overall sales. In total, they've had around 14,000€ (~$17,000) in sales which is not a lot for a game at all.

The good news, is that out of the two thousand copies they say they've sold, a huge 14% of them have come from Linux. It's worth noting, that number has actually gone up since we last spoke to them, where they gave us a figure of 11% sales on Linux.

They also said this, which was nice:

Linux is now a first-class citizen too, thanks to volunteer players who helped fix issues on their platform.

You might think "well, considering how high their Linux sales are, shouldn't they fix the issues themselves?" and it's a good question. However, they're also keen to remind eveyone, that their source code is up on GitHub. Anyone can come along and suggest fixes and working with the community is a great thing.

Here's a reminder of what you can see in the game: 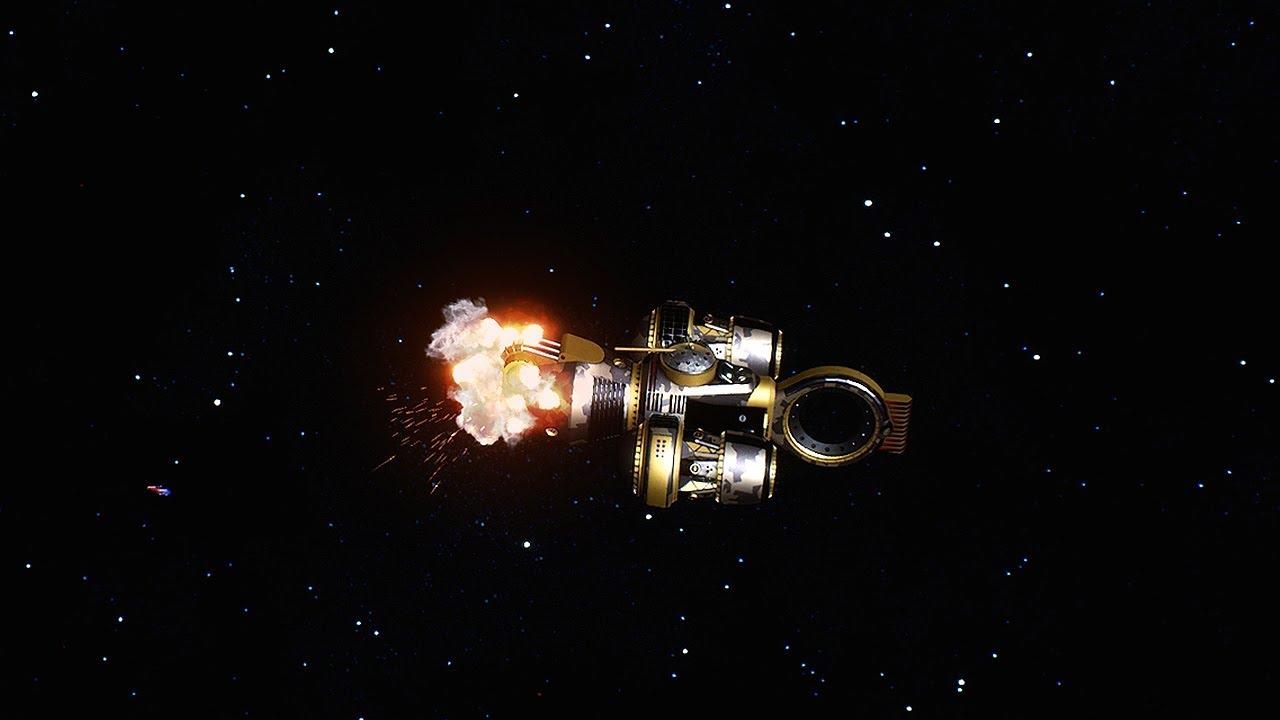 They also said they plan to leave Early Access at the end of the summer, so hopefully their final release goes down well with people holding off while it's in development.

See the full update on Steam.

Thanks for the tip, TapocoL!

Article taken from GamingOnLinux.com.
Tags: Early Access, Sales Numbers, Simulation, Steam, Strategy | Apps: Helium Rain
24 Likes, Who?
We do often include affiliate links to earn us some pennies. We are currently affiliated with GOG and Humble Store. See more here.
About the author - Liam Dawe

View PC info
It's on my list of games to buy asap.
6 Likes, Who?

View PC info
I bought it immediately when they announced Linux with Vulkan support :-)

Update: I forgot to mention, I really like that the game code is provided as open source. This is a seldom exception and they deserve credit for this!

View PC info
I think the lack of sales so far is caused by the game not being advertised enough. Before I read here about the game a few months ago I never even heard of it, and since then I haven't seen it advertised anywhere or at least mentioned in one of the gaming magazines. They seriously should consider ramping up their marketing.
1 Likes, Who?

Snowdrake 21 Apr, 2018
View PC info
I added it in my steam follow list. Looks promising, but I tend to refrain myself to buy early access games.
Don't get me wrong, sometimes early access is done right, moreover it's a good way to help small development studio; But I've seen many games stucked in early access and never finished. It kinda feels like gambling.
0 Likes
Stranger 21 Apr, 2018

Hi, dev here - thanks for the kind words !

Just to clarify, we thank volunteers who helped us track issues down, but issues were always fixed on our side. We're not asking anyone to do our job for us ! We're just very happy that some users could help us by providing very detailed debugging information or by testing specific versions of the game.
35 Likes, Who?
Whitewolfe80 21 Apr, 2018

View PC info
Ahh clarifaction from the dev this is the type of relationship we want as linux gamers ones that are happy to take bug reports etc. Not one that shoves a linux port out then clasps their hands together and go well linux port is done no reason to ever come to that.
2 Likes, Who?

View PC info
Hi Stranger, thank you for chiming in! This game totally looks like my cup of tea! I will probably it at a later date, when my PC gets an overdue upgrade (look at those GPU and RAM prices :'().

I must say that I really like to have the convenience of steam and the freedom of GOG. It looks like the GOG release is not up to you, but is the Steam version DRM-free? Ideally, the game would be accepted on GOG and I could purchase it once to get it in both stores (did you think about HumbleBundle?).

Quoting: StrangerHi, dev here - thanks for the kind words !

Just to clarify, we thank volunteers who helped us track issues down, but issues were always fixed on our side. We're not asking anyone to do our job for us ! We're just very happy that some users could help us by providing very detailed debugging information or by testing specific versions of the game.

Great to see you here :)

Just to be clear, the way I wrote the bit about fixing issues yourselves was meant as a jokey way :)
1 Likes, Who?

View PC info
I meant to buy this game after I finished "Everspace" but since it was early access and there were so many other upcoming titles on the horizon, I decided to wait for a bit. I will certainly purchase it soon though.
2 Likes, Who?
1/4»
While you're here, please consider supporting GamingOnLinux on: