The final beta of Overgrowth, the 3D action game from Wolfire Games is out

Here's their video to talk about Beta 6: 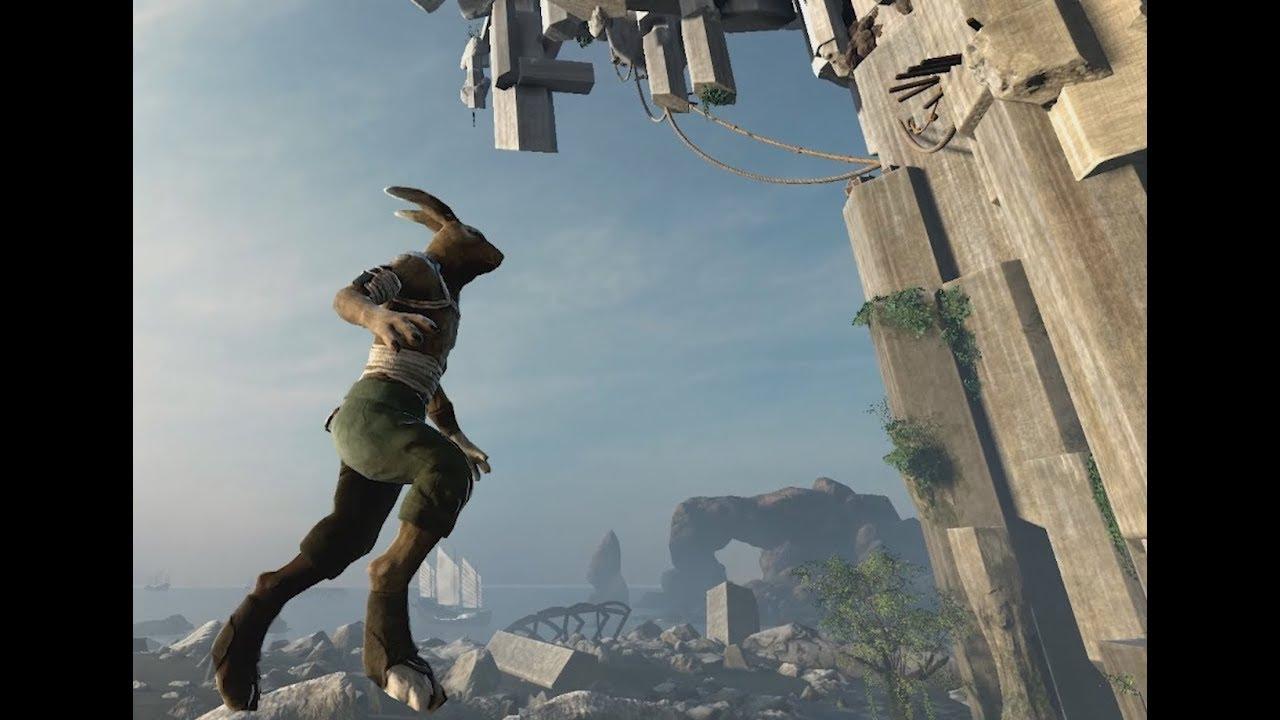 A slightly longer changelog can be viewed here, although if you want the full changelog which really is rather long that's here. This beta has so many changes it's quite incredible!

I decided to finally play it and one thing's for sure, the performance is a bit off. Giving it any amount of anti-aliasing makes the performance absolutely nose-dive. With it's turned off, it's at least playable, but there's still constant and highly noticeable performance drops everywhere. The performance is a real problem. Especially since my computer is an i7-5960X paired with an Nvidia 980ti. It is a Beta though, so hopefully the performance problems will be ironed out before the final release in a few weeks.

The actual gameplay did seem like it could be quite fun, although it's a little on the simplistic side. I was expecting to be able to throw punches and do combination attacks, but to punch you're just literally holding down the mouse button. You can catch an attack and roll an enemy, or kick them in the face while you're in the air, but for an action game it feels way too simplistic. Those are just some initial impressions though after a quick spin, I will have proper thoughts when it's actually a finished game.

For those that don't know: Humble Bundles were started by Jeff Rosen of Wolfire Games, until it was later spun into its company.

Przmk 6 Oct, 2017
View PC info
Congratulations to the Dev team for finishing the game despite all the hate. It's still a really fun game with some interesting physics.
0 Likes

View PC info
The movement/acrobatics could use a lot of improvement. I was screaming a lot when I couldn't wallrun & jump, or I completely overshot platform I was aiming for.

Combat is...OK, but not perfect. Could use more movements
0 Likes
Kabouik 6 Oct, 2017
I have not played the game in a long time, but the combat system is more complex than it looks. Your kicks are positional and depend on your moves with WASD or jumps as well as your timing with the enemies, I think there are counters as well. I remember that it was still simple if you look at the diversity of moves, but very demanding in terms of skill and how to land them: enemies don't really have health points, they just have bones that can break when hit hard enough, and the definition of "enough" is based on the physics of your hits and how exposed is the enemy when you land them. I believe this is what the developer wanted to achieve. In the end the combat system is based on a simple recipe, but I don't think it's simplistic, and it's hard to master. The weapon system is also interesting to use (you can throw them or just wield them, and the injury system is well detailed).

For the performance, I would assume that the main bottleneck is the advanced physics model as it's quite demanding CPU-wise (which you could test by enabling the slow-motion mode, with Tab if I recall correctly) and see if the game suddenly gets smoother despite the same graphics), but it is still a problem anyway since you had a good CPU during testing. I had no issue back in the time with an older CPU though, but that was on Windows at this time.

edo 6 Oct, 2017
View PC info
If you cant move the game fluently on a 980ti, its something for them to think about, their recomended settings are going to be very very high. Take in mind that its an indie game, one of the few still strggling with their own engine. But I also hope they will somehow improve the performance.

Quoting: edoIf you cant move the game fluently on a 980ti

The game runs smoothly on my integrated gpu, albeit on low settings @720. Still highly enjoyable.
0 Likes

View PC info
Wow, I was literally just playing the beta of this a few days ago thinking "Holy crap, this runs smooth, and has been in development for a LOOOONG time". Lugaru was a fantastic game, I think I bought it way back when it was released.
0 Likes
1/2»
While you're here, please consider supporting GamingOnLinux on: