The fun top-down shooter State of Anarchy: Master of Mayhem recently had a big content update

For those who love their top-down shooters, State of Anarchy: Master of Mayhem [Steam] is a pretty good one that recently had a big free content update.

I tested it out back in January and I came away pretty impressed by how varied it was. For around £2.89 the game is an absolute bargain for what's included. The "Big Boss" update released last week added in 6 new alien bosses in chase missions, 12 new guns, a "New Game+" mode, extra difficulty options, improved enemy AI where some of them now setup turrets, new levels for upgrades, improved physics and so on. 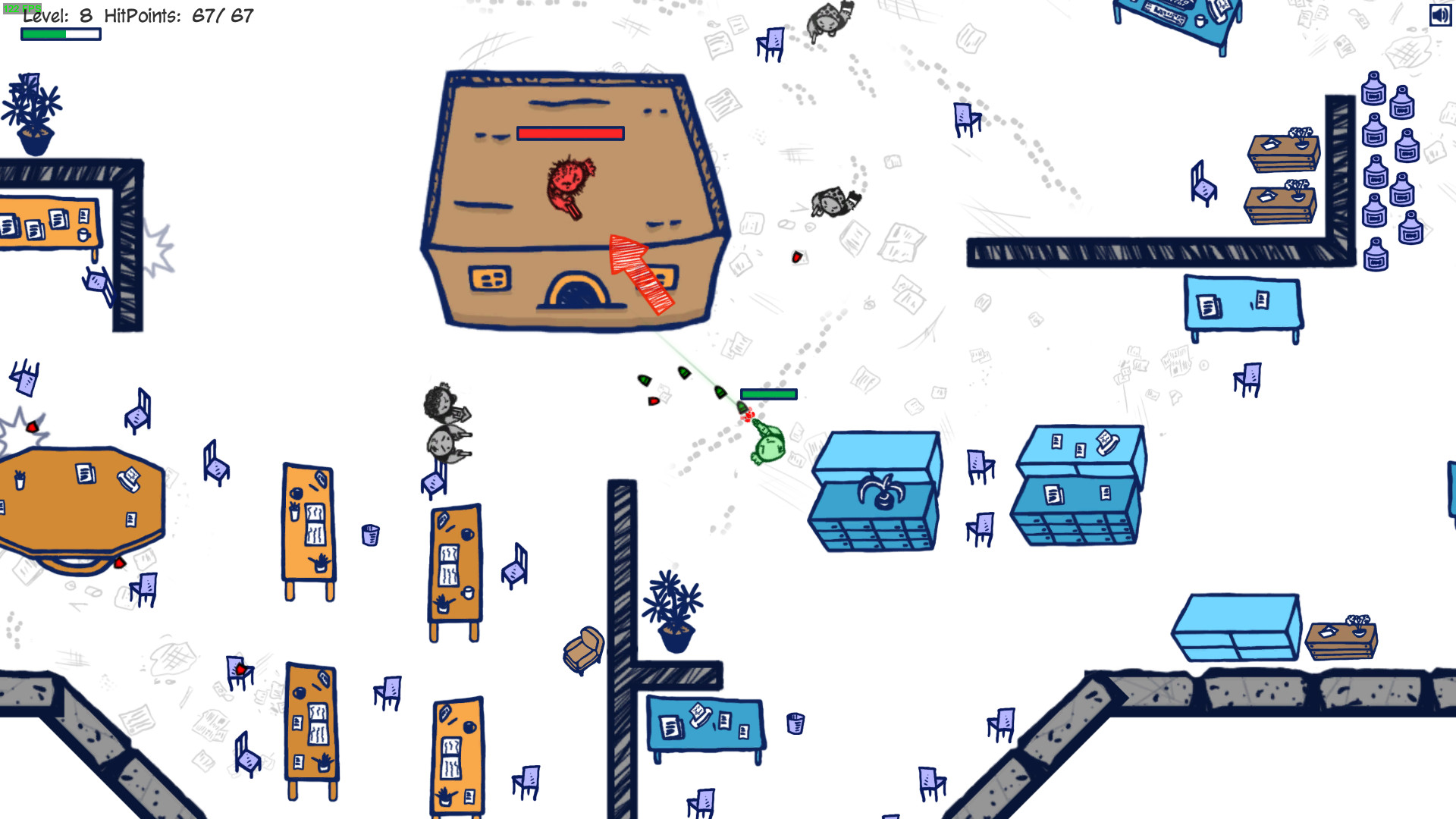 Testing it again today I had a lot of fun with it, the hand-drawn style with the silly mouth-made sound effects are really great. Probably suitable for a younger audience too. I'm surprised it's not more popular, because it's designed so well. You can get in cars and drive around, the enemies are varied and the game is easy to pick up and play.

While it may seem simplistic at first-glance, looks are deceiving as it can become a bit of a bullet-hell depending on the level as well.

You can find it now on Steam, also on itch.io but it's not clear if it's up to date there.

Article taken from GamingOnLinux.com.
Tags: Action, Indie Game, Itch.io, Steam
3 Likes, Who?
We do often include affiliate links to earn us some pennies. We are currently affiliated with GOG and Humble Store. See more here.
About the author - Liam Dawe

View PC info
Like---well, most of my library---I own it but haven't played it yet. Also, I have a theory about why it's not more popular: only a fraction of the population have the requisite sense of aesthetics and comedic timing to appreciate this game's genius. I'm serious. Really. I'm not just being an elitist snob. We can no more help it than someone can help being very tall, or exquisitely beautiful. It's just a matter of (admittedly debased) genetics and a lot of terribly inebriated, ad hoc breeding.
0 Likes

QuoteYou can find it now on Steam, also on itch.io but it's not clear if it's up to date there.

Unfortunately it isn't. No new builds have been updated there in 2 months. Time to contact the dev, I guess.
1 Likes, Who?
While you're here, please consider supporting GamingOnLinux on: