The Inner World - The Last Wind Monk delayed, but it has a new trailer

The Inner World - The Last Wind Monk [Official Site], a colourful adventure game was due this month, but it seems it has been delayed until September 14th. They've got a newer trailer though, so that's something. 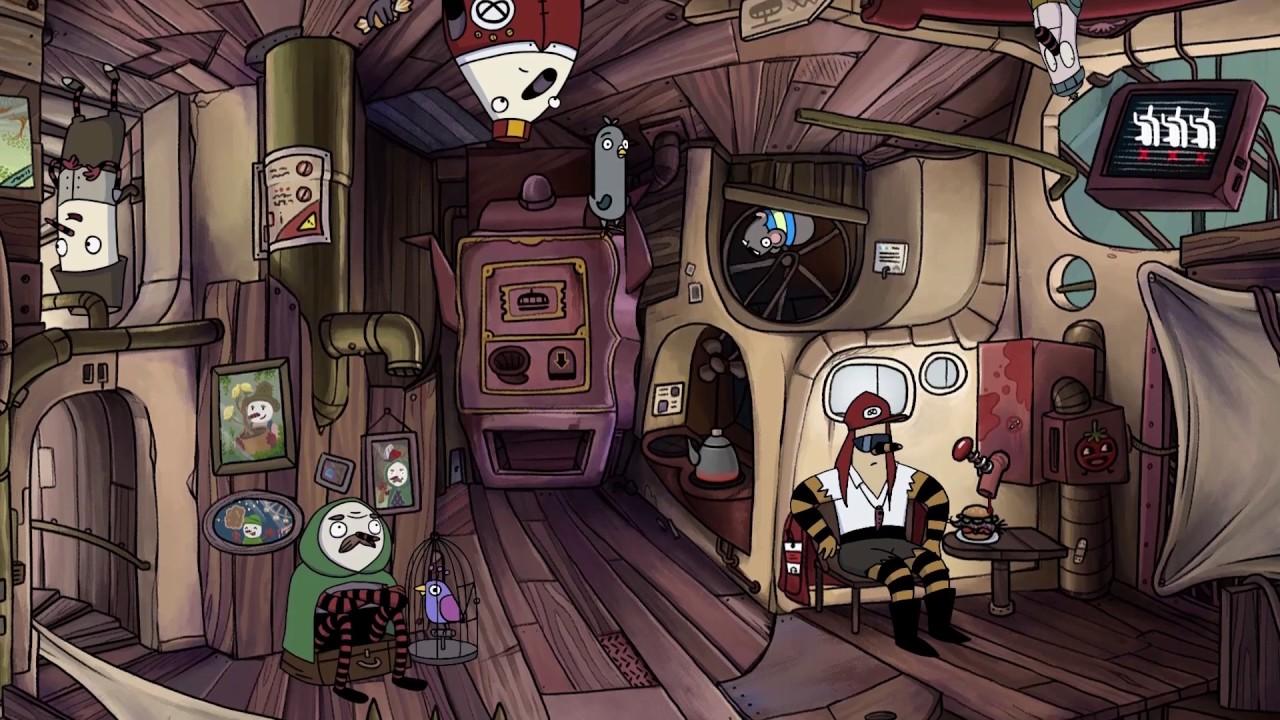 
QuoteThe flute nose dynasty has been watching over Asposia for centuries on end. In secret, they fill the roly-poly world with light and life. Emil, a trader for odds and ends, has led all the Asposians astray, making them believe that the dynasty is in cahoots with dark forces. Seriously, who knows what this weird family is doing day in, day out? The only one who could stop evil Emil is the heir to the flute nose throne: Robert. He has been petrified for three years, though. With a huge dose of enthusiasm, but little to no idea what he’s actually doing, he embarks on an adventure to find the legendary last wind monk. Of course, he has some great company: Peck, as loyal as he is flightless, and Laura, a rebel who certainly does fly, but only off the handle and who is Robert’s love with a capital L, by the way. A final ray of hope is provided by the mysterious Mama Dola, who seems to know more about Robert’s destiny than Robert himself…

I've not played the first one, so I've no idea what to expect. From the trailer, it looks absolutely bizarre. The good news is that you don't need to have played the first game, according to the developer.

Linux will be a day-1 release. Article taken from GamingOnLinux.com.
Tags: Adventure, Puzzle, Steam, Upcoming | Apps: The Inner World - The Last Wind Monk
1 Likes, Who?
We do often include affiliate links to earn us some pennies. We are currently affiliated with GOG and Humble Store. See more here.
About the author - Liam Dawe

View PC info
Looks like the Devs are really only targeting Steam.
Too bad - i liked the first part, and would have clearly considered the sequel :o
0 Likes

View PC info
Yippieh! It has just been released on GOG, too - including Linux support and a 15% discount:
The Inner World - The Last Wind Monk

Interesting side note: TIW was Win+Mac only on GOG, this one now is Win+Lin only....


Last edited by Pit on 22 October 2017 at 9:30 am UTC
0 Likes
While you're here, please consider supporting GamingOnLinux on: