The games store Itch.io has released the first proper public version of their own store client like Steam and GOG Galaxy, but simply named "Itch". It's open source too, so that's cool. 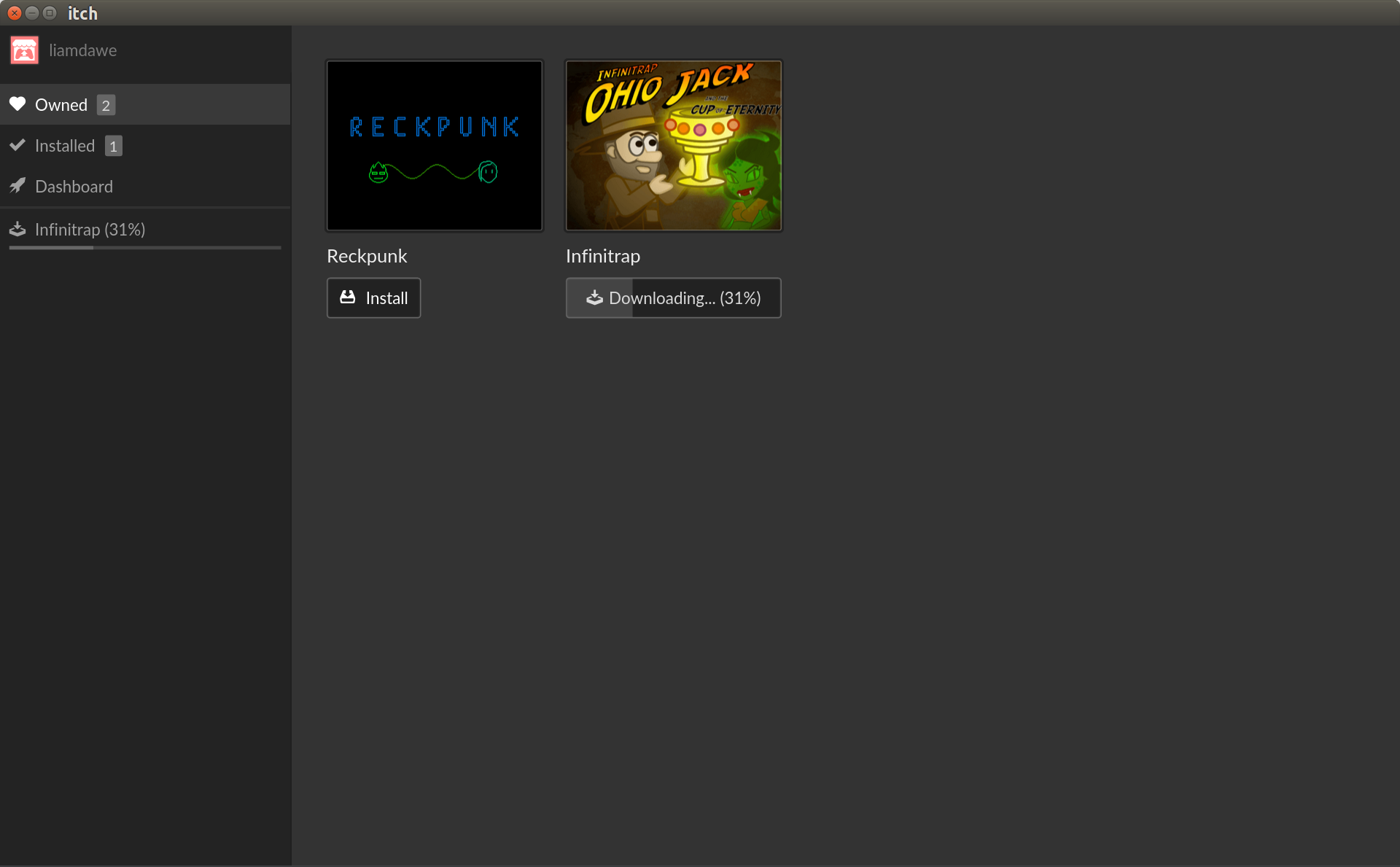 I should probably check out more Itch games...

It's rather simple right now for downloading and installing games, but hopefully it can be expanded in future to allow purchasing and browsing directly, as well as updating and more. Itch was already my favourite indie store, now even more so.

You can find the source code here: https://github.com/itchio/itch.

You can find it here: https://itch.io/app. Article taken from GamingOnLinux.com.
Tags: Itch.io, Open Source
0 Likes
We do often include affiliate links to earn us some pennies. We are currently affiliated with GOG and Humble Store. See more here.
About the author - Liam Dawe

Nyamiou 15 Dec, 2015
Seems cool, I will check it out later today but I hope it's easier to install than what I see on the github page.

Quoting: NyamiouSeems cool, I will check it out later today but I hope it's easier to install than what I see on the github page.

There's a .deb download too. (I extracted this and manually installed the files on my not-deb system)
1 Likes, Who?

View PC info
It's available in the AUR in Arch Linux, but it looks like the package is still being developed.

View PC info
Going to rebuild this and check out the required deps for SteamOS.
0 Likes

Actually the game is Infinitrap. The thumbnail is a bit misleading. Don't know if the Funding Crowd covered the unsuccessful kickstarter campaign back in september. Seems the game was made anyway.

Quoting: sarmadInteresting. I thought Itch was going bankrupt or something.

View PC info
Wow, even Itch.io beat GOG to the punch with a standalone client for Linux. I'm impressed, despite the relative lack of functionality. At least they care.
0 Likes

pb 16 Dec, 2015
Great that they made the client, but it seems like an early alpha so far. There's not way to filter out Linux games or do any sorting, the thumbnails don't work and trying to install a game is futile.
Screenshots:
http://s1.zrzut.pl/LfYUcq7.png
http://s1.zrzut.pl/hHNMS0R.png