The Long Dark, A Sandbox Survival Game, Gets Closer To A Linux Release 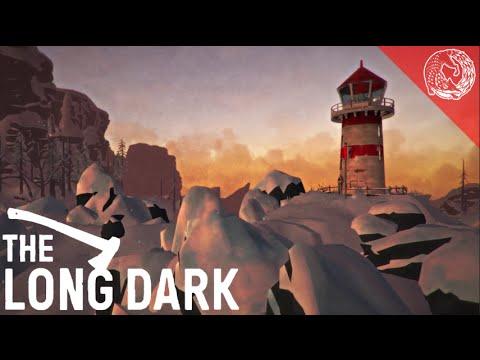 YouTube videos require cookies, you must accept their cookies to view. View cookie preferences.
Accept Cookies & Show   Direct Link
The Long Dark is a survival-exploration sandbox game with a somewhat distinctive art style. It's been under development in Early Access for a while now and keeps seeing large updates and changes. A Linux port has been in the works and now, in a recent update announcement, we've gotten more details as to its status.

It seems that they'll soon be testing the game in an opt-in beta branch on Steam:


Hinterland
We're hoping that the Linux community will support this testing effort. Within the next few weeks, we'll be launching an Experimental Linux Branch that current players can "opt in" to, to help with testing. We'll also set up a Linux sub-forum -- both in Steam and in our official community -- so there'll be a place to track bugs and provide feedback on performance, etc. Once the Experimental Linux Branch has had sufficient testing, we'll fold Linux into our main release.

It's nice to see devs give a Linux port some thought and proper testing. Too often it's assumed that they can just hit the 'export' button and all will be well. They seem to be focused on making sure that it'll be a smooth experience on SteamOS with Steam Controller support baked-in which I hope will continue to be a trend among developers. More quality ports can never hurt.

I'm not a big fan of sandbox survival games but I'll be keeping my eye on The Long Dark to see how its port comes along.

Official About
The Long Dark is a thoughtful, exploration-survival experience that challenges solo players to think for themselves as they explore an expansive frozen wilderness in the aftermath of a geomagnetic disaster. There are no zombies -- only you, the cold, and all the threats Mother Nature can muster. Article taken from GamingOnLinux.com.
Tags: Early Access, Indie Game, Sandbox, Steam
0 Likes
We do often include affiliate links to earn us some pennies. We are currently affiliated with GOG and Humble Store. See more here.
About the author - BTRE

View PC info
I've been watching this game since it was on indie.db. It's the one I am most excited about, more than any other games currently out there. Even more than Bear Simulator. I'm excited, and I was thinking about buying it for Windows, but I can hold on for a little now, knowing this. Can't wait to play this game on my OS of choice :D
0 Likes

View PC info
It's a sandbox today (early access). The final release will reportedly include a story mode.
0 Likes

View PC info
Could be a nice alternative to Unturned but I prefer sandbox-survivals to be multiplayer. Sadly the Unturned multiplayer in public ain't so cool and Unturned hasn't really improved for some time now, imho.
This looks like an improved version of Unturned but without MP. But when it's out for Linux, I'll probably buy it :-)
0 Likes
mao_dze_dun 16 Oct, 2015
Note the finished game will have a story mode, which will be a bonus to all like me who love survival but hate aimless berry picking.
1 Likes, Who?

Quoting: maodzedunNote the finished game will have a story mode, which will be a bonus to all like me who love survival but hate aimless berry picking.

Agree 100%. I'm not really interested until it has a story mode, though it looks great so far.
0 Likes
bintux 17 Oct, 2015
I bought the game for windows already and I absolutely love it. I am not much into the survival sandbox either but I saw a video on someone playing it and decided to give it a try and picked it up at a sale. And man I am glad I did.
There is no berry picking grinding or hauling tons of resources around.
The game manages well to put you in state of stress that I only can imagine a survival situation would be like. You decide to freeze or to starve. Carry this or that. Gamble with your health when drinking uncleaned water or old food. Harvest an entire kill and exhaust yourself or come back tomorrow and risk a wolf attack.
If you made it through an other night you feel a sense of achievement and if you are lucky and the weather is nice you get rewarded with beautiful sunrises (the particular art style is well done and doesn't harm the immersion ).
I played it with my GF on the couch with the controller and it was great to balance the pros and cons about a decision together.
I fully recommend the game and the devs are very dedicated as from what I saw in forms and comments and the rate and size of updates. The only regret I have is, that I didn't buy it on Linux. ;)
0 Likes

View PC info
Been waiting for this one to hit Linux. ^^
0 Likes
While you're here, please consider supporting GamingOnLinux on: