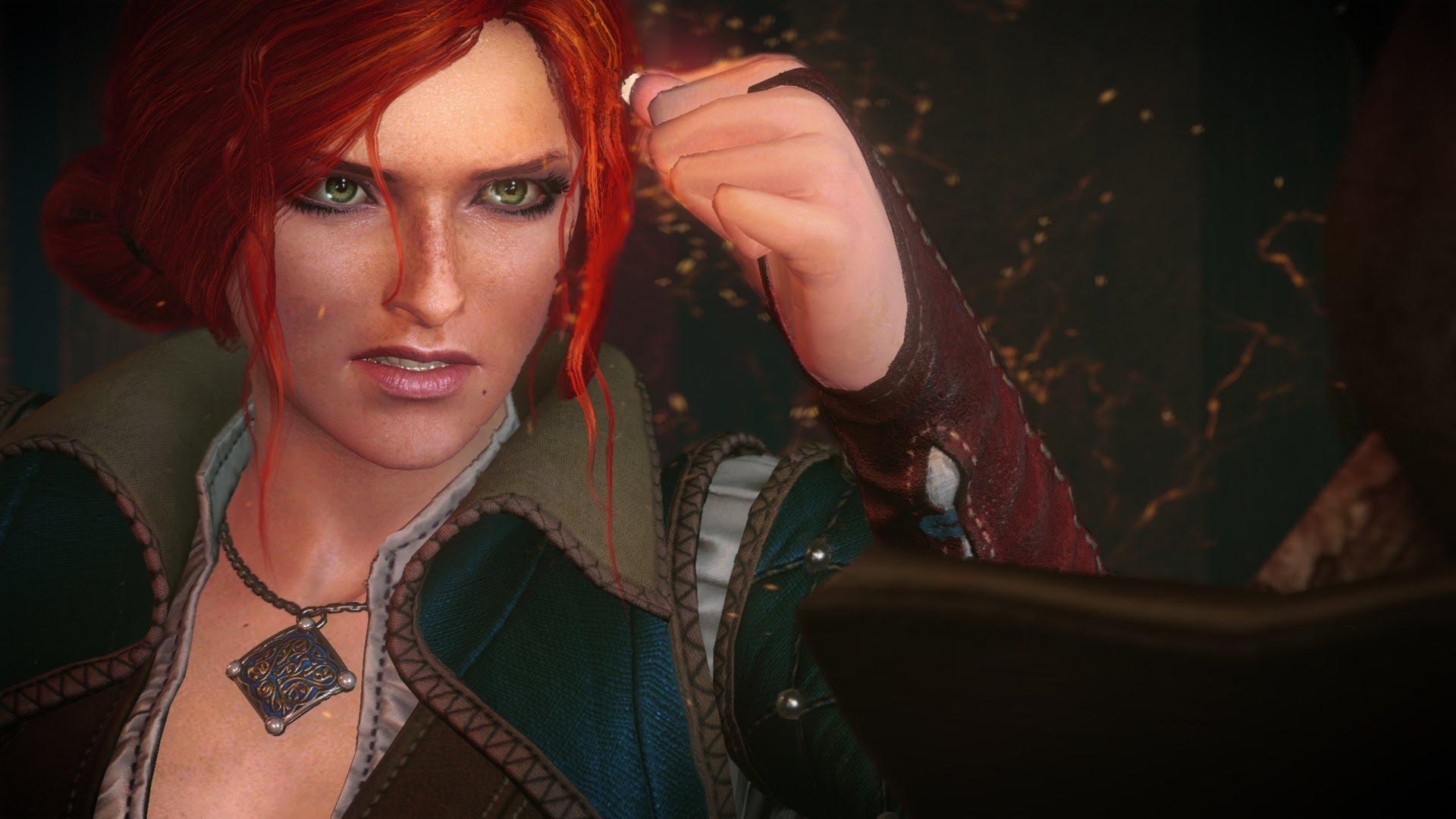 This is the image that showed up on Steam's home-page:

I am really hoping it will be a native port since the eON technology isn't for me up to scratch at all, but maybe in future it will be who knows. They have until February 2015 to sort out the Linux version, so one would hope it will be a decent port regardless of the tech used to bring it to our platform.

If it is a real port it will blow pretty much any other action+rpg type game we have right now away.

About
The Witcher 3: Wild Hunt is a story-driven, next-generation open world role-playing game, set in a graphically stunning fantasy universe, full of meaningful choices and impactful consequences. In The Witcher, you play as Geralt of Rivia, one of a dying caste of monster hunters, and embark on an epic journey in a war-ravaged world that will inevitably lead you to confront a foe darker than anything humanity has faced so far—the Wild Hunt.

This is great news to see CD PROJEKT RED take notice of Linux. This news follows on from the fact that GOG.com's new game client will eventually support Linux too.

UPDATE: It seems someone flipped a switch too early and it may not even happen. That's quite a big derp someone did. See our comments for more info. Article taken from GamingOnLinux.com.
Tags: Action, RPG, Steam, Upcoming
0 Likes
We do often include affiliate links to earn us some pennies. We are currently affiliated with GOG and Humble Store. See more here.
About the author - Liam Dawe

View PC info
Since Witcher 3 is in active development I think that really ups the chances its a native port. Its one thing to use a wrapper like eOn or wine for a game that is a few years old and another to use it for a AAA new release.
1 Likes, Who?
FTW 7 Jun, 2014
I'm really hoping the only reason they did the eON thing is because it's their older title, and since a lot of Linux gamers dual boot to play most titles, they didn't expect to make too much of it. They generally really care about their reputation, their latest live stream showed it, let's hope W3 port will be good.
2 Likes, Who?

View PC info
If it comes as native Linux Version, yes i will buy it. W2 i got realy cheap in Steam Market. And yes the eON wrapper sucks.
0 Likes
Berillions 7 Jun, 2014
I don't see this image Liam ?

Where have you found this image really ?
I have an account on CDPR Forum, i can post a message to have a confiramation.
0 Likes
Deformal 7 Jun, 2014

View PC info
Strange thing. People hope to get on Linux better port, than on Mac.
Nobody don`t want to know about Mac ports. But Linux get port from Metro last ligth of same quality as Mac port. Witcher 2 get equal ports for Mac and Linux.
So if game get bad port on Mac, don`t expect to get good port on Linux because games get Mac os port first.
0 Likes 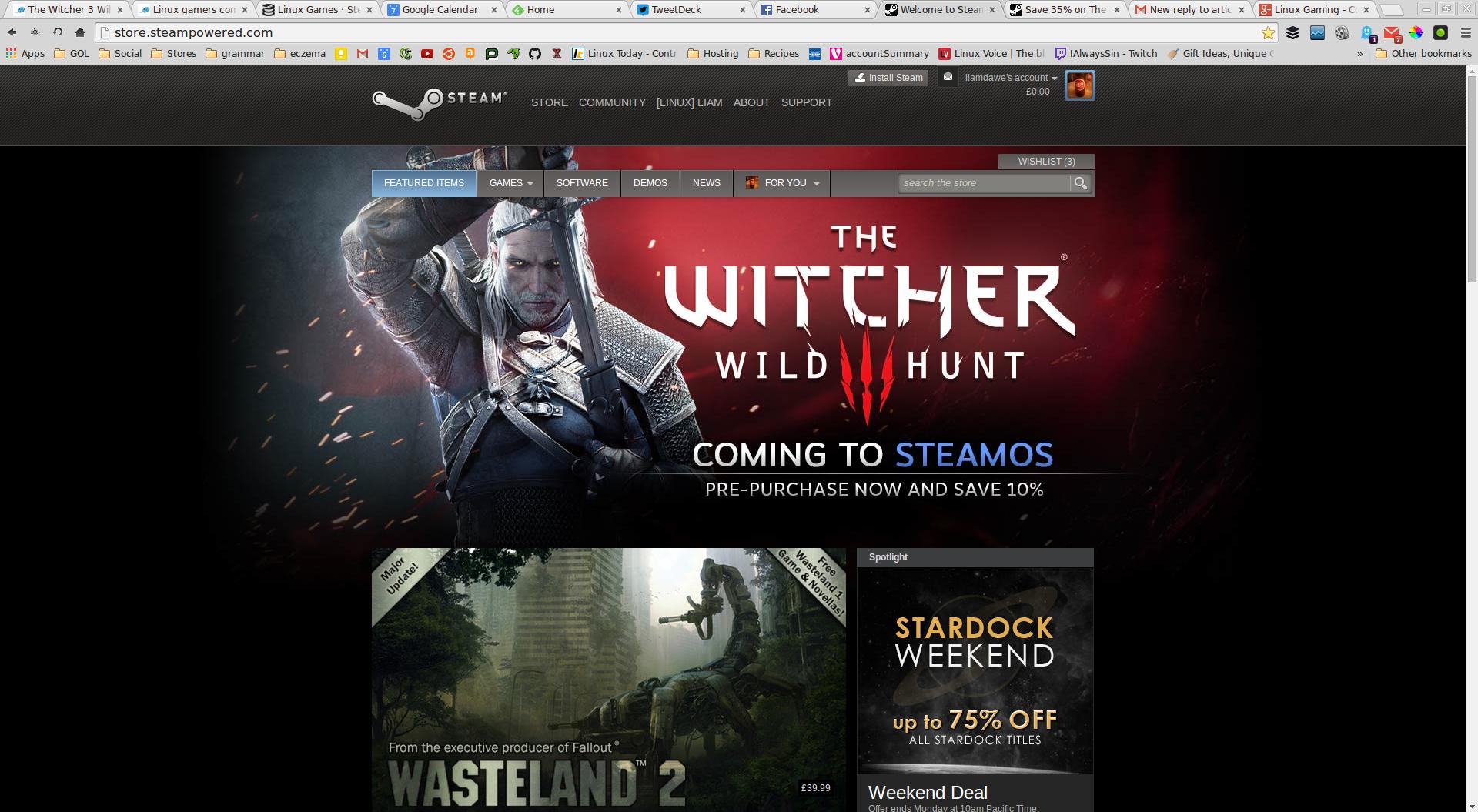 
So I'm very glad about this, we get more AAA titles now this time around..
1 Likes, Who?
Fredrik 7 Jun, 2014
If it's a proper port it's an instabuy, better not pre-order. ;-)
0 Likes
fowll 7 Jun, 2014
I am playing trough the witcher 2 now, and will buy witcher 3 at release. I don't think valve nor cd project would be promoting it like this if it was a wrapper as the hardware needed to run W3 in a wrapper would not be realistic.

I am ok with them porting the witcher 2 by wrapper as the alternative would be no port at all as it is a old game and they are currently busy making the sequel. Atleast it is contributing to expanding the market around gaming on linux.

The port of the witcher 2 will most likely still get a few patches that increases the performance and makes it more stable. porting old games by the use of wrappers is ok as long as it works.
1 Likes, Who?

View PC info
I need to play the Witcher 2 before I can buy this one but I am kind of excited to see it. I am considering the collector's edition but I am not sure how that'll fit in with buying it for Linux. Would I be able to use the game assets from the DVD with a Linux binary or something? ... Hmm.
0 Likes
1/8»
While you're here, please consider supporting GamingOnLinux on: