This War Of Mine Finally Fixed For Linux, Includes Other Fixes & Workshop Support 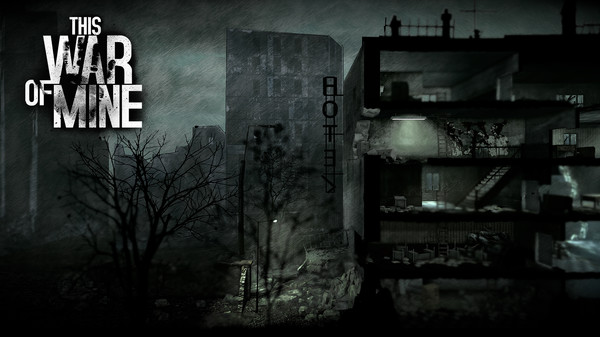 It's been a few months, but 11bit finally fixed up This War of Mine for newer Linux distributions. Previously it wouldn't launch due to a glibc issue which has now been fixed.

I'm going to be honest, how long it took them to actually fix this is surprising, annoying even, but they did finally do it. Honestly, 7 months to fix the broken launching on Linux when the community put out workarounds within a couple days is shocking, and I've not been very impressed with how 11bit handled it with no official announcement on what was going on. They have been pretty hard to get any word out of, and it annoyed me a lot.

They have started working on some official mod tools, but no word yet on if they will support Linux.

About the game (Official)
In This War Of Mine you do not play as an elite soldier, rather a group of civilians trying to survive in a besieged city; struggling with lack of food, medicine and constant danger from snipers and hostile scavengers. The game provides an experience of war seen from an entirely new angle.

You can find This War of Mine on Games Republic (Buying it there supports us directly, you get DRM free + Steam key).

That never ceases to amuse me.
1 Likes, Who?

QuoteThey have started working on some official mod tools, but no word yet on if they will support Linux.

I'm not going to hold my breath. How many games with mod tools have them available for Linux?
4 Likes, Who?

But still: Everybody should play this game.

That never ceases to amuse me.

Quoting: linuxgamerDon't know why they all demand 14.04 LTS or 15.04, my intuition tells me they should run in 12.04 LTS eg. if the OpenGl driver is new enough.

They don't officially support earlier releases for the same reason they don't list all the other distributions the game works with. Would take a ton of testing and make them responsible for maintaining that compatibility. The latest LTS is usually fine as a target for Ubuntu. I'd assume gamers are not exactly the most likely bunch to use older or outdated OS releases anyway.
1 Likes, Who?

Quoting: tuubiThey don't officially support earlier releases for the same reason they don't list all the other distributions the game works with. Would take a ton of testing and make them responsible for maintaining that compatibility.

I totally understand that. But This War of Mine gave me and many others big troubles, to the extend that I tried to refund it.
And it's still worth being played!
0 Likes

Someone knows what the exact issue was? I’m surprised that it’s a glibc issue; I thought if a game worked with a previous glibc then it should work with new ones too.
0 Likes

Quoting: stanSomeone knows what the exact issue was? I’m surprised that it’s a glibc issue; I thought if a game worked with a previous glibc then it should work with new ones too.

Noven 6 Oct, 2015
View PC info
Yeah I was one of those that had the glibc issues; the community workaround kept me from refunding the game.
0 Likes

Thanks Eike, most of the posts don’t explain the source of the problem and just say to install an old glibc, but this one might tell the reason why the game was broken. Basically a bug in the game code.

Edit: more information in this post, that confirms it’s a bug in TWOM that caused no issue before glibc 2.21.


Last edited by stan on 6 October 2015 at 4:47 pm UTC
0 Likes
While you're here, please consider supporting GamingOnLinux on: