Following a successful crowdfunding campaign several years ago, this 2d metroidvania has grown and matured as a project. I had a chance to play a closed beta and things look promising. 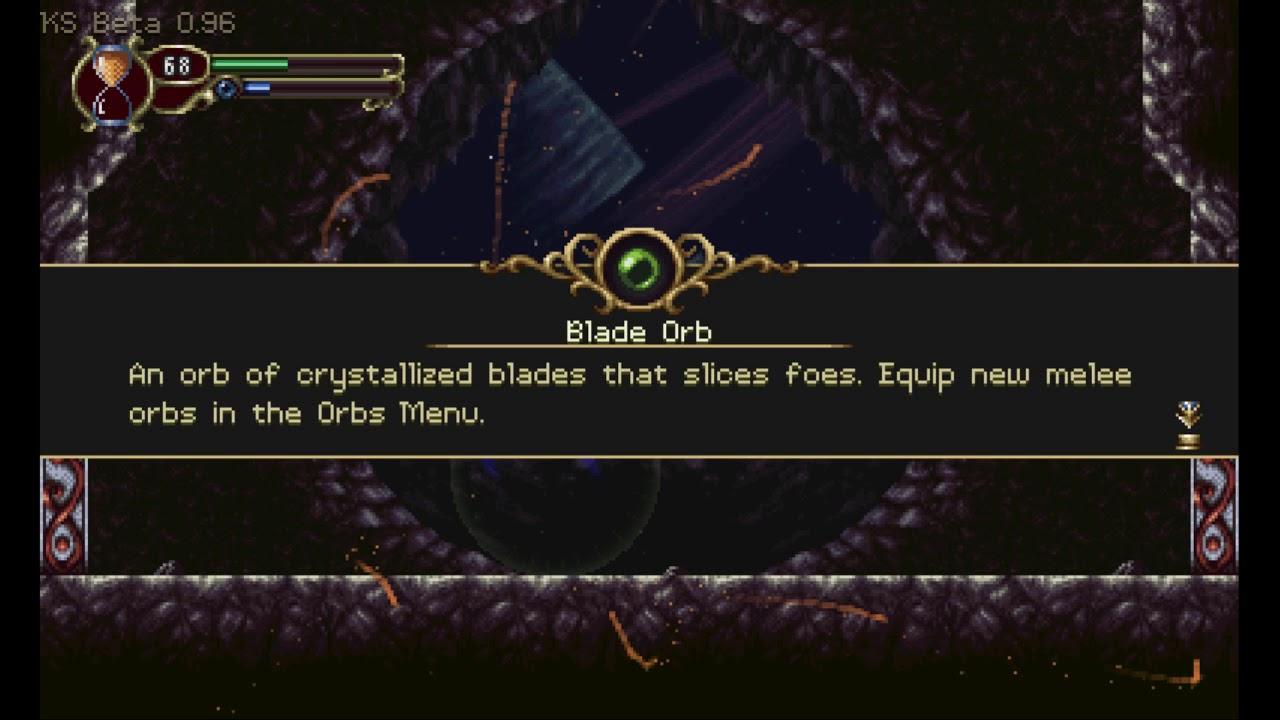 Timespinner [Official Site] is a game that I had, honestly, mostly forgotten about. Way back in 2014 it sought to raise funds on Kickstarter and was a success, raising much more that its original requested amount. I was one of the backers, won over by assurances that Linux would be a day-1 simultaneous release as well. Well, it was more than that. The art direction looked fabulous and I have to admit that I’m a sucker for metroidvania-type platformers.

Fast-forward to this week and developer Lunar Ray Games has put out a backer-only beta. I was delighted to find that this build was also available for Linux so I took the time to play through it. The embedded video in this article is my second attempt at it and you can see that the game is coming along just fine. There are different areas to explore and a pair of bosses to defeat. Systems like having different types of attack orbs and pendants and leveling them up are in place though not that big of a deal given the limits of the beta. I also skipped over an interactive prologue and some story elements but I think that you can otherwise get a good idea of what the game is like.

The art has gotten better than the kickstarter previews and both backgrounds and animations look fantastic. It’s a joy to explore the different environments and I was left hungry for more of the areas that are teased. The music, much like the art, is reminiscent of titles from the 16 and 32-bit eras of gaming and sounds great as far as I’m concerned. Couple this with tight controls and an interesting premise that hints heavily that gameplay will involve time travel beyond the initial time-freezing ability and I couldn’t be much more excited to see how the final product turns out.

I contacted the developer about his experience porting the game as I was curious to know if it was difficult to get running on Linux and got this reply:

The game is developed in XNA and ported to FNA for OSX/Linux. Setting up those 2 OS's took a few days, but wasn't too painful. Mainly I just had to redo a few high-level areas (like save files being changed from JSON to XML and changing how I compress game content). FNA seems pretty incredible- I build 1 project and, when I distribute the game, I use those binaries for all 3 platforms. All I need to do is give each OS its own special files adjacent to the game's binaries and it "just works". Pretty rad :D

Looks like another reason to love game porter Ethan Lee’s FNA. Even if game developers are positively disposed towards Linux it’s key to have good tools and engine support so that porting is as painless as possible. It’s all too common for us to hear that indie teams can’t afford to allocate resources to port games before they get their main version done. Timespinner is more or less a one-man project so I’m glad that it’s been easy to bring it right away to Linux.

There’s still no release date for this one but I imagine it’ll be sometime this year. You can also preorder the game if you like but, as much fun as I had with the beta and as certain as a Linux version looks, I’ll still add our usual warning against preordering out of principle.

Article taken from GamingOnLinux.com.
Tags: Action, Exploration, Platformer, Preview, Upcoming
17 Likes, Who?
We do often include affiliate links to earn us some pennies. We are currently affiliated with GOG, Humble Store and Paradox Interactive. See more here.
About the author - BTRE

View PC info
I like what I see. And hear. Metroidvanias are definitely my favourite kind of platformers as well, and this one seems to play to the strengths of the genre quite nicely.
2 Likes, Who?

View PC info
I'm a sucker for a good metroidvania title. Sign me up chief!

View PC info
This was the fourth-last thing I ever back on Kickstarter, in July 2014! Glad to see it's still a thing. I tend to just file Kickstarter updates these days - every project estimates two to three years, typically deliver in twice that. I'd given up hope, so this is great news!

[Edit: 20 of my 51 total on Kickstarter have so far failed to deliver. There's still hope for about seven or eight titles, one of which is Timespinners. Five reneged on Linux support:


I'm luckier than most, was passionate about Kickstarter for years, but even I wouldn't touch it with a barge pole these days.]

View PC info
Looks like the Amiga game that never was so I'll definitely instabuy once it gets released on steam.
1 Likes, Who?

This is confirmed for Linux?
0 Likes

cxpher@gmail.comPage requirements state Windows and DirectX on Steam though.

This is confirmed for Linux?

Yes, as stated in the article. Check the developer quote towards the end for a TL;DR.
0 Likes
1/2»