The rather good Early Access puzzle game Train Valley 2 has just expanded with a rather big update with lots of new content.

The developers said they weren't originally going to be adding in more official levels before the final release, however, given how active the community has been with creating their own content they decided to push this out early. This will also allow them to get more feedback on issues with it.

These new levels include the brand new electricity game mechanic and resource, which mixes up the gameplay a little as it works differently. To produce it, you will need to constantly feed power plants for other buildings connected and so it does add a little bit of extra depth to the gameplay as well as present some interesting challenges.

As a reminder, the level editor is built-in and so it does work on Linux which is great. Steam Workshop support too for easy level uploading and downloading so even when you finish the official levels there's plenty more to try out. A quick look over it today shows a rather healthy community, with almost 300 levels made by the community. 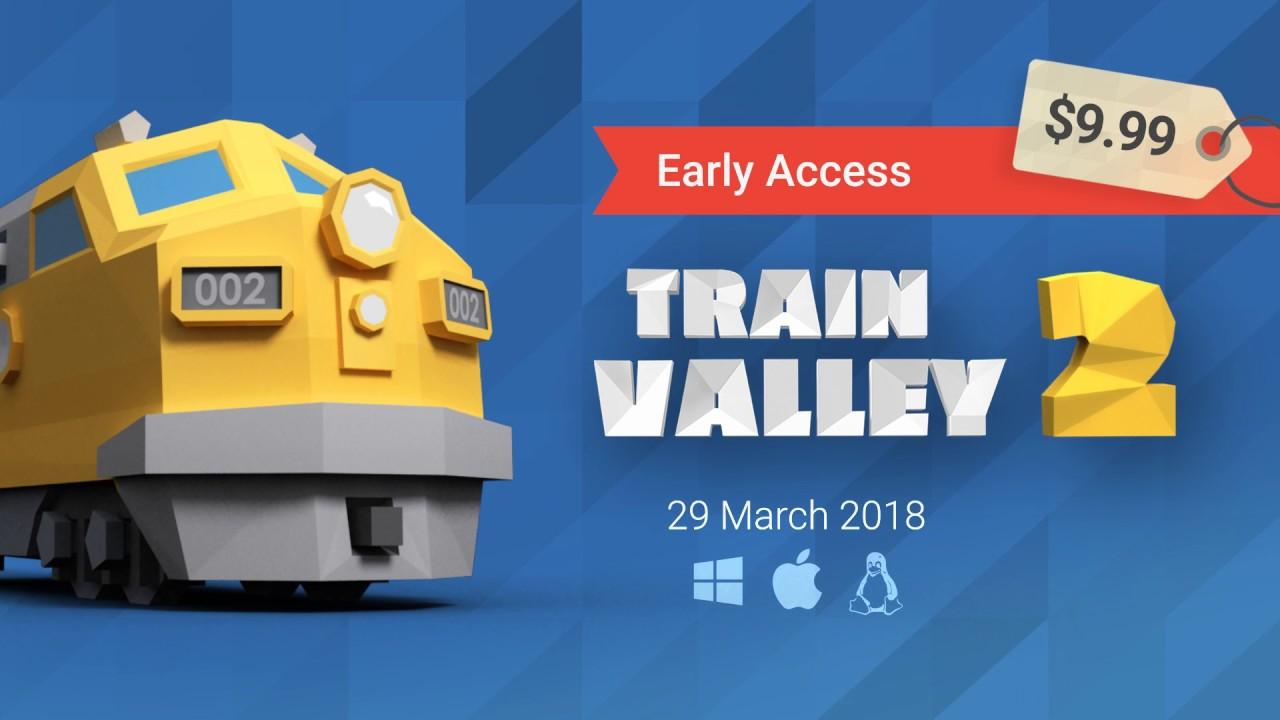 View PC info
Bought this a while back, but haven't played it yet, waiting for official release. The first one was brilliant.
0 Likes

Quoting: ArnvidrThe first one was brilliant.

Totally agree, one of my fav games over the last years.

Unfortunately... (personal opinion rant)
Spoiler, click me
the sequel is more of a resource management/transport tycoon-ish game rather than a tiny puzzler like the first game. They should have called this one "Train Valley Tycoon" instead as it's a completely different game and can hardly be called a sequel.
I try to stay away from strong words like 'hate' but... I really loved the first game and strongly dislike the sequel. /rant
Anyway... the devs are cool. Definitely worth trying both games and make up your own mind!
Think of Train Valley 1 as a railway building puzzler, and Train Valley 2 as a simplified tycoon-esque resource transportation game.
0 Likes
While you're here, please consider supporting GamingOnLinux on: