Want to see the very popular Stardew Valley on Linux? There's a chance 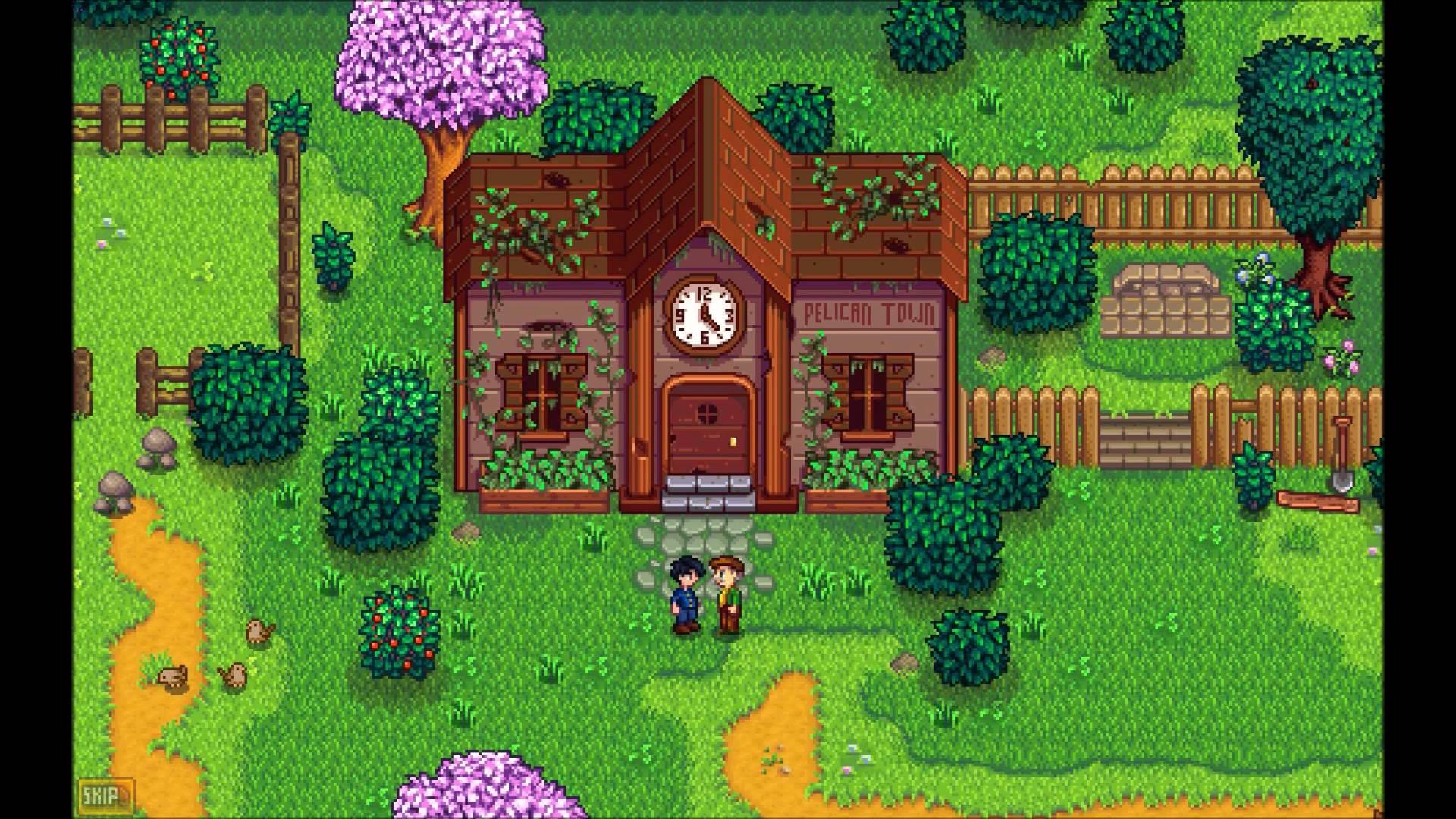 YouTube videos require cookies, you must accept their cookies to view. View cookie preferences.
Accept Cookies & Show   Direct Link
Stardew Valley from ConcernedApe and Chucklefish is a big hit right now, and it's possible it could come to Linux without enough of a push from Linux gamers.

There's currently 26,186 online on Steam playing the game, it's currently "the big thing". It would be a real shame for us to completely miss out on it.

Ethan Lee (@flibitijibibo) porter of many games to Linux recently said this on their Steam forum:


QuoteTook it apart and it seems to work with FNA...

... but there are some calls to user32/imm32 and System.Windows.Forms so the result is a black screen when I try to work around them. I can hear some background sounds and the game is technically swapping buffers (it's just presenting a screen that hasn't been drawn to, only cleared), but I guess something involving the Win32 interop is resulting in a silent error. Would be happy to look into this further if the developer is interested.

For those that don't know Ethan ported Waveform, Eversion, Vessel, Super Hexagon, Proteus, Capsized, Gateways, and many more to Linux

If you want to see it on Linux, it would be a good idea to let them know in that forum topic linked above (just saying +1 is considered spam though, make it interesting!). You could also tweet chucklefish and ConcernedApe to let them know.

I really hope they either work with Ethan to port it, or do it themselves. I really want to give it a go. Article taken from GamingOnLinux.com.
Tags: Editorial, Steam
0 Likes
We do often include affiliate links to earn us some pennies. We are currently affiliated with GOG, Humble Store and Paradox Interactive. See more here.
About the author - Liam Dawe

Segata Sanshiro 1 March 2016 at 8:06 pm UTC
View PC info
This looks a lot better than all the recent Harvest Moon games, hope it gets ported!
2 Likes, Who?

View PC info
I really wish this game would come to Linux, my family (especially my Mom) played the PS1 version of Harvest Moon for over 9 years. For me this is also the kind of game I'd want to play after a long day out.
1 Likes, Who?
neowiz73 1 March 2016 at 8:22 pm UTC

View PC info
Chucklefish has Starbound working quite nicely on Linux. although they are the publisher of this title not the developer. so... we can only hope

I did post on the steam forum post as requested. Maybe Ethan can work his magic and make it happen.
0 Likes

View PC info
From stardewvalley.net on September 16, 2015- "The game is very close to being finished. I don’t have a set release date yet, but it will certainly be out this year. Single player is 99% finished, but needs a more polishing and debugging. Multiplayer still needs some work, and I am looking into possibly switching to MonoGame, which would allow for a Mac and Linux release. I can’t make any promises about that, but I’d really like for it to happen."

Sounds like they're focusing on multiplayer for now, then possibly doing it themselves. Definitely exited for this one!

spjoeI play this with wine and it works well.

winetricks xna4 and dotnet4 are needed.

are you running it as windows xp or 7?
0 Likes

It's been more stable for me in wine, than it has for the girlfriend on Windows.

View PC info
Steaming from Windows Laptop to SteamOS, seems to run well on 3rd Gen i5 with modest specs. Doesn't run in WINE Day 1 from my efforts.

Will buy 4 more copies later when native Linux comes out.


QuoteMultiplayer still needs some work, and I am looking into possibly switching to MonoGame, which would allow for a Mac and Linux release. I can’t make any promises about that, but I’d really like for it to happen.

I think he should port to FNA if it's XNA 4.x just like Terraria did.

30 Hours in, it's Freekin Fantastic.

ElectricPrismSteaming from Windows Laptop to SteamOS, seems to run well on 3rd Gen i5 with modest specs. Doesn't run in WINE Day 1 from my efforts.

Will buy 4 more copies later when native Linux comes out.

I hope this doesn't come off as strange, but are you LucidFlux?
0 Likes

WorMzyIt's been more stable for me in wine, than it has for the girlfriend on Windows.

Strange answer for GOL, and I don't mean the stabler than Windows part.

The game looks like Gameboy Color on ecstasy, but the user base size is really impressive.
1 Likes, Who?
1/2»