The vehicular combat MMO has released its 1.81 update which brings a number of goodies for players, including several helicopters that are available for testing. 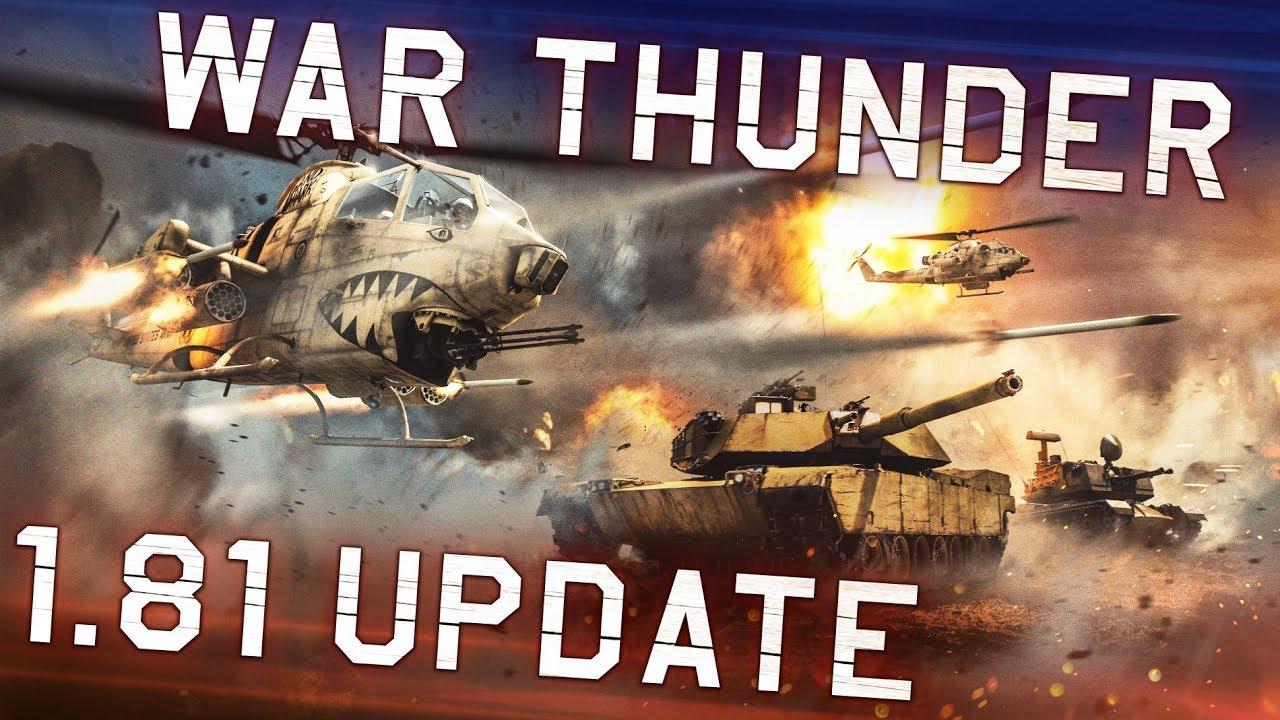 War Thunder has kept on adding new content steadily over the years. New airplanes, tanks and nations have all been introduced with time and now helicopters have made their way into the game. Though initially limited to the United States and the USSR, the twenty or so new machines are a taste of things to come for this rather fun MMO.

The helicopters are still currently in testing, so to access them you’ll either have to buy a premium pack of helicopters or complete daily tasks to be receive tester status. The testing period will range from today until a month from now and you can also earn a special decal from participating. You can see more details here.

Aside from the helicopter testing, the 1.81 update has plenty of new toys for players to enjoy. For starters, new ground vehicles and planes have been added for multiple nations. Familiar names like the BMP-2 and Warrior have made it in as well as others like the TAM and a variant of the Me 163. I look forward to being mercilessly blown up by these new foes.

There’s a couple of new maps as well—ground forces get to duke it out in the American Desert while pilots can enjoy furballs over Vietnam. Those players in the closed beta testing for naval vehicles will also be able to play in two new maps: one based on the Mediterranean and the other on the Scandinavian coast.

A lot more has gone into this patch and most aspects of the game have been tweaked in some form. There are the usual bug and balance fixes but also new weapon loadouts, changes to the flight model of certain planes, the damage model and other things. It’s a bit too much to list individually, but you can check it out for yourself in the changelog.

You can try out this free-to-play MMO by getting it off its official site or through Steam. You may also want to check out my interview with the CEO of Gaijin regarding Linux and their work-in-progress Vulkan renderer.

View PC info
One would assume they would have mentioned it in the patch notes. For last week I can confirm bad performance random crashes and giant trees outside my cockpit window. Groundforces worked okish. Not sure about now, but I do not feel like downloading the patch currently.
0 Likes

Ever since 1.79 I can play on movie settings and stay mostly over 90fps now. I used to have really bad performance without setting DPM to high instead of auto (forcing max clock speeds on GPU) Now I do not have to do that. I'm running Debian buster with mesa 18.2.0 from the experimental repos. This is on my RX 480. I see you are using a 5850, when I last tried with my 6950 i had bad performance and tuns of graphical glitches. I can test again with my 6950, although I have a feeling even the FX 8350 will be holding it back
0 Likes
TheRiddick 20 Sep, 2018

View PC info
The vulkan performance is good but doesn't work with a few desktop compositors, to get vulkin working the best, I had to use compiz on my plasma5 desktop (no big issue) and set up special decorator and fullscreen conditions for dragor2 (the game class) in order to get the game running in border-less fullscreen which doesn't exist in the config.blk btw. (pick windowed).

Some people are lucky and it just works, but you do need to disable and change some stuff in the config.blk. For those interested in running it without issues refer to the warthunder linux forum!!!

We are all waiting for gaijin to fix the few outstanding bugs with the vulkan support, they are taking their time.


Last edited by TheRiddick on 20 September 2018 at 6:22 am UTC
0 Likes
While you're here, please consider supporting GamingOnLinux on: